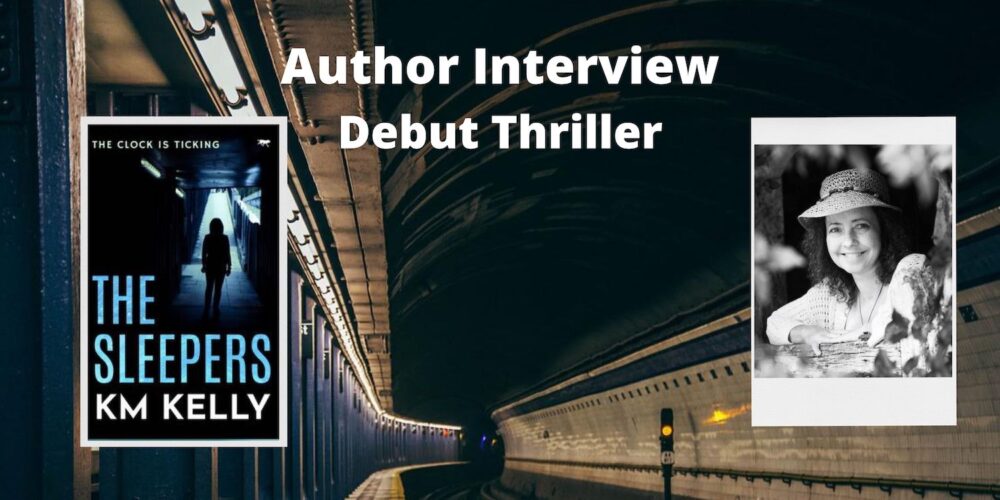 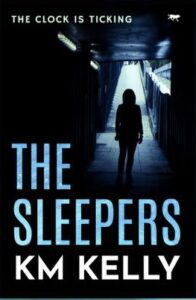 A time bomb is ticking—but what if that time bomb is you? A chilling novel of intrigue, terror, and one man and woman in a race against the clock . . .

Sylvie is running. Running from the memories of a terror attack in London she experienced as a child, a catastrophic event in which her brother died. Running from her abusive boyfriend. And running from a warning, given to her on a station platform in Nantes: Someone is trying to kill her.

Corran isn’t really Corran. He’s working deep undercover to infiltrate the political organisation that looks set to win the upcoming British election—a group that doesn’t appear to have existed a few years ago. Corran has been sent to find out who’s behind them and what their true agenda might be.

But he messes up. All he has is a list of names, Sylvie’s included. Only with time does he begin to see the connections. Are those on the list, who were caught up in the London terror attack ten years ago, now being systematically taken out? The hit list will force Corran and Sylvie into a reluctant partnership, and into the centre of a looming threat that could explode at any moment . . .

“Sucks you in from page one and doesn’t let go. Packed with tremendous action.” —Rob Samborn, author of The Prisoner of Paradise and Painter of the Damned

To purchase The Sleepers, click on any of the following links: Amazon, Amazon UK, and IndieBound

The Sleepers, your debut novel, follows Sylvie several years after she survives a terrorist attack. What drew you to that for your protagonist’s backstory?

As a Brit, terrorism has been part of my reality all of my life. I’ve been fortunate never to have been caught up in anything myself, but I remember hearing an IRA bomb go of once when I was in London with my parents as a child and, although I wasn’t nearby it was still quite scary. I drew on this when I was developing Sylvie’s story. But of course, there is more to the terror attack Sylvie was caught up in – as she soon finds out.

What should readers know about Corran?

Corran came into existence long before I started writing The Sleepers. I’m not sure where his character came from but it was a while before I worked out what his story actually was.

Only when I first had the idea for The Sleepers did I realise that this was where he belonged.

The Sleepers includes multiple point of view characters. What was your process like for that kind of structure?

I enjoy writing multiple Points of View because it gives you the chance to show things from different perspectives, which is useful since people see things very differently. Then its up to the reader to decide who to believe.

But when I’m writing this way I find it helps to keep to one Point of View per writing session. That was I can keep focused and in that one person’s head.

Tell us about your road to publication with The Sleepers:

I have always loved thrillers. It must be my favourite genre, both in literature and film. So it felt natural that this was the genre I was going to write in. My first effort, a speculative thriller, had a lot of interest when I first started submitting it, but ultimately failed to find a home. However, several publishers had said that they would like to see any further novels I might produce.

So once The Sleepers was ready to send out, I decided to skip looking for an agent and go straight to the publishers who had given me positive feedback. One of these was Bloodhound Books. Now part of Open Road Media. They were top of my list, and are now my publisher.

“When I’m not writing you’ll find me outside with mud on my shoes and the wind in my hair.”

What might we find you doing when you aren’t writing?

When I’m not writing you’ll find me outside with mud on my shoes and the wind in my hair.

I live in a beautiful part of the world and spend much of my spare time out exploring the woods and coast. I am drawn to the sea and I like nothing better than the taste of the salt on my lips.

I’m currently working on another thriller, this one set entirely in Scotland which is the country of my birth and is somewhere I always go back to.

Write the story that you would want to read. Write what’s in your heart. Write with passion. Don’t try to follow trends. Make new ones.

Introducing the cats, Amy and Mimsy.

They are rescue cats, mother and daughter, but now spend their days roaming the fields and woods behind the house. 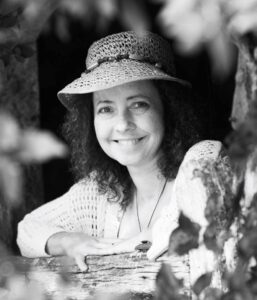 KM Kelly was born in Scotland but grew up running wild in the woods and fields of East Devon.

She has written numerous short stories which have been published in a variety of magazines and anthologies and was winner of the 2016 Yeovil Prize (short story).

She has now turned her hand to thrillers, always one of her favourite genres, and believes she has found her niche.

She lives in Dorset with her family and when she is not writing can be found exploring the remoter stretches of the Southwest Coast Path.

Header image from igorovsyannykov on Pixabay.

One Little Word, One Big Debut