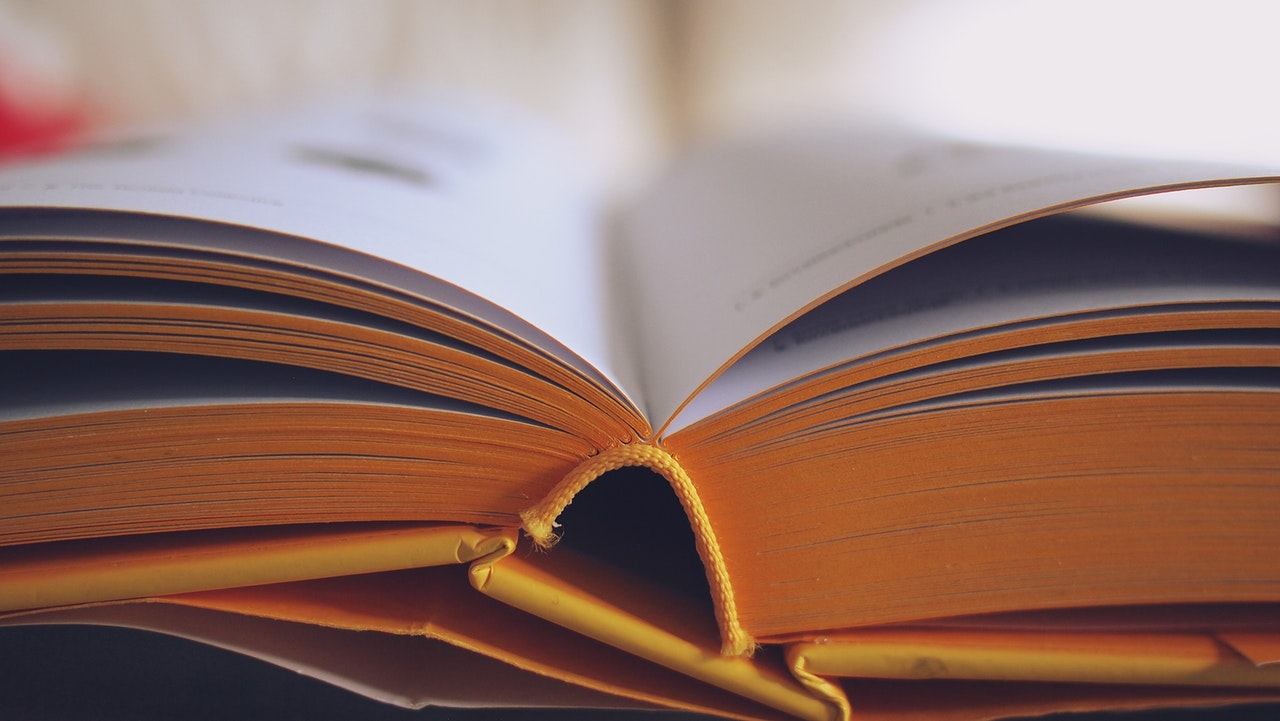 This week I’m thrilled to introduce my readers to three  ITW Debut Authors, Jessica Bayliss, John Copenhaver, and Saralyn Richard.  Young Adult (YA) to Adult fiction, there’s a little something for every reader. From horror to historical to hanging out with high society there’s plenty of murder and mayhem to go around. Drum roll please …
JESSICA BAYLISS 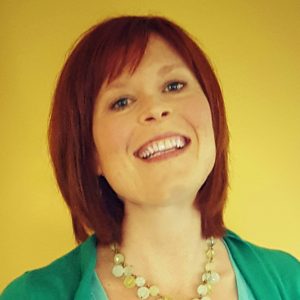 Jessica Bayliss is a fiction author with a Ph.D. in clinical psychology who loves all things reading and writing. Her work crosses genres including romance, urban fantasy, and horror. Although it’s typically advisable to focus on one audience, Jessica just can’t seem to settle down; she writes Middle Grade, Young Adult, New Adult and (eh hem) regular adult fiction.
Jessica also spends a great deal of time with friends and family. She is a lover of all animals especially one very special Havanese and one extremely ornery cockatiel. She also loves to cook, eat, and exercise (it’s all about balance, right?) and is a firm believer that coffee makes the world a better place. (I’m with you on that one Jessica!) You can also find Jessica on Twitter and Facebook. Her debut novel Broken Chords is available on Amazon, Kobo, Goodreads, and Smashwords. 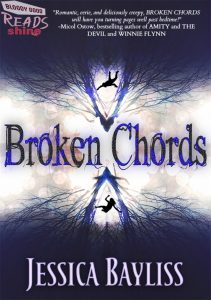 My book is called Broken Chords, and it’s a YA horror novella published by Leap Books. It’s about Lenny, a teen who tries astral projection with her friends at a music festival, and unfortunately for her, she catches the eye of a demon that is now able to tug her into its hellish realm whenever it wants. This is a fast-paced book, but it also has layers, and I love how the theme of cords/chords came together. It really just fell into place. I don’t want to give too much away—folks will have to read it to see how the click happened—but it did; it just clicked. This book was one of the most fun and satisfying to draft, actually.

My first book was sort of a random occurrence and, at the same time, a long-time coming. That sounds contradictory, but it’s true. For many writers, they’ve been writing for years. Not so much for me. I’ve dabbled a little bit here and there, but I mean it when I say just a little bit. And in 2001 I started a MG novel, which I then forgot because shortly thereafter I started graduate school. Fast forward to 2010 when I’m done with school, done with licensure (I’m a clinical psychologist), and have a real, grown-up job, and I decided I needed a hobby. I decided I’d try to write a book. I’d literally written nothing in all that time (except research papers, which is SO not the same thing). So, I started a book and it wasn’t working. Then I remembered the one I’d started all those years before. Amazingly, I had a copy of the file backed-up on my computer. I read it, cut a lot, and about a year later, that was my first book. So, both random and a long-time coming.

I’m about to dig back into revisions for another YA thriller I wrote earlier this year. I love this book. It’s a friendship story—a twisted friendship, that is—but like Broken Chords, it’s meant to be a fast-paced ride. The whole thing takes place on the NJ shore because this summer I was longing for an east coast beach vacation, and I didn’t get one. So, I wrote one for myself. That also includes a madman who sends two teenaged girls on a twisted game of dare. And their lives are at stake. (When I DO eventually get my shore vacation, I hope it won’t involve anything more threatening than sunburn and jelly fish stings.) I can’t wait to finish this one and share it.

Thanks for visiting with us, Jessica! Looking forward to reading your work. 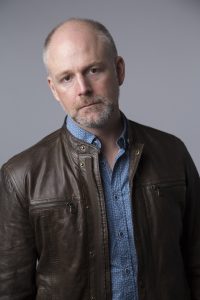 John Copenhaver grew up in southwestern Virginia and graduated with a BA from Davidson College, MA in literature from Bread Loaf School of English, and a MFA in fiction from GMU, where he served as Executive Editor of the literary magazine Phoebe.

Currently, he chairs 7-12 English Department at Flint Hill, a college preparatory school, outside of Washington, DC, where he live with his partner Jeff and two ridiculously photogenic dogs, Winky and Roxy. Dodging and Burning is his first novel. He also reviews crime fiction at Lambda Literary, you can find his column, Blacklight, here. To learn more about John, visit his website, and find him on Facebook and Twitter.

THE INTERVIEW
What is one of your favorite elements in your debut novel?

The twist in the final pages of the novel came as a surprise to me. For obvious reasons I can’t say much about it, but I will say that it was a discovery I made while writing, not something planned from the beginning. The realization was thrilling to me. That I had Bunny Prescott, my debutant-cum-novelist, make the discovery was entirely (yet unexpectedly) appropriate. She’s had to reckon with her own culpability in the past; her imagination is darker as a result. She can discern evil where Ceola can’t, whose hopefulness is a kind of blindness.
What led you to writing your first novel?
Many years ago, I took a class in graduate school called “Photography and Modernity.” It was a literature course about how photography, particularly the mass reproduction of images, changed modern life and literature. We spent a lot of time discussing the power of the photographic image to communicate—and miscommunicate. At some point, I wondered what it would be like to tell a story that pivoted around an evocative crime scene image that served as the primary evidence for a murder that couldn’t be verified. With photography, the enticement is always to focus on what the photograph displays, not what is just beyond its frame. I was fascinated with the way photos gather meaning when provided with context in the form of a story. The question is: Is that story the truth?
What are you working on now?
I’m polishing up a novel manuscript set in post-WWII DC about two teenage girls, one of whom is (perhaps) a budding sociopath. They work together as amateur detectives to unwind the mysterious connection between an assault on their favorite teacher and the brutal murder of a classmate. I like to think of it as a femme fatale’s coming of age story: What were Cora Papadakis and Kathie Moffat like as young women? Can we have sympathy of the succubi?
What a great concept! Looking forward to the launch of your debut.
SARALYN RICHARD

Saralyn Richard has been a teacher who wrote on the side, but now she is a writer who teaches on the side. Some of her poems and essays have won awards and contests from the time she was in high school. Her 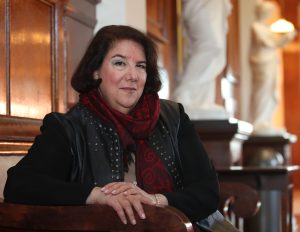 When not writing, Saralyn likes going to movies and concerts, traveling, and walking on the beach with her husband and two dogs. She is an avid reader and is working on her second mystery, Murder at Lincoln High. Saralyn is a member of International Thriller Writers and Mystery Writers of America. For more information on Saralyn, you can visit her website, follow her on Facebook, Pinterest, Twitter, and LinkedIn 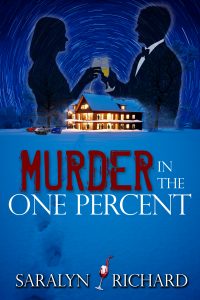 There is a certain appeal in reading a “locked room” mystery, where all of the suspects are “locked” in a particular setting at the time a murder takes place. No one has come in or gone out, and everyone has the means and motive to commit the crime. Like the detective, the reader must work out the possibilities within the narrow confines of the small setting.

In my debut mystery, Murder in the One Percent, thirteen people attend a weekend party during a snowstorm in a country mansion on a Pennsylvania horse farm. After much eating, drinking, and cigar-smoking on Saturday night, everyone retires to their rooms, and when they reconvene, one of them is found dead—on the fourth floor. The fact that all of the guests are wealthy and powerful citizens with unblemished reputations is enough to worry the detective and the police chief, but it worries the other guests, and hopefully the reader, too.

Some years ago, I attended a birthday party/weekend retreat like the one described in the book. That Saturday night I commented to another guest that this would be a great situation for a murder mystery. When I joined a writers’ critique group and considered what to write, I remembered the situation and began inventing the ensemble cast of ultra-rich characters, the connections between them, and the events that would ultimately turn their lives inside out. Once the young and unsophisticated detective made his entrance, the book took on a life of its own, as the contrasts between one-percenters and those who serve them propelled the story forward. Adding a jigger of greed, a splash of lust, and a garnish of jealousy, I felt I had the perfect story.

Currently, I am revising my second novel, Murder at Lincoln High, and contemplating a third mystery in which I bring back Detective Oliver Parrott.

Sounds like the perfect recipe for a rollicking good mystery! 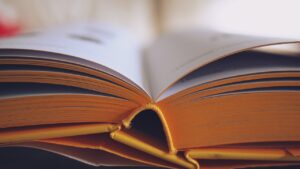 Prompt for the Week: July 17

Thomas and Mercer Author and her Debut Mystery