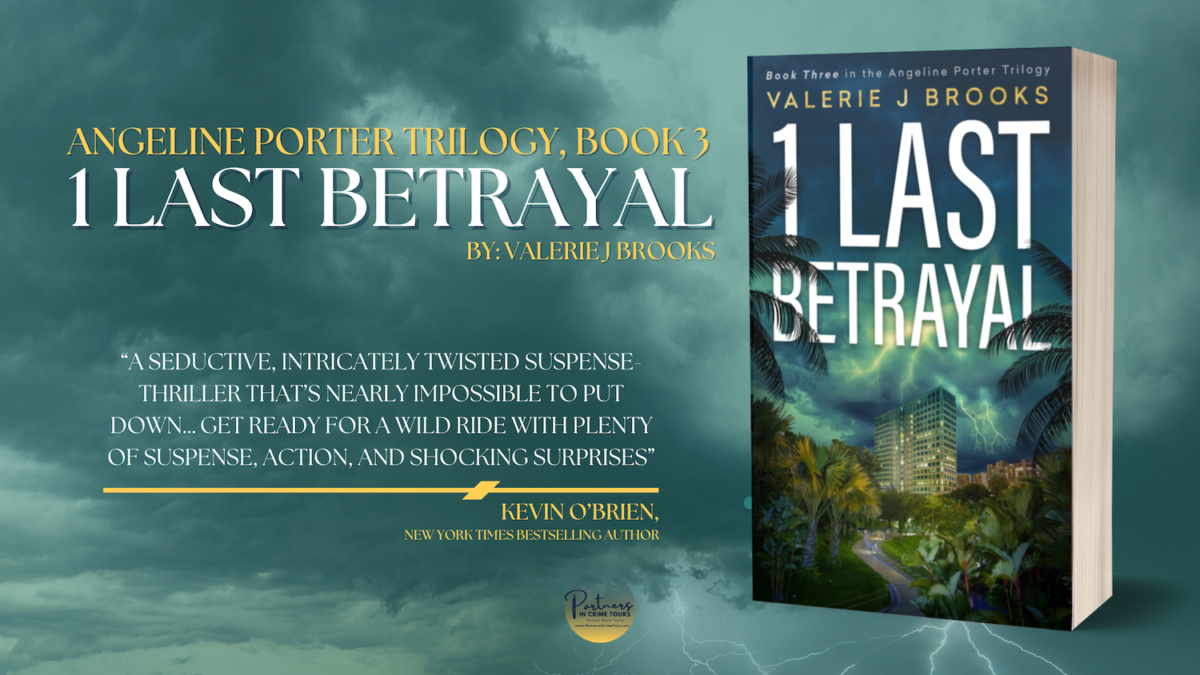 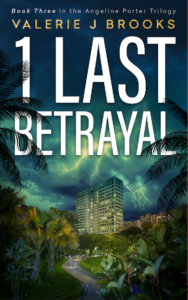 A complicated history. A deadly future. Can one woman survive another deep dive into the rotten underbelly of crime?

Angeline Porter craves a return to normalcy. But when the former criminal defense attorney receives an alarming text, she races in desperation to Florida only to find a ransacked apartment, a poisoned dog, and a missing half-sister. Determined to rescue her sibling, she follows a trail of shockingly incriminating clues and plunges into a life-or-death fight with the Boston mob.

Taking advantage of old ties with a charming FBI agent and trying to outsmart a violent syndicate boss with powerful federal connections, Angeline and dubious allies begin tracking down the kidnappers… until she uncovers a supposed protector’s crafty deception. And while a nefarious rogue agent, a long-lost relative, and a possibly corrupt cop close in, the gutsy woman makes the risky decision to go it alone.

Is her headlong race to save her sister about to zip her into a body bag?

1 Last Betrayal is the suspense-laden third book in the Angeline Porter Trilogy of femmes-noir thrillers. If you like bold heroines, riveting twists, and balancing on the knife’s edge, then you’ll love Valerie J. Brooks’ gritty descent into the underworld.

I didn’t plan on being a writer. I loved to write, but my early writing experiences brought so much shame and embarrassment that I didn’t seriously take up writing until later in life. Instead, I focused on my artistic ability and decided to attend the Boston School of Fine Arts after graduating high school, although that did not happen either for entirely different reasons.

From a young age, I would spend my alone time reading or drawing. My mom kept some of my work, mostly poetry, drawings, and photographs I took of the neighborhood boys. When my brother and I played with his plastic Indians and Cowboys, I used them to create dioramas and would take pictures with my Kodak Brownie camera. From about age eleven, I kept a diary and wrote in it faithfully, loving the act of using a pen on paper, describing my time with my family and friends, and of course, trying to work through my teen angst.

When I was twelve, I was “chubby,” and I escaped the reality of being bullied by fantasizing about the Beatles. At that time, almost every girl my age did the same. I imagined myself as George Harrison’s “bird.” My best friend loved John Lennon, so I wrote in my diary about our adventures, the four of us heading to a concert or buying clothes at shops along Carnaby Street. When another friend professed her love of Paul and a fourth classmate pined for Ringo, we formed a Beatles club. We wrote stories about our lives with the Beatles as their girlfriends and shared them with each other. I loved writing about being backstage during the concerts and being thin, mod Patty Boyd. One day a teacher caught Ringo’s girlfriend with her latest story, and after reading it, the teacher sent her to the principal’s office. The rest of us were called in, and our parents were notified about the club because that one story included kissing and fondling. Our classmates heard about what happened. They didn’t say anything.

The silence was worse. The shame and embarrassment sent me home in tears. That ended my story writing.

When I turned fifteen, I met a boy from Boston who vacationed nearby in the summer. We would meet near his family cottage down the road by the lake. It was innocent, but my parents didn’t consider me old enough to have a boyfriend. I couldn’t believe that a boy liked me a least a little. One evening at dinner, my dad asked what I’d done that day. I said I’d gone down to the lake.

“To meet that boy?” How did he know? I prepared for the worst—to be lectured and then grounded. Dad kept eating. No one said anything. I didn’t know what to do. I tried to eat but couldn’t. Finally, he said, “You shouldn’t leave your diary lying around.”

I felt sick. I didn’t leave it lying around. I thought I kept it well hidden. Had he been reading it all this time? The silence continued. Dinner ended. Nothing happened—except I destroyed my diary.

In contrast to writing, my artwork drew everyone’s approval. I enjoyed painting and drawing, but I had no passion for it, and the desire to paint or draw only came from the reward of approval. I did find it quieted my mind and felt peaceful to do. Plus, I could draw a sad face or paint a fallen ballerina, and no one asked why.

After I had moved to the West Coast and settled down with my husband in the McKenzie River Valley, I took art and writing classes at the University of Oregon, thinking I would be safe in that academic environment. I’d written a few short stories and wanted desperately to write a novel. Again, I received encouragement and support with my art. But in my advanced writing class, a group of young men verbally shredded my assignments during the feedback sessions. We’d been instructed as to how to give constructive feedback. One example of something one of the boys would say was, “Why are the guys in your stories such emotional doormats?” followed by a burst of laughter from the group. They weren’t serious or even cared about writing. I told the guy he wasn’t being helpful, and the group snickered. I looked to the professor for backup, but she ignored it and went on to someone else. By this time, I’d had it with my work being stepped on, and I became defiant. I worked on my assignments late at night after my husband and son were in bed, and I started a novel.

The turning point came when I went to work as a strategic planner at a community college. As an employee, I could take classes for free, and I enrolled in a course called “Film as Literature.” It combined my interest in a visual medium with my love of writing. That year, the course focused on film noir. I could not get enough. We studied each film’s three-act structure, dialogue, and characters. I was not taking the class for credit, so I didn’t need to do the assignments, but I did each with fury and passion. At the end of the year, we had to complete an overview of the films and write about the aspects that defined film noir. From motifs to camera angles. From femmes fatales to lovable losers. From the use of black and white in classic noir to the changes that happened with color and neo-noir. When the professor returned our year-end project, she wrote on mine, “You should be a writer.”

The professor, Susan Glassow, became a friend and mentor. I studied the craft of writing on my own and in workshops. I worked hard. I served four years as a fiction editor for Northwest Review, the University of Oregon’s literary magazine. I joined writing organizations and attended conferences. My imagination joined forces with my abilities and knowledge. I no longer feared what would happen when others read my words. They would either enjoy them or not. They would either like my characters or not. They could pick up my book or put it down. I’d found a voice that was mine—the tough, resolute voice of a female protagonist who didn’t sugar-coat or romanticize life and could not be silenced. 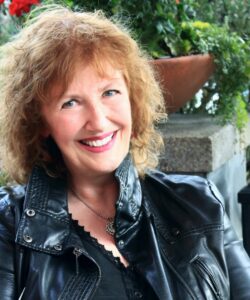 NYTimes bestselling author Kevin O’Brien called her second novel TAINTED TIMES 2 “… a real nail-biter from first page to the last.” Heather Gudenkauf, NYT bestselling author of THE WEIGHT OF SILENCE and THE OVERNIGHT GUEST calls Brooks the Queen of the Femmes-noir Thriller and says her upcoming 3rd novel 1 LAST BETRAYAL is “explosive” and “Brooks drops us into the dark underbelly of organized crime, and we love her for it.”

Brooks is a member of Sisters in Crime. Her awards include an Elizabeth George Foundation grant and five writing residencies. She teaches workshops and classes on writing noir and creating plot twists. Brooks found her love of thrillers as a teen after turning in a hitman to the FBI.

She lives in Oregon with her husband, Dan Connors and their Havanese pooch Stevie Nicks. 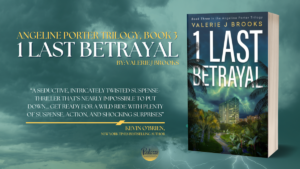 At Any Cost: New Suspense by Andrea Kane