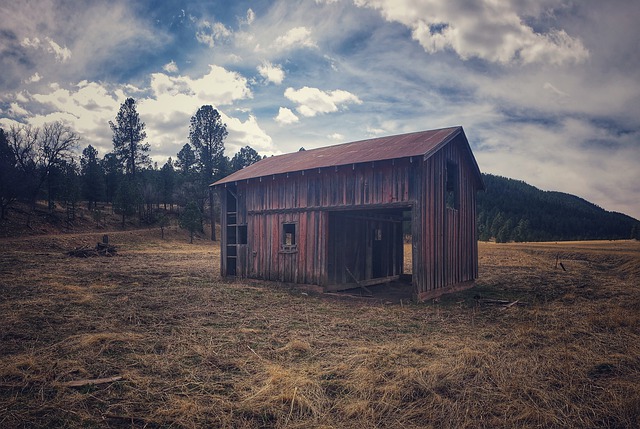 I love hosting fellow Crooked Lane authors on my blog!

Check out this starred review from Publishers Weekly. Click the link below to read the full.

“The tight, well-constructed plot complements the searing portrait of Camille as she deals with the guilt she feels over her daughter and her general rage at the world. Lewes is off to a strong start.”
—Publishers Weekly, starred review 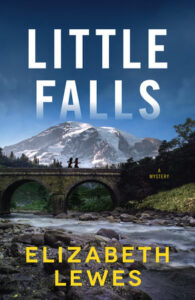 She tried to forget the horrors of war–but her quiet hometown conceals a litany of new evils.

Sergeant Camille Waresch did everything she could to forget Iraq. She went home to Eastern Washington and got a quiet job. She connected with her daughter, Sophie, whom she had left as a baby. She got sober. But the ghosts of her past were never far behind.

While conducting a routine property tax inspection on an isolated ranch, Camille discovers a teenager’s tortured corpse hanging in a dilapidated outbuilding. In a flash, her combat-related PTSD resurges–and in her dreams, the hanging boy merges with a young soldier whose eerily similar death still haunts her. The case hits home when Sophie reveals that the victim was her ex-boyfriend–and as Camille investigates, she uncovers a tangled trail that leads to his jealous younger brother and her own daughter, wild, defiant, and ensnared.

The closer Camille gets to the truth, the closer she is driven to the edge. Her home is broken into. Her truck is blown up. Evidence and witnesses she remembers clearly are erased. And when Sophie disappears, Camille’s hunt for justice becomes a hunt for her child. At a remote compound where the terrifying truth is finally revealed, Camille has one last chance to save her daughter–and redeem her own shattered soul.

Available in hardback, ebook, and audio.

To buy the book, click on any of the following links: Powell’s, Amazon, Barnes & Noble, IndieBound, and Penguin/Random House

Elizabeth Lewes is a veteran of the United States Navy who served during Operation Enduring Freedom and Operation Iraqi Freedom.

An analyst and linguist by training, she now practices law in Seattle. Little Falls is her debut novel.

The Interview with Elizabeth Lewes: Author of Little Falls

You served in the United States Navy during both Operation Enduring Freedom and Operation Iraqi Freedom and now you practice law. That’s a complex history to bring to your debut novel. How do your real life experiences influence your fiction?

Well, I don’t write about lawyers!

More seriously, though, my experience in the military and as a veteran has heavily influenced the subject matter of what I write, but my life has been very different from that of Camille, the main character in Little Falls.

Unlike me, Camille was deployed and saw combat as an Army medic. During my stint in the Navy, I worked intelligence and was never deployed. However, the idea of Camille first struck me when I was sitting in a physical therapy clinic on the Army base where I worked.

It was during the first couple of years after Iraq and some of the guys were coming back literally shredded and we were hearing about a huge spike in suicides and mental health issues. But no one was talking about the women who were coming back.

Ever since then, I’ve been very focused on the women who are veterans and how their lives as vets—especially those who are combat vets—are so different from male veterans and female civilians.

Tell us about the town of Little Falls, Washington. I’d love to know how your friend Special Agent Luke Thomas inspired it! And tell us about Loomis 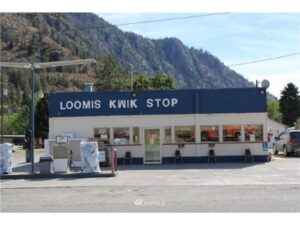 Luke and I used to work together (he’s a recovering lawyer who made the smart choice to go FBI). His family has some land up in the Okanogan that they lease to a rancher.

Several years back I joined up with some friends to buy beef from their tenant and one December a few days before Christmas, I volunteered to make the annual drive out to the butcher’s in Tonasket.

By then, I was already toying with the idea of Camille’s story, but had not been able to figure out where the story should be set.

Camille is not an urbanite by any stretch of the imagination. Instead, I had this image in my head of Camille in a beater truck by the side of the road with a mountain on one side and this gorgeous rolling plain on the other.

And as I was driving north up the highway in the first flurries of what turned out to be a massive snow storm, I realized I had found Camille’s home.

Loomis is a tiny town up in the northwestern part of Okanogan County. It has a post office and a small church and a few houses and not much else. It’s really the perfect place for someone who wants to surround herself with the hills instead of people.

None of us expected to launch books during a pandemic, but it’s a special challenge to launch a debut novel during this time. How are you adapting to the changes brought about by restrictions, homeschooling, social distancing, and so many author events moving online?

In some ways it worked out well for me. I’m a lawyer by day and I have two little kids, so making it to an in-person reading or book signing would be really difficult for me.

The online experience has been pretty good, frankly. I’ve done a few interviews, one of which was on the radio in California, and lined up a couple of blog tours.

It also forced me to figure out how to use Twitter!

Ha! We’ve covered the vet, writer, and attorney statuses above.

As for being a mom, I have two girls, both of whom are still quite young. People are usually a little surprised when I tell them how young my kids are because Sophie is very much a teenager. That’s when they ask if I was as much of a rebel as Sophie is!

It’s funny because much of Camille and Sophie’s relationship is drawn from my research about how veterans with PTSD sometimes have a difficult time bonding with and relating to their kids and domestic life. 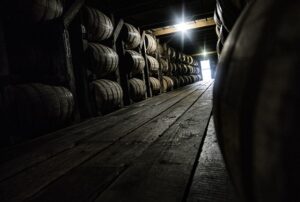 And another part of their relationship draws on my experience of my mom remarrying when I was nine because in a lot of ways it felt like an abandonment even though she did not remotely abandon me. (Hi, Mom!)

And the rest of their relationship draws on my abject terror about becoming a mother. I was pregnant while I was writing the first draft of Little Falls and I was just terrified that I was going to complete screw up this poor kid because I very much still think like a sailor and have a bit of an authoritarian streak.

I’m pretty sure she’s not too maladjusted at this stage, but we’ll see what she’s like when she’s 15….

Oh, and bourbon. My mom is from Kentucky. It’s kinda required to like bourbon.

What would you most like civilians to know about the service men and women struggling with PTSD?

That PTSD does not come in one or even 49 flavors.

And, there are a lot of people in the military and veterans who have PTSD for multiple reasons, not just because of one firefight or one bombing or one dirt bag officer or chief who didn’t stand up for their sailors.

Unfortunately, we still have hazing and sexual assault in the military. We still have commands that treat women and men who stick up for them like dirt. We still have senior personnel who belittle servicemembers for trying to get help for their mental distress.

Don’t get me wrong, there are a lot of good people in the military who care and who are pushing the ball forward. But all you need to do is read about Vanessa Guillen to know that we’ve got a ways to go.

What are you working on now that Little Falls has launched??

I’m working on the next part of Camille’s story.

It’s tentatively title PERSECUTION and picks up her thread a few months after Little Falls ends.

I’m excited about it because I’m tackling some of the issues around sexual assault and the role of women in civilian society that I didn’t have space for in Little Falls and that really shapes who Camille is and also who Sophie is, frankly.

Keep dreaming. Keep writing. Keep querying. It can be painful, but it’s totally worth it.

Great to have you on my blog—can’t wait to read Little Falls!

Header photo by JamesWilson2891 on Pixabay.

The Resentment: A New Thriller