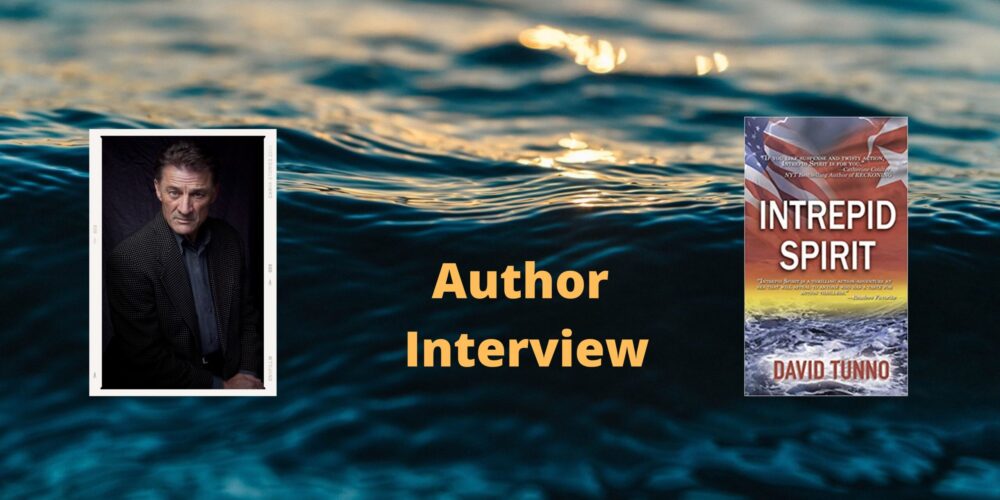 Past and present cross swords in Intrepid Spirit, an action adventure naval thriller that weaves history, romance and the supernatural in a modern-day high-seas adventure.

Troubled navy hero, Moses Redding, commands USS Constitution, “Old Ironsides,” in a battle to foil a jihadist plot by the descendants of her historic foes, the Barbary Coast pirates.

“Intrepid Spirit is a swashbuckling tale on the high seas that will put saltwater in your veins as the crew of the Constitution battle international terrorists using only their wits and the canvas sails and black powder guns of the historic warship.” —Dirk Cussler, Bestselling Author

To purchase Intrepid Spirit, click any of the following links: Amazon and Barnes & Noble

Intrepid Spirit follows Lt. Moses Redding after he incites an international incident on the eve of Mideast peace talks. What caused him to incite that incident? What was his goal?

He was confronted with a situation involving a boat full of Iranian refugees attempting to flee across the Gulf from Iran. They were pursued by an Iranian navy vessel. Redding was in command of a US Navy vessel and wanted to intercede on behalf of the refugees, but was stopped by the US Navy who heard the radio transmissions from the Iranians that they were pursuing terrorists.

The few seconds that delayed Redding from attacking allowed the Iranians to destroy the refugee vessel and all on board. Redding disobeyed the order and destroyed the Iranians, resulting in a major international incident on the eve of the peace talks and leading to his being pushed into a command that would, supposedly, keep him out of trouble.

The delay in his actions haunts him thereafter and hints at what might happen to him later in the story.

What should readers know about Moses Redding and Dr. Miriam Hannah:

One is from Venus, the other from Mars.

He is the alpha male and a man of action, but with a reputation in the navy as a lone wolf and a problem. He lacks social graces, and sees life in fairly simple terms, right v. wrong, but is the guy you want to be standing next to in a fight.

She is the whole package, beauty and brains, who can hold her own in an argument in many languages. She’s an east coast intellectual, who grew up in the bubble of that culture, and the top aide to the vice president, point person on the peace talks.

Without knowing the full story of the incident, Redding’s actions in the gulf put him at odds with her from day one. There is a mutual attraction, but that doesn’t stop the battle of sexes conflict between them that produces a lot of comedy, but also some touching moments as the romance slowly develops.

What drew you to writing about a world-wide jihad for your debut novel?

Intrepid Spirit is the novelization of one of my screenplays.

The story was inspired by the events of 9/11, combined with my knowledge of the history of USS Constitution, built to fight the Barbary Coast pirates. Given that history, and 9/11, and the many conflicts in that region over the last two centuries, the premise of the story is that, in effect, the Barbary Coast wars never really ended.

The fact of the ship being still a US commissioned warship, the oldest in the world, and one known to be haunted, helped make the story come alive, pitting old against new and history repeating itself in an against-all-odds tale. The “fact” of the ship being haunted made making her a character in the story that much easier.

Tell us about the research you did for Intrepid Spirit?

The research was extensive. Including, but not limited to the following:

You are a retired trial consultant, including for some very high-profile cases, such as OJ Simpson and Rodney King. Tell us about some of the highlights of your career:

The media is always more interested in high-profile criminal cases, so those are the ones that stand out. I worked on the Rodney King federal trial and was a TV commentator on the Simpson, Unabomber and Michael Jackson cases. But almost all of my cases were civil trials, some of them very large in terms of dollar value, patent cases predominantly.

Immediately following the Simpson case, I started writing a book on the American jury system and continued doing research and collecting references over a period of 16 years. Fixing the Engine of Justice: Diagnosis and Repair of Our Jury System was the result. That was published in 2012 and I’ve been collecting additional references since then for a second edition, which I hope to get around to completing someday soon.

Trial consulting is a stressful occupation. You work for lawyers in the stressful environment of high-stakes litigation. But it is rewarding in that it is challenging both intellectually and creatively. Authors would appreciate that a trial consultant is looking for the hook in a story, something to build a winning theme around and they help write a story that takes very complicated information and make it understandable and memorable to a lay jury. It’s a job that combines science and art, left and right brain thinking.

I’ve just completed the recording of the audiobook edition of Intrepid Spirit and will be submitting it to a publisher/distributor. From there, it’s on to marketing of the book and figuring out which book to write next.

Now that I have both self-published (jury book) and traditionally published with Intrepid Spirit, my first advice to writers is to put a lot of thought into what they want for themselves and their book.

Having spent a lot of time over a 16-year period writing my jury book, a self-published, due to my losing patience with finding a publisher. Intrepid Spirit taught me how long it can take to get traditionally published when you are a debut author. But my experience with self-publishing made me determined to be traditionally published. I knew my story was worth it, to start with, but I view self-publishing as something anyone can do. They will all take your money and give you a book. For me, that means it’s not much of an accomplishment. Doing something well that’s really hard to do is an accomplishment.

So, figure out what you really want at the end of the process. If you want to traditionally publish, be very patient with the length of time and the amount of research and rejection you will face. Also, don’t start that process until your book is very well edited. That means many rounds of professional editing in addition to the editing you do yourself.

Professional editing doesn’t mean a friend or relative. It means thousands of dollars of work from multiple professionals, not just one. There isn’t one editor who has all the talents needed to get a book ready from a draft to publication.

Getting recognition from contests is very helpful. There are a lot of them out there. Waiting for those results is very time consuming, but that’s part of the need for patience with the entire process. 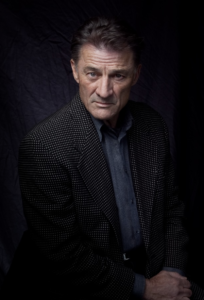 David Tunno is a WGA affiliated screenwriter. Intrepid Spirit is based on one of his screenplays. Recently retired from a 30-year ­­­­­­­­­­­career as a prominent US trial consultant, during which he was frequent media commentator on such high-profile trials as O.J. Simpson, Rodney King, Michael Jackson and the Unabomber. For the Simpson case, he was a guest commentator on KABC TV in Los Angeles and was also a guest on CBS’s “Good Morning America” program.

He has appeared on MSNBC and Court TV and was solicited for comments by The New York Times and the Canadian Broadcast Corp. Visit www.tunno.com for more about his career and Fixing the Engine of Justice: Diagnosis and Repair of Our Jury System, his non-fiction book on problems with US jury system and his proposed solutions. Lawyers & Judges Publishing published his training manual for expert witnesses, a condensation of which was published by the American Bar Association where he was also a lecturer, as he was with many bar associations across the US and UCLA’s Anderson School of Business.

He holds a B.A. in theater and was a professional actor with stage, film and TV experience and is a member of the Screen Actors Guild. He also holds an M.A. in Communications with radio, film and television production experience. He was a radio news director and broadcaster and a newspaper columnist.

A sailor with blue water and yacht racing experience, he is also a pilot of a WWII era biplane and hot air balloons.

To learn more about David, click on his name or photo.

Murder at the Wedding: New Cozy