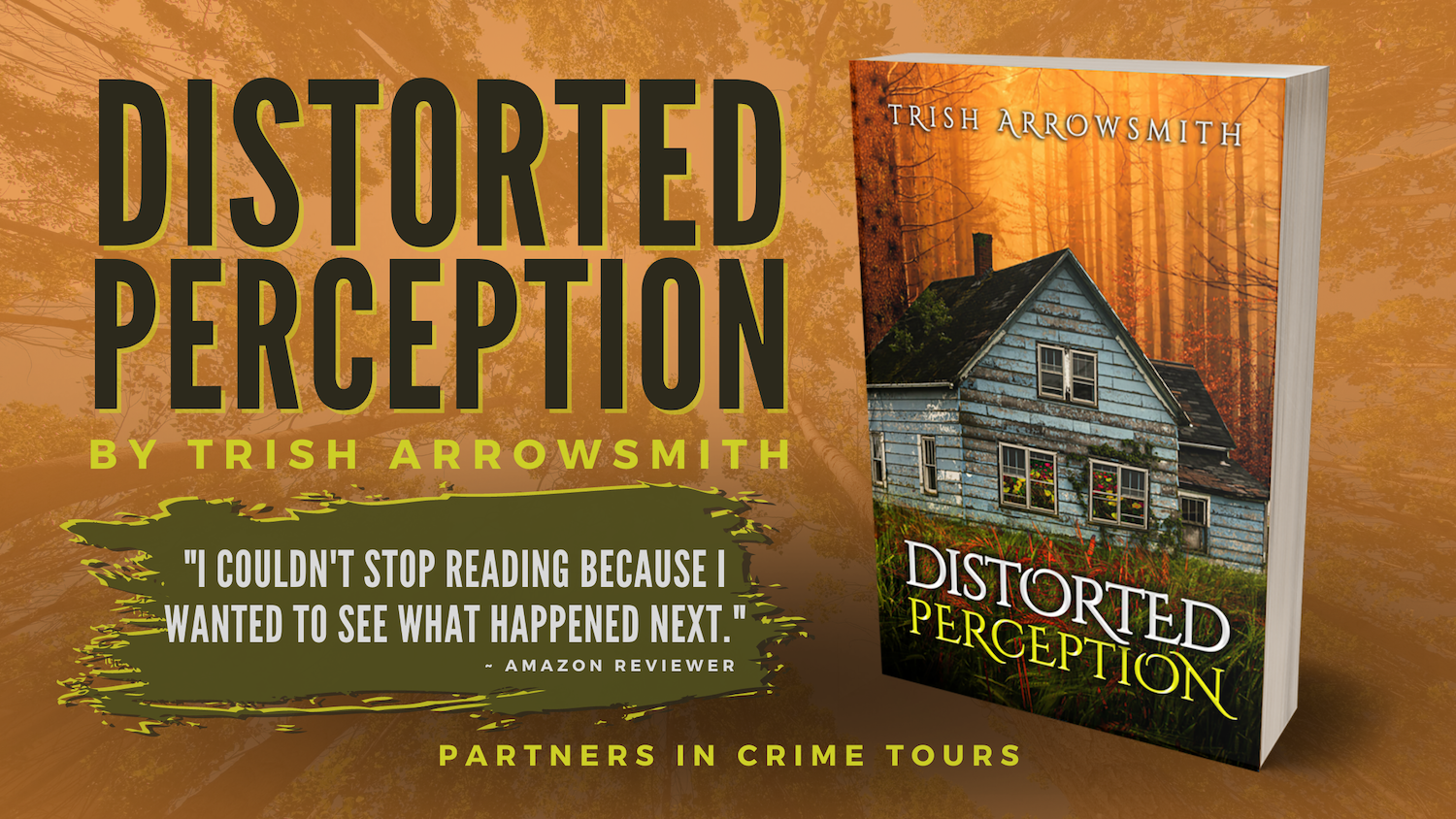 Don’t miss any books on a blog tour! 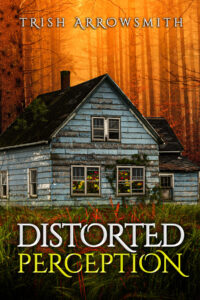 At twenty-six years of age, Kathleen has almost everything she needs: a fulfilling teaching career, a new car, and a recently purchased home. She dedicates her free time to her students, supporting them in a manner she never had growing up. Her days are filled with love and hope, but her nights are empty without a family to call her own. While spectating the first home baseball game of the season, she meets a man that she believes will change her evenings in the best possible way. With no children of his own, he committed his free time to bringing his young nephew to watch the game, hoping to encourage him to play. Kathleen is immediately drawn to him and sees him as a true family man.

Maxwell is handsome, successful, and charming. When he proposes marriage shortly after they begin dating, Kathleen is eager to accept as the desire to start her own family consumes her. Within months of their marriage, Maxwell’s sweet, doting personality gives way to a more sinister, controlling side. Kathleen quickly realizes that while she was looking for a partner, Maxwell was looking for someone who existed solely to fulfill his needs.

When he suggests a move to the country, Kathleen is hesitant to leave her job but believes the change of atmosphere will be an opportunity to bring them closer together. She soon realizes the isolation of the countryside only serves to enhance his power over her. It doesn’t take long for her to learn the devastating truth of who her husband really is, and she finds herself left with two choices: She can try to escape and hope he doesn’t find her, or she can stay and fight the battle in which all odds are against her.

As an avid reader, I’ve been asked many questions relating to books. Most of those questions focus on generalities: Have you read it? Did you like it? Have you heard of it? One questions I have never received as a reader is in relation to what I expected or hoped to get out of the book. If I was asked, I would answer in a broad manner. I read for the entertainment value. I read because it relaxes me.

After thinking about it for a while, I realized what I wanted my books to do and once I figured it out, it made so much sense. Yes, I want people to use my books to escape for a while, I want them to use them to relax. I want people to relate to some characters and hate others and I want some sort of emotional reaction to the book, be it love or hate. But the main idea I want my readers to take away from my stories is that people don’t always fit into a neat, little box.

Like my characters, not all humans are going to react the same way to a situation. When something tragic happens in a person’s life, they may shut down and isolate themselves. Others may act out by creating a façade as a way of trying to prove they are okay. Some may be able to recognize red flags in a relationship and leave right away where some won’t see them until they think it’s too late to get out of the situation. I could list examples all day but I’m sure you can come up with plenty.

If you’ve ever watched any true crime shows, you’ve most likely heard the interrogating officer mention the suspect wasn’t acting innocent. They were either too quiet, too calm, too upset, too much of this or that. While behavioral analysts and psychologists will tell you most people react a certain way, the fact is, “most” is not “all”. Someone could be considered too calm but they are really in shock. Someone may be too upset but it’s because they have had a string of bad news and this last piece was their breaking point.

There are always underlying causes for why people behave a certain way, whether it’s the environment they grew up in, the situations they have recently faced, a trauma in their past that they haven’t yet healed from.

The rare reactions are the ones I pull forth in my characters. As a reader, you may not know the characters’ entire past, and you shouldn’t.  Because, just like in real life, you don’t always know what someone else has been through. From a young age, we are conditioned to believe that people should react a certain way in a particular situation and we tend to silently (or not so silently in some cases) judge a person based on such beliefs.

I want my readers to see that it’s okay to have different reactions. People are not built to fit into a little box. I want my readers to think about how they would react in a situation and then see the extreme reaction come through from my characters. I had never thought about why I created my characters as I did until I was asked what I wanted my readers to take away from my writing. I’m glad people have asked because now I have an answer to a question I wasn’t aware needed answering.

He reached out and grabbed her hand like he used to when they were dating. “We’re moving. Next week.”

“What?” Kathleen cried. “What do you mean we’re moving?” She pulled her hand from his.

“We’re moving to the country. I bought us a house out there.”

Kathleen went from being the happiest she had been in a long time to livid in a matter of seconds. Her whole body begin to shake. “We can’t move next week, Maxwell. I own this house. I’ll need to clean it and put it up for sale. It could take months.”

“Already taken care of, beautiful. You don’t need to worry about a thing.”

She cringed at his choice of the word ‘beautiful.’ “It’s going to take me weeks just to pack everything.” She sounded like she was whining but she didn’t care, this was a huge decision he made for both of them without consulting her. He had never even mentioned a desire to move, and certainly not to the country. She had never been outside the suburbs of the city. She was already feeling lonely and now she would really be by herself.

“No need to worry. I hired movers. They’ll be here Tuesday.”

Maxwell laughed. “Well, yes. What did you think I meant when I said next week?” He continued eating his dinner like this was a normal conversation they would have on any given day.

Kathleen had lost her appetite. She slid her plate away from her and shook her head. She was upset that she hadn’t gotten to tell Maxwell her news. She wanted to make it a joyous occasion for them both and it had completely lost its appeal. At least for now. She got up and left the table without eating any more. She needed some time away to process what he told her.

She stood in the bathroom for five minutes fighting back tears before she went to stand in the doorway of the kitchen. She leaned against the frame with her arms crossed. “What do you mean it’s already taken care of? Did you sell my house? How is that even possible?”

Maxwell’s eyes rolled toward the ceiling. After all this time she still didn’t seem to get it. Her naivety both humored and annoyed him. “You seem to forget rather easily that I’m a lawyer. There are so many things that I can do, so many things that I have access to, it would make your head spin. And yes, to answer your question, I did sell it. Got a pretty penny for it, too.” He smirked at her. “Did you make any dessert?”

Kathleen was furious that he had managed to sell her house without her knowing about it. She was sure his job gave him access to information like that, but it didn’t mean he had to abuse the privilege. How did he even know she bought the house outright, maybe she had inherited it from her grandmother or bought it from someone else in her family? She didn’t, of course, and she guessed he had access to that information as well, but this was the first house she had ever owned. She was proud of her little house. And considering it was hers, she would have liked to have some say in selling it. She decided now was not the time to ask him for specific details, but eventually she wanted to know why he sold it and how much he got for it.

She dropped a plate with a slice of Boston crème cake in front of him. The fork rattled and bounced from the plate to the table. Kathleen crossed her arms over her chest again and stared at him. “I know you have access to a lot of information but how did you manage to sell my house without my consent?”

Maxwell straightened his posture, he pulled back his shoulders, puffed up his chest, and smiled so wide it made Kathleen want to slap it off his face. “As a lawyer, I should advise you to read all forms and documents thoroughly before you sign them.”

Kathleen squinted and shook her head. “But I never…”

Maxwell howled with laughter as he watched the realization hit her.

Her mouth hung open and she sighed with shame. “Our wedding day.” Her arms dropped to her sides; her head fell forward.

He nodded his head and shoved a fork full of cake into his mouth. “What’s yours’ is mine.” 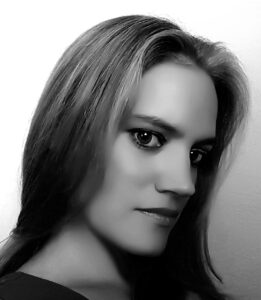 Trish recently moved across the country where she found her forever home, enjoying the desert sunshine and wildlife all year long. She was born and raised in a small town in northern Connecticut.

Growing up, she was always fascinated by unsolved mysteries and true crime as well as the psychological elements behind them. As an avid reader, her go to books are thrillers, suspense, and true crime.

Visit all the Stops on the Distorted Perception Book Tour! 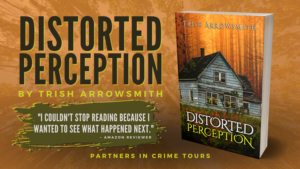 Death in Tranquility: The Bartender’s Guide to Murder