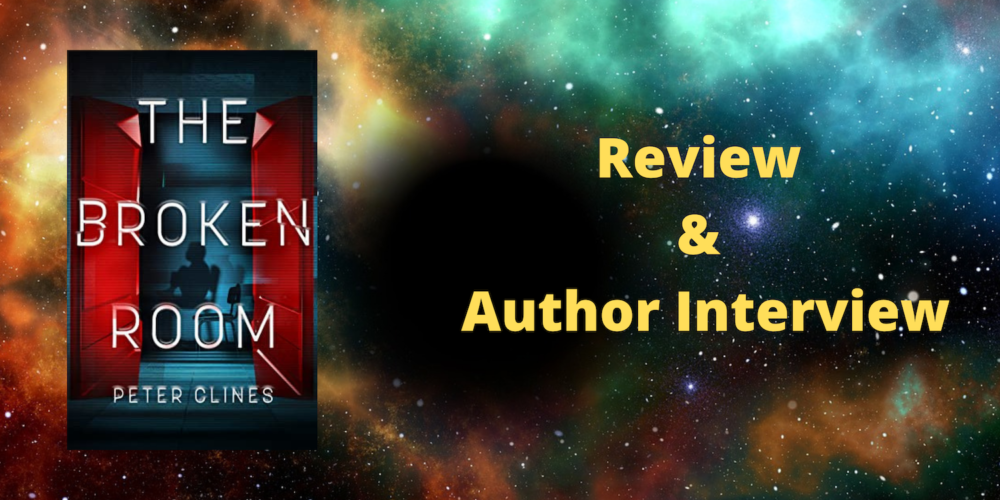 The Broken Room a new supernatural thriller by Peter Clines 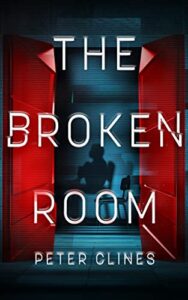 You can still owe the dead.

Hector was the best of the best. A government operative who could bring armies to a halt and nations to their knees. But when his own country betrayed him, he dropped off the grid and picked up the first of many bottles.

Natalie can’t remember much of her life before her family brought her to the US, but she remembers the cages. And getting taken away to the Project with dozens of other young children to become part of their nightmarish experiments. That’s how she ended up with the ghost of a dead secret agent stuck in her head.

Now Hector and Natalie are on the run from an army of killers sent to retrieve her. Because the people behind the Project are willing to risk almost anything to get Natalie back and complete their experiments.

To purchase The Broken Room, click any of the following links: Amazon, Barnes & Noble, IndieBound & Goodreads

My Thoughts on The Broken Room

“If a dive bar had family, the Pharaon would’ve been the redheaded stepchild.” The Broken Room grabbed me from the opening line.

I’ve always been a fan of Peter Clines, but this is my favorite book to date, bumping even 14 and Paradox Bound off the top of the list, where they had spent years vying for that honor.

Hector is a complex protagonist, who Clines skillfully reveals piece by piece, scene by scene. We know from the opening paragraphs that he’s smart and street savvy, but he’s currently drinking himself to death in a crap bar in Los Angeles. Then a girl walks into the room and everything changes.

The tone of the opening is that of a classic, Noir private eye, as if Philip Marlowe might appear out of the shadows following a plume of smoke from a cigarette, but Clines’ sci-fi sensibility quickly comes through when the girl introduces herself as Natalie Gamma Sixteen and the reader knows to hang on tight, this isn’t going to be a conventional tale of a hard luck drunk finding redemption by saving the girl.

Clines’ ability to combine genres is one of my favorite aspects of his writing. Part thriller, part sci-fi, part horror, part western—yeah, I said it part western—The Broken Room takes the conventions of each genre and mashes them together to build a better whole. With the pace of a thriller, the mad scientists of sci-fi, a twist of paranormal and . . . not to give too much away, but something not quite human, and the good guy rides into town, not on a white horse, but in a stolen car and you bet, it’s that kind of western. Hector could be a fast-moving Sheriff Longmire, if that particular white hat fought with a paranormal sidekick or two.

Clines’ choice to have not one, but two Latinx protagonists also shows his versatility with character, not just genre. While Clines and Hector may be closer in age, Natalie, the twelve-year-old girl, requires that Clines slip himself into a very different set of shoes than the ones he wears on a daily basis.

Of course, Clines also isn’t a retired Army special forces badass who can fight trained assassins and come out on top either, and he nails Hector’s persona pretty darn good as well.

If you’re looking for a breakneck, action adventure with all the ingredients of a cross-genre, mind-bending thriller, The Broken Room is for you. If that’s not what you’re looking for, I have to ask, why the hell not? it’s a hell of a ride.

Read more of my reviews by clicking the link here.

The Broken Room uses two point of view characters. How did that writing process happen?

It was kind of inherent right from the start. Hector was the easy entry-point character, so to speak. A (relatively) normal guy who gets something weird and maybe supernatural dropped in his lap.

But even very early on, it was clear part of the story would have to be Natalie’s point of view. There was only one point where they really started tripping over each other, but it was one of those things where even as I was writing it I could tell it wasn’t going to work, so that got tweaked very early in the revisions.

There was actually a third point of view in the very early drafts—Doctor Lourale, the mad scientist behind the curtain, so to speak. But as the story started tightening it up it became clear a lot of his chapters were either redundant or really awkward because I was trying to not give away certain things too early. So a lot of it felt like bad tv shows, y’know, where people have conversations but never use any names or proper nouns and they’re super-vague because they’re trying to be mysterious for the audience rather than talking like normal people.

I think I’d marked half the Lourale chapters for deletion and then I started wondering if I really needed any of them.

What drew you to creating Latinx characters for the protagonists and many supporting characters?

It wasn’t really that I was drawn to the idea, like “oh, hey, you know what’s cool right now? Diversity!” It just worked out that these were the best characters for the story.

When I was still beating out the very  rough ideas in my head about… geeez, almost two and a half years ago now, I talked to some knowledgeable people and found out how easy—and yeah, awfully, that’s the right word—it would’ve been for some government agency to scoop up a hundred or so kids at the border.

We kept seeing that phrase “lost in the system” and it turns out there was more truth to it than most people want to know. So this gave me an immediate background for Natalie—and by extension, her family—and for the other kids at the Project.

Hector’s creation had a similar arc. In his case, it was figuring out what kind of person could’ve devoted their life to protecting their country and then end up feeling completely betrayed by it.

And even then, this is not a story about the Latino experience in the U.S. I’m a near-middle-aged white guy—clearly not the person to tell that story.

I would read any book with either or both of these main characters, any chance they will appear in another book down the road? (As a side note – please tell me that Quilt will get his own book one day)

First, thank you! Second… well, Hector’s already appeared in another book, sort of.

As I was fleshing him out I realized he was pretty much a slightly-different version of a character (with the same name!) from another book I’s written years ago. I was doing multiverse stuff way before it was trendy (honestly, I almost feel like I should stop now). When he tells Natalie how he ended up in the Army it’s a little nod to the other version of him and the way his life might’ve gone.

As for Quilt… he’s already shown up in so many places. I created him for my “college novel,”  The Trinity, and then sort of transplanted him into my “moved to California novel,” The Suffering Map (both unpublished, for good reasons). Years later I made him a lead character in a little novella-thing I did for Audible called The Junkie Quatrain.

He’s in the fourth Ex-Heroes book, Ex-Purgatory. He even gets a quick mention in Paradox Bound. He’s a wonderful “small doses” character.
Although, all that said, I do have a faint idea about how these three might run into each other again…

What would you like to be asked about this book that no one has asked yet?

“Don’t you always drop a silly LOST reference in your books? Where is it in this one?”

I’m currently working my way through a pile of wonderful books for blurbs, including Nine Tenths by Jeff Macfee, Episode 13 by Craig Di Louie, and one by Brian Clevinger (who writes the friggin’ fantastic Atomic Robo comics).

After that I’ll finally get to dive into my actual TBR pile which has… jeeez, just too much stuff in it.

I’m currently about halfway into a really weird story that’s kind of an homage to something I loved (and feared) as a kid.

Think of Edgar Cantero’s Meddling Kids, but with more dinosaurs. And time travel, monoliths, androids, aliens… I think it’s going to be a lot of fun. Hopefully everyone else does, too.

Words of Wisdom for Aspiring Writers

Ummmmmmm… get up and stretch now and then?

No, seriously, I think my current words of wisdom are to not sweat the first draft. You’re going to get at least one chance to rewrite this before anyone sees it, so stop worrying if it’s perfect and just write.

This is one of those things that’s really easy to hear but hard to internalize. It took me years to grasp I could just write the first draft and not worry about things. It doesn’t need to be perfect. It doesn’t need to stand up to rigorous peer review. I’m not required to show it to anyone. I can keep writing and fix everything later because it’s just a first draft.

The whole point of it is to give me something I can work with. It’s tough, I know, but for now just write a messy, error-filled first draft and don’t worry about the fact that it’s messy and full of errors.

And also… get up and stretch now and then.

Excellent advice, both the first draft bit and the part about stretching. Thanks for hanging out with us!

PETER CLINES has published several pieces of short fiction and countless articles on the film and television industries.

He is the author of the Ex-Heroes series and the acclaimed standalone thriller 14. He lives in Southern California and can be found online on Twitter and Instagram.

Eco-Thriller: Drink To Every Beast

Demons, Debutants, and a Murdered Politician: A Recipe for Three Killer New Authors