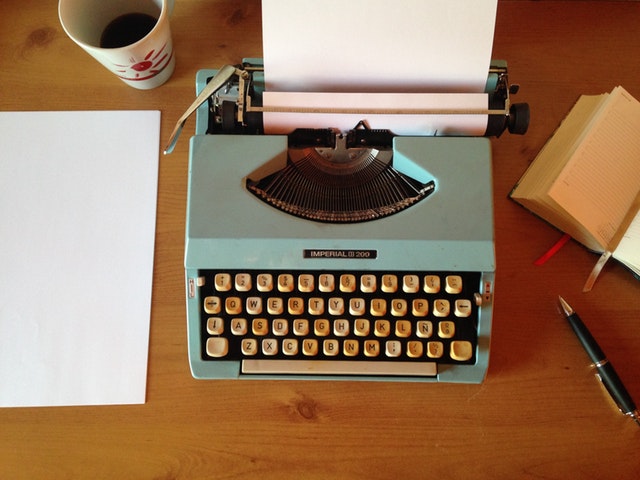 executive, managing real estate strategy at a Fortune 50 company, where his work includes frequent travel throughout the United States. Fascinated by the crimes of those in power, he draws on these cases for his writing.

He has a law degree from the University of Minnesota Law School and was one of four fiction writers awarded a position at a past Mentor Series at the Loft Literary Center in Minneapolis. He has attended the Community of Writers at Squaw Valley and the Tin House Writers’ Workshop in Portland, where he was mentored by author Walter Kirn. He lives near Minneapolis with his wife, the painter Megan Rye, and their family. Next of Kin is his first novel. 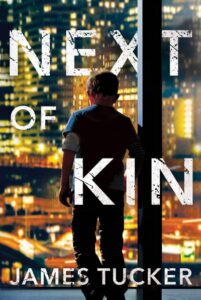 What is one of your favorite elements in your debut novel? The connection to crimes from nearly a century ago, and the reverberations today of those crimes. A thriller that’s only a puzzle doesn’t interest me. There must be something more to make the mystery resonate.

What led you to writing your first novel? I’ve always been fascinated by stories, and how to tell them. This initial idea for Next of Kin was an image of a remote camp in the Adirondacks where a young boy was trapped in a house with a killer. I wanted to know if he escaped, and who would help him to survive.

What are you working on now? I’m working with my publisher, Thomas & Mercer, through the editing process for Book 2 of the Buddy Lock Thrillers series. Book 2 will be published in October 2018. I’m also halfway through Book 3 in the series.

… is an author and motivational speaker. Her 1930s New York City Art Deco

Her Fight To Keep Creativity Alive series focuses on creativity and how it helps us work, play and live more fully. Her novel, The Christmas Journalist, weaves together human interest stories of Christmas traditions into a modern tale. Laurie lives in New York City with her family.

The Silver Gun is her first novel.

What is one of your favorite elements in your debut novel? My favorite two elements are featuring Mayor Fiorello LaGuardia as a main character and then having a piece of art as the backdrop of each story. LaGuardia was a five-foot-two firecracker and I think his spirit has a lot for us today. He came in when NYC was corrupt and broken, he was utterly fearless and brought a lot of life. Plus, he was a minority on both sides: half-Jewish and half-Italian, had a heart that fought for the little guy, was hilarious and king of sensational photo-ops, and he knew that art and music would bring the soul back to the city. Which brings me the art backdrop. We named the series for the Art Deco era because of art’s powerful impact on such a short time period that was bookended by two world wars with the Depression in the middle. Yet in the midst of tremendous adversity, so much beauty and richness came out of it all. I wanted to highlight that potency, so a different form of art comes alongside a character in each book and helps them navigate the lively mystery. 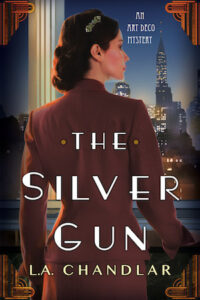 What led you to writing your first novel? I was extremely inspired by New York when we moved there just two weeks after 9/11. The city was barely beginning their recovery and I saw first hand how a city responds to that kind of tragedy. The city was full of camaraderie, sacrifice, art, and of course cocktails. I picked up a biography about LaGuardia at that time, and realized I’d pigeonholed the 1930s into being JUST about the Depression. But in the big cities there was so much more going on. From women’s roles coming to prominence in the workforce and civil rights, to art, music and architecture, to gritty humor and definitely exciting cocktails. I wanted to write that side of the story.
What are you working on now? I am currently working on book three of the Art Deco Mystery Series, The Pearl Dagger. (Book Two, The Gold Pawn, releases September 25th and The Pearl Dagger releases fall of 2019). I am also writing a YA novel featuring a teen who is introduced at the end of The Silver Gun, where her story weaves in and out of the Art Deco Mysteries. I thought it would be a lot of fun to have two genres intermingle, where you learn new little tidbits in each that bring a greater story to the whole. 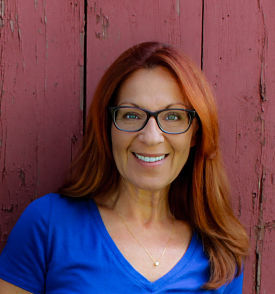 passion for writing. After co-authoring the non-fiction book, Haunted Highway, The Spirits of Route 66, she realized her true love was fiction, historical mystery in particular. She also realized she didn’t like winter very much so now she and her husband pursue the endless summer by splitting their time between Michigan and Arizona.

Her debut novel, A Lady’s Guide to Etiquette and Murder is scheduled for release with Kensington June 26, 2018. To pre-order, click HERE 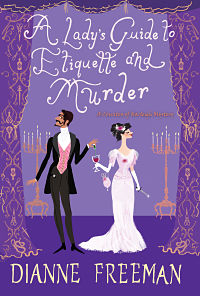 What is one of your favorite elements in your debut novel? My favorite element in A Lady’s Guide to Etiquette and Murder is the era itself—the late Victorian period. My sleuth is a peeress who knows someone close to her is a killer, but to identify him she has to work around the rules of society that restrict her behavior and limit her access to information. She can’t just canvass the neighborhood, she has to insinuate herself into the investigation, be very creative and cunning, and always watchful of her reputation.

What led you to writing your first novel? Everything led me to writing this novel. Writing has always been a hobby for me and once I retired, I decided to try my hand at a novel. From a trip to London, I knew that I wanted it to involve a house in Belgravia. My love of mysteries dictated that it had to be a whodunit. I was heavily influenced by the novels of Edith Wharton in my teens so a setting in that time period was too good to resist. Finally, a long-ago class called The Mystery Novel as a Social Commentary had a big impact on me, so I knew the story had to focus on the social structure of the time. After that, all that was left was to write the story.

What are you working on now? My debut is the first in a mystery series so now I’m just finishing up with book 2, A Lady’s Guide to Gossip and Murder.

Congratulations to all the Debut Authors! Such a marvelous accomplishment! 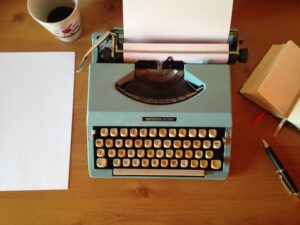