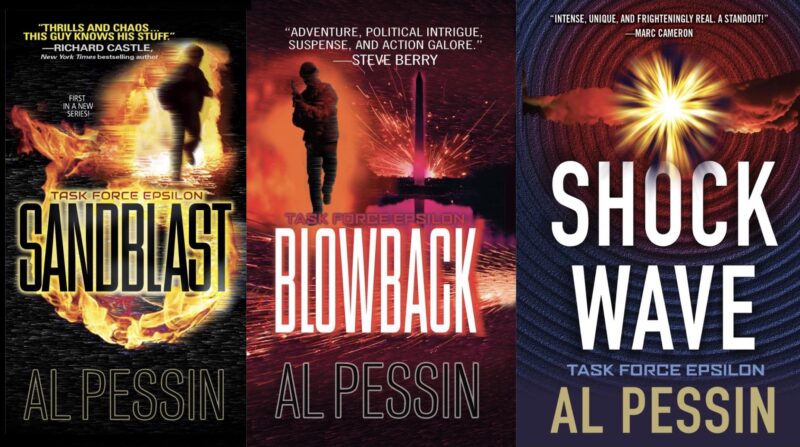 A MISSION TO AVERT WAR

Vital seaports in Jordan and Israel erupt in fire and destruction. It’s the first strike from a terrorist organization determined to increase hostilities throughout the Middle East.  There’s only one way to combat the threat. It’s time for Operation Shock Wave . . .

Saddiq Mohammed al-Assali is America’s most wanted terrorist. His cells in Israeli and the Palestinian territories are ready and eager to usher in a maelstrom of violence between the two nations. Each will blame the other. Iran will be implicated. And the United States will be drawn into yet another Middle Eastern war.

To stop al-Assali, the Defense Intelligence Agency’s Bridget Davenport assigns Lieutenant Faraz Abdallah to infiltrate the terrorist’s cabal. But as Faraz uncovers and sabotages al-Assali’s plans one by one, Bridget herself becomes the target—and Faraz must take decisive action in a deadly game of international deceit . . .

“An authentic, heart-stopping thriller. Don’t miss this one!”
—Andrews and Wilson, authors of the Tier One thriller series

To purchase Shock Wave, click on this link: Amazon

With the pandemic refusing to end, what’s the plan for launching Shock Wave?

I launched my first two books, Sandblast and Blowback, right into the teeth of the pandemic, with only online events.

For Shock Wave, I finally have the chance (fingers crossed!) to have an IN-PERSON event, which we will also livestream. Everyone is welcome to join us on Friday, January 28 at 6pm EST online or at Murder on the Beach Mystery Bookstore in Delray Beach, FL. There will be wine!

To order signed copies of any of my books ($8.99, free shipping) and receive the webcast link, call 561-279-7790 or email murdermb@gate.net. The link will also be sent to my newsletter subscribers. Sign up at www.AlPessin.com.

Shock Wave is the third in your Task Force Epsilon Series. Although they can be read as standalones, is there anything readers you would like readers to know about the first two books?

As readers will see in the opening pages of Shock Wave, Lieutenant Faraz Abdallah is something of a reluctant hero.

In Sandblast, he nearly declines the invitation to join Task Force Epsilon, unsure whether he can do what they ask and unwilling to accept a key condition. During the mission, we see he is inexperienced and naïve, but ultimately his character comes through.

At the beginning of Blowback, his goal is to get out of the task force, but he realizes that the only way to beat the PTSD his first mission caused is to return to the battlefield and finish the job.

In Shock Wave, after a much-needed decompression from that second mission, he agrees fairly quickly to take on the new one. He appreciates the importance of his work more than ever, and is better able to deal with its emotional and physical impact. He has also accepted the terrible costs of his successes, which he experienced on a very personal level. That acceptance will be sorely tested in Shock Wave.

Readers who pick up Shock Wave will learn enough about Faraz and his boss, Bridget, to understand and appreciate the story. But I always recommend that readers start with Sandblast for the full impact of the story arcs that run through all three books.

Tell us about Lieutenant Faraz Abdallah and Bridget Davenport:

Faraz is modelled on the many ethnic-American troops I met during my time as a member of the Pentagon press corps. He is the son of Afghan immigrants.

When we first meet him in Sandblast, Faraz is a recent college graduate, a U.S. Army lieutenant in training for his first overseas combat deployment. He is pulled out of training and asked to go undercover inside the Taliban —using his ethnicity, language skills and cultural and religious understanding. His mission: find the new global terrorism mastermind and stop the next big attack on America. Faraz is a good guy, a patriot, who is put in a series of impossible situations that test his bravery, character and the very core of his identity.

Similarly, Bridget is an amalgam of the many brave, tough, smart women I met in the military and in the defense department civilian contingent.

She’s a West Point grad with two combat zone tours as an intelligence officer. She leaves the military, gets a PhD and joins the Defense Intelligence Agency, where she recruits Faraz for her team. Bridget has a solid core of values—which help her navigate the military and civilian bureaucracies all the way to the White House—a warrior side—which gets her right into the action, particularly in Blowback and Shock Wave—and a woman’s perspective—which helps her see problems differently than some men, and also creates added pressure as she tries to manage the relationship with her boyfriend Will, a Navy SEAL on deployment not far from Faraz in Afghanistan.

Much of your work is timely and almost prescient. How much do you take material from current events, and how much do you simply anticipate will resonate culturally?

The original idea for Sandblast came to me during the hunt for Osama Bin Laden.

I happened upon a ceremony in the Pentagon courtyard at which immigrant soldiers, airmen, sailors, marines and coastguardsmen were taking their citizenship oaths. Seeing that array of ethnic-Americans in uniform got me to thinking about how such folks bring unique capabilities to our military. That inspired the creation of Faraz and the connection to hunting terrorists.

So, yes, I do take current events and think about what stories there might be in them, and particularly what characters might be in them. Although Bin Laden was found years before I finally sat down to write Sandblast, unfortunately the basic story of the search for a leading terrorist are still relevant, as are the war in Syria depicted in Blowback and the Israeli-Palestinian conflict that is the setting for Shock Wave.

Also, writing about terrorism and other conflicts for many years, I became interested in why the “bad guys” do what they do. I had the opportunity to interview several Hamas members during my time based in Jerusalem, and to learn a fair amount about many types of militancy in various places. So, I was determined to make my “villains” three dimensional.

In Sandblast, we learn a lot about terror group leader “al-Souri,” including a visit to his home, where he plays with his children in the garden. We learn his history, his philosophy, and his goals. He, of course, think he’s the “good guy.” And I make the flaws in his logic clear. In Shock Wave, the leading terrorist, “Assali,” is a very different character, driven by avarice rather than religious zealotry. But he shares with al-Souri a personal background of “victimhood.”

Now that your third novel is under your belt, what advice do you have for writers planning or working on a series?

It’s a challenge on many levels.

The answer is: only what the reader absolutely needs to know and not in an info dump.

It must be enough for the new readers to understand what’s going on, but not so much that you bore people who have read what came before. It’s important for the new story to be compelling on its own (as if it actually is a standalone) so that it starts fast and engages the reader on its own merits, with the backstory of what happened before relegated to secondary importance.

A variety of beta readers, some who have read the other book(s) and some who have not, are very useful in figuring out that balance, as is a good editor.

In addition, the writer may have to fight burnout/boredom with his/her own stories. Solid new stories, rather than retreads, help with that, as do story/character arcs that carry through from one book to the next, or through several. This creates more challenges in terms of new readers, but it’s worth it.

Fact and fiction work together in your series. How has your background as a foreign correspondent played out in your novels?

In this series, I use my time at the Pentagon to bring together diverse experiences I had during overseas assignments. Settings, characters, and plot lines are derived, one way or another, from places I went, people I met, stories I covered, and experiences I had. Of course, it’s not necessary to have or use that sort of background in order to write a novel. But I find it does help with any fiction I write to find something from my own life that at least acts as a touchstone to ground the story in reality.

I’m well into a political thriller in which the polarization in today’s American society builds to an extreme. Not much of a leap, unfortunately. For this story, I draw on my experience covering Washington and political campaigns, including a year-and-a-half in the White House press corps.

There is much advice out there about finding time to write, sticking with it, being true to the story you want to tell, etc. That is all valid. But for writers who want to get published, I can boil down my best advice to four words: Take A Professional Approach.

That means learning the craft (classes, webinars, conferences, books) and being open to criticism and revisions (critique groups, beta readers and, importantly, editors).

I do a seminar on this called How to Get Published After Really, Really, REALLY Trying. Some of that material finds its way into my blog posts for the Florida Writers’ Association. Click the link here to read more. 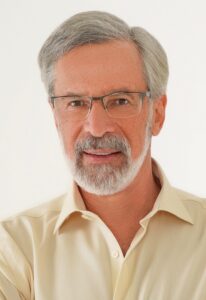 The books grew out of Al’s experiences as a journalist, including resident assignments in Hong Kong, Islamabad, Beijing, Jerusalem, and London. He covered conflict, politics, economics, refugees and many other topics, including democracy movements on Manila’s EDSA Boulevard, Kyiv’s Independence Square and Beijing’s Tiananmen Square. Al was expelled from China after the Tiananmen Massacre in 1989 for “illegal news gathering” and “fomenting counter-revolutionary rebellion.”

He covered the Pentagon from 2006-11, including numerous reporting trips to the Iraq and Afghanistan war zones, and was a member of the White House press corps in the 1990s.

His farce, Murder at the Butcher’s, premiered to four sold-out performances in 2019. Al has won awards for his journalism and his fiction, including several Royal Palm Literary Awards, a FAPA President’s Award and a shortlist selection (Sandblast) for the 2017 Bosque Fiction Prize.