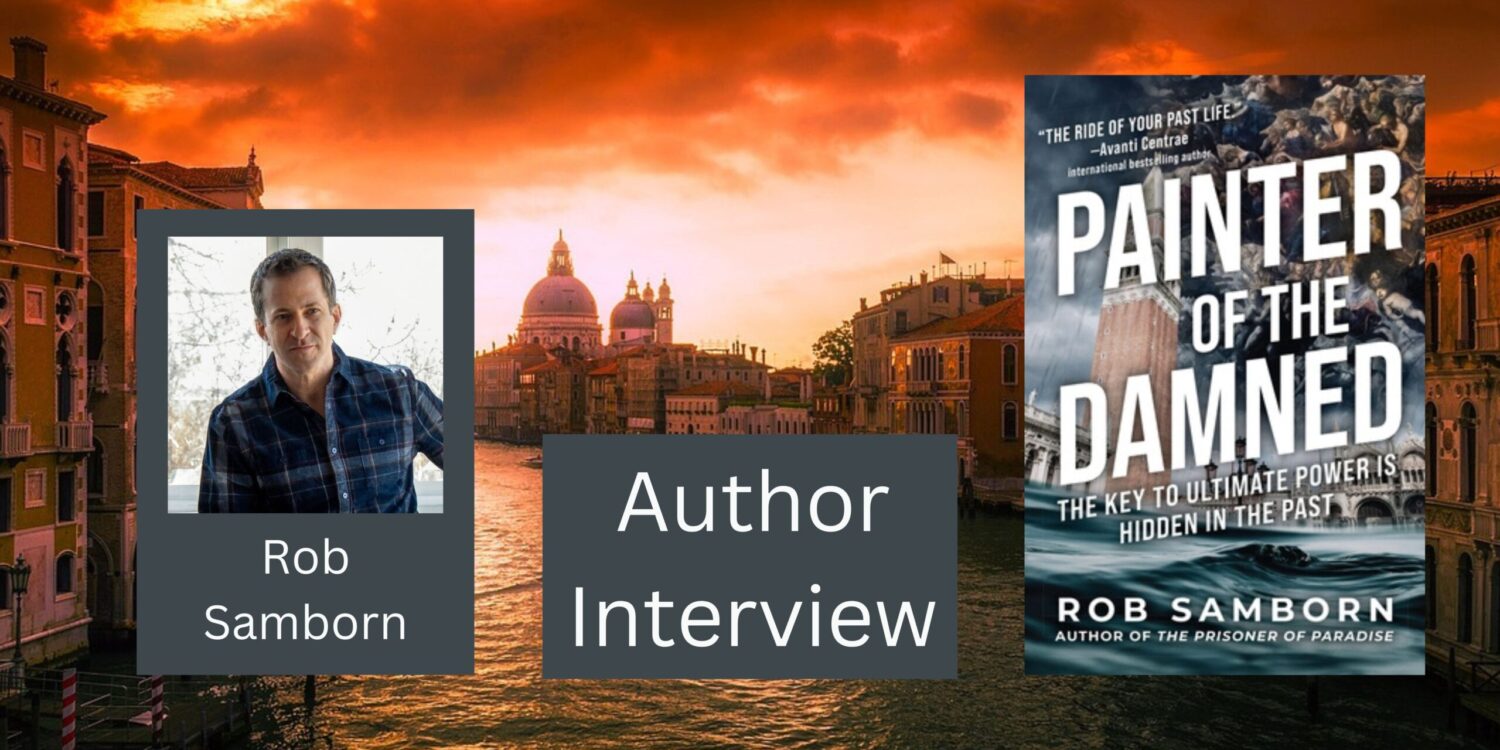 Painter of the Damned, the latest release by Rob Samborn

Find out more about Rob Samborn’s writing with this spotlight on his novella, The Swordsman of Venice. Click the link here.

Painter of the Damned 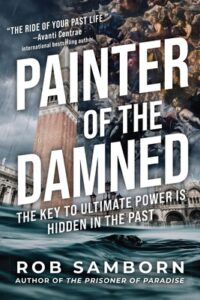 A soul mate trapped in purgatory.
Dangerous alliances.
The quest for ultimate power.

After escaping Venice with their lives, Nick & Julia O’Connor have one goal: return home so they can end their nightmare vacation. But before they reach the American consulate, they’re captured by Interpol and returned to Venice.

Behind Nick’s detention is Salvatore della Porta, the corrupt head of an ancient, enigmatic order that controls Paradise, Tintoretto’s Renaissance masterpiece that’s also a purgatory for thousands of souls—including Nick’s soul mate from the 16th century.

Della Porta believes Nick’s previous life knows the location of a book lost to the ages. This mysterious manuscript will bring him world-changing power—or topple the order.

As Nick’s link to the past consumes him, it’s up to Julia to save her husband and crush della Porta. But with friends in short supply, she must enlist Carlo Zuccaro, unaware the young artist is the order’s new Painter and warden of the damned.

To purchase Painter of the Damned click on any of the following links: Amazon, Barnes and Noble & IndieBound 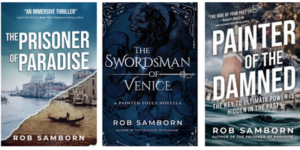 The Interview: Painter of the Damned

What should readers know about Nick and Julia O’Connor, the main characters in Painter of the Damned?

Nick and Julia O’Connor are Americans who travel to Venice, Italy for a dream vacation, only for it to quickly devolve into a nightmare. We meet Nick & Julia in The Prisoner of Paradise, but the story in Painter of the Damned quickly catches us up. Both 28, from Boston, the O’Connors are happily married and feel they were destined for each other. When Nick comes to believe that his true soul mate is not Julia, but a woman whose soul has been imprisoned in the world’s largest oil painting for 450 years, their relationship unravels very quickly.
Julia worries for her husband’s sanity, but Nick is adamant it’s all real. He discovers an ancient secret religious order that has developed a method of extracting people’s souls, which they trap in the painting as a purgatory of sorts. Nick is desperate to save his beloved from another life, but freeing her means liberating the hundreds of souls in the ethereal prison.

After escaping Venice with their lives, Nick and Julia have one goal: reach the American embassy in Milan and return home. That goal is short-lived, as they’re picked up by Interpol. Nick is wanted for questioning in the disappearance of a high-profile individual and they need to return him to the scene of the crime… Venice. The head of the order is behind their apprehension. He believes Nick’s past life holds the key to unheard of power. Against all odds, it’s up to Julia to save her husband and bring down the order.

Painter of the Damned has a paranormal aspect to it, describe how that plays a role in the novel:

The paranormal aspect is the concept of souls being extracted from one’s body and then imprisoned in Jacopo Tintoretto’s Renaissance masterpiece, Paradise.

There’s an additional paranormal aspect, but I don’t want to spoil it for the reader. Otherwise, everything else is set in the real world, including all the locations, the paintings, and historical figures.

Tell us about the research process for Painter of the Damned and The Prisoner of Paradise, how did you go about researching Venice in the 16th century?

I had been to Venice twice before writing the manuscript and then took a research trip to Venice. I rented a 16th century apartment and spent a great deal of time exploring the city and all the main locations. Additionally, I’ve spent hundreds of hours researching in books and on the internet.

In addition to writing novels, you are also a screenwriter, entrepreneur, avid traveler, artist, and musician. Tell us about some of the other things that take up your time.

Fortunately, I’ve managed to find 28 hours in each day, but I’m not telling anybody my secret. These extra four hours enable me to also have a day job and a family.

I’m the Director of Sales for Pulselight, a healthcare data analytics software company, and I have a seven-year-old daughter. The furniture making has been put on hold for a bit. I previously made a couple of tables. These days, it’s not really furniture, but I built a new fence and a “glamping house” for my daughter.

Two projects. One is the follow-up to Painter of the Damned, which will be the third book in the Painted Souls series. The other is a screenplay adaptation of my friend and fantastic author Laura Kemp’s riveting paranormal thriller, Evening in the Yellow Wood. Her book is amazing and I think will make an incredible movie.

and Oreo, an 8-month-old Syrian hamster.

Rob Samborn — Author of The Painter of the Damned 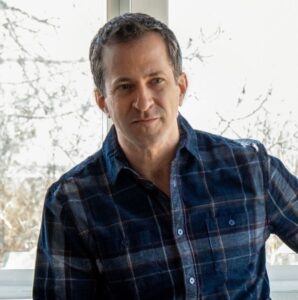 Based on True Crime, One Cozy, One Thriller: Debuts for Every Reader