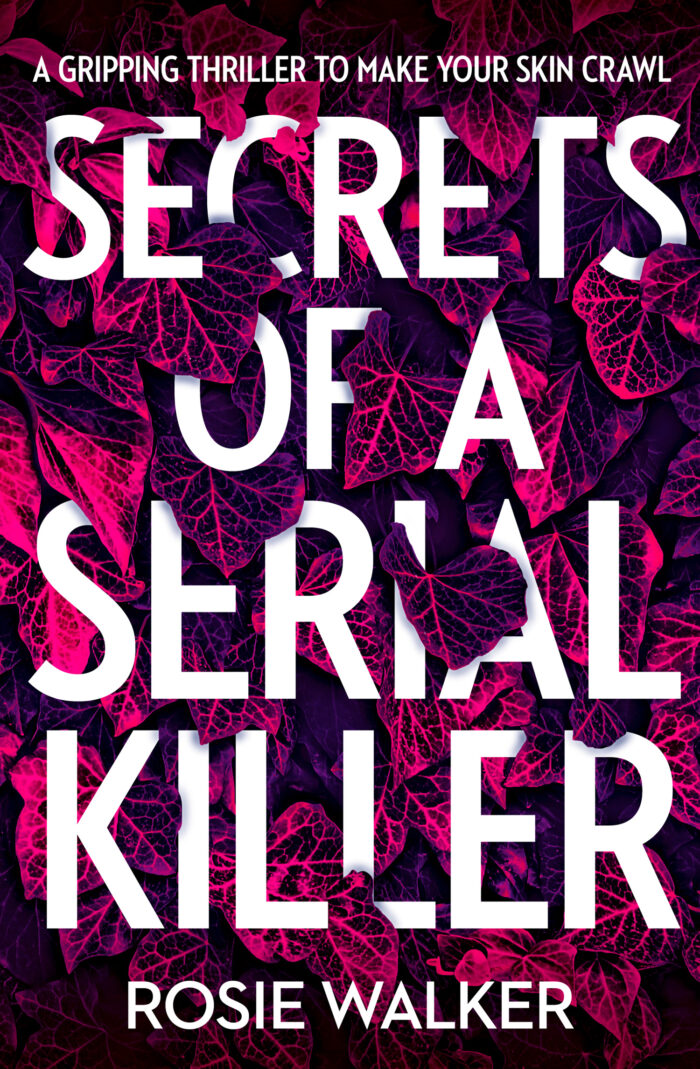 Check out the latest ITW Debut Author and her creepy new thriller!

Secrets of a Serial Killer 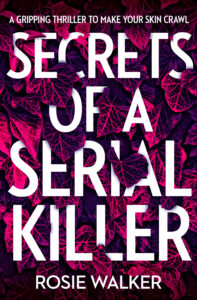 An edge-of-your-seat serial killer thriller that you won’t be able to pause!

There it is: fear. It’s crawling all over her face and in her eyes, like a swarm of insects, and it’s all because of him.

A serial killer has been terrorising Lancaster for decades, longer than should ever have been possible. The police are baffled, eluded at every turn by the killer whose victims span generations.

Speculation is rife among the true-crime forums; is someone passing on their gruesome trade?

Every local mother’s worst nightmare has become Helen Summerton’s reality: he’s taken her daughter, Zoe. As the clock runs down, so do her chances of survival. Can Helen unearth the secrets of the killer before it’s too late?

Perfect for fans of The Whisper Man, What You Did and Don’t Even Breathe.

To purchase the book click on any of the following links: Amazon UK, Google Books, Waterstones, HarperCollins UK, and Amazon US

Rosie Walker: Author of Secrets of a Serial Killer

Rosie gained a Masters in Creative Writing with distinction from the University of Edinburgh in 2011, where she learned to talk about writing over a gin and tonic, and accept critical feedback with grace.

She also has an undergraduate degree in Psychology from Lancaster University, where she learned how to pull an all-nighter to hit a deadline right at the last minute.

She lives in Edinburgh with her husband Kevin and their dog Bella.

What drew you to writing a thriller about a serial killer?

I’ve always been interested in working out why people’s minds work the way they do, particularly people who are very different to me. With people who exhibit abhorrent behaviours, like killing other people, I find that writing about them— really getting into their heads—helps me understand them a little more, or at least use my imagination to try to do so.

That’s how I got started writing Secrets of a Serial Killer: the voice of the killer himself came to me first, and then the rest of the story and its characters slotted in around him. Writing in the voice of such a distinctive character is such an adventure, it’s really interesting to put yourself in those shoes and walk around for a little while.

Tell us about Lancaster, where Secrets of a Serial Killer is set.

My favourite parts of Lancaster are its landscape and its history.

Although it’s a city, it’s within a short distance of amazing countryside: the sea and hills are a short bike ride away, and there’s a lovely river running through the centre, and beautiful canals: lots to explore. It’s a very old city with a lot of historical buildings dating back to its days as a bustling trading port, a few of which combined in my mind to create the derelict Lancaster Lune hospital that features in Secrets of a Serial Killer.

Back in the 19th century, much of the north of England sent their mentally ill patients to Lancaster, where there were numerous huge asylums to accommodate the vast numbers of patients they didn’t know how to deal with in normal society at that time.

By the time I lived there (around 2004-2008), those huge asylums were either derelict or repurposed: the Royal Albert Asylum was a girls’ school, and the Moor Hospital had closed down to patients and stood empty at the beginning of the process of being developed into apartments—the inspiration for what’s happening to the Lancaster Lune Asylum in the book.

Want to see some creepy photos of the old Moor Hospital? Click the link here.

I had to take everything one tiny step at a time by setting small goals along the way.

If I hadn’t done that, an end goal of ‘get published’ would have been too insurmountable and I probably would have given up before I even started!

So the small goals went like this: finish a draft novel; polish that novel until it shines; get an agent; edit the novel with that agent; go out on submission to publishers… etc.

Each time I hit one of the goals, I’d find the next small one to aim for—but the important part when you’re shifting your own goalposts like that is to always remember where you started too: remind yourself that the ‘you’ from the beginning of this process just wanted a completed first draft. Everything else is a bonus.

“I manage full-time work alongside writing by implementing small goals…”

You juggle a full-time job with writing, how do you manage that?

I work in Communications, so I get to write and think creatively in my day job too, which is important to me.

I manage full-time work alongside writing by implementing small goals again: 500 words a day when I’m drafting (more, if I can), usually on the commute or during a lunch hour. Editing is a little trickier, so I grab bigger chunks of time at weekends and on annual leave so I can really get my head in the right place.

It’s not easy to write novels alongside a full-time job, and I certainly don’t want to do that forever, but in the meantime, it’s do-able.

You have a second book coming out next year. Is it a standalone? Or a sequel to Secrets of a Serial Killer. How did your writing process differ for the second book compared to your debut?

My second book is a standalone. I did pitch a prequel to my publisher, but they preferred Secrets of a Serial Killer to be left as a complete story as they felt it has more impact like that, which I totally understand.

The second novel was a lot quicker to write, I think because working with both my agent and my publisher during the editorial process had taught me so much about plotting, structure and planning.

I outlined a very detailed plan, so I was less likely to get stuck along the way and hammered out the first draft in just a few months. We’re in the editing phase with my publisher at the moment.

I hope it’s a good one: I certainly feel like I am a better writer for book two, and I hope I will improve with every subsequent book!

Once I finish my edits for book two, I have a pretty detailed plan for book three which I am really excited to launch into!

The premise really gives me the creeps, so I hope readers will feel the same way when they hear more about it at some point in the future.

“Keep going, a little bit at a time.”

Keep going, a little bit at a time. You don’t have to write full time, or even write every day: but each day you get words on the page increases your word count and takes you closer to having a completed novel. If you don’t give up, you will get there.

Bella is a 6-year-old Labrador/mix who was abandoned in Cyprus when she was about a year old.

After a shaky start in life, she’s a little nervous around loud noises and sudden movements, but she has settled well into life in Scotland.

She loves walks every day, sniffing everything, and adventuring through woods and along beaches. When she’s at home she is at her happiest when she’s curled up in a cuddle with one of her humans.

She’s the cuddliest dog on the planet and loves to snooze.

Thank you for joining us today and sharing thoughts about your writer’s life. Loved meeting you and Bella!

The ebook is on sale for $1.99 during the entire month of November!

Writing and a Writer’s Life: Bringing in the New Year