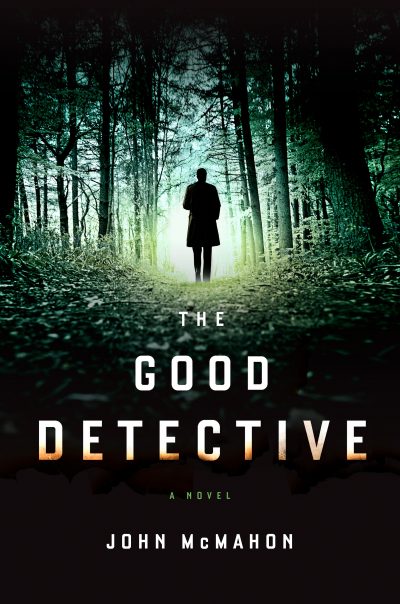 A lot of us crime readers love a good detective. Even better is the start of a new series. I’m thrilled to introduce debut author John McMahon on my blog this week. Welcome John! 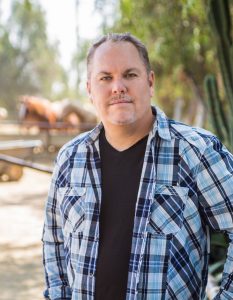 John McMahon studied Creative Writing at The University of Arizona. In his role as an ad agency creative director, his work has won a Gold Clio for Fiat, and he’s written a Superbowl spot for Alfa Romeo.

He currently lives in Southern California with his family and two rescue animals. He’s hard at work on another P.T. Marsh book and dreams of splitting his time between Cabo San Lucas and Lake Lanier, Georgia.

After Detective P.T. Marsh’s wife and son die in accident, he turns from rising star in Mason Falls, Georgia— to the type of guy who doesn’t understand the difference between smart moves and disastrous decision.

One night he tries to help out a woman by confronting her abusive boyfriend. When the next morning he gets called to the scene of his newest murder case, he is stunned to arrive at the house of the very man he beat up the night before, but is sure he left alive.

To buy the book, click on the following links: Amazon, Barnes & Noble, and IndieBound

Through a series of conferences, I got to know a handful of agents. One day, I took a 90 degree turn. I felt the manuscript was good enough and reached out cold with a query to my top 3 dream agents, explaining to them I was close and talking to a couple agents.

For these ‘dream’ agents, I’d also read the way their writers talked about them in book acknowledgements and wanted that relationship. One of them, Marly Rusoff, wrote back, read the manuscript, and brought the book out to market. It was a complex story and I was over the moon, but it failed to sell. Marly, like the tough-love mom she is, said, “if you’re a real writer, write another book. We’ll sell this one second.”

Two years later, I had The Good Detective in hand. There was one offer right away, but Marly had told me of two editors she thought were perfect for the book. One of them, Mark Tavani at G.P. Putnam’s Sons, loved it. When he and I spoke for the first time, he had smart edits in mind and we seemed to click. A week later, he bought it.

It was a wild ride, and in the intervening week of it being brought to market and selling, my father also passed. So it was bittersweet to not share it with him, but it also felt like he was watching over me, making it happen.

“Two years later, I had The Good Detective in hand.”

P.T. Marsh was a character I’d tried to use in a previous novel years ago. He’s hampered and guilt-stricken by the past death of his wife and son. What I loved about the idea most was playing with the concept of justice. For P.T., he’s realized over the years that justice is talked about as this absolute, when it is not.

We all make compromises, and he’s made them too. But now he’s a man with nothing to lose. At the same time, this philosophy is problematic because he can fall into the role of judge and executioner. When he wakes up drunk one day and a man he put a beating on (for hitting a woman) is dead, P.T.’s not sure if he did it, in the pursuit of that ‘absolute justice.’ What he does now is he’s the investigator and his own prints are all over the crime scene.

Right now I’m in the final edit phase for something tentatively called ONE GOOD DEED, and it’s the next P.T. Marsh novel. I originally imagined a character arc that’s 3-4 books long, where P.T. looks into his own backstory and the death of his wife. With this book, we see more of that come to life, along with another new case.

In the new storyline, P.T. is called to the murder of a man who has made enemies his whole life, but recently turned over a new leaf. But just as he did that, someone came out of the woodworks and killed him in a mysterious fashion.

Thanks for sharing your wild ride with us!

I’m so sorry about your father’s passing. I know he’s sharing in this accomplishment with you.