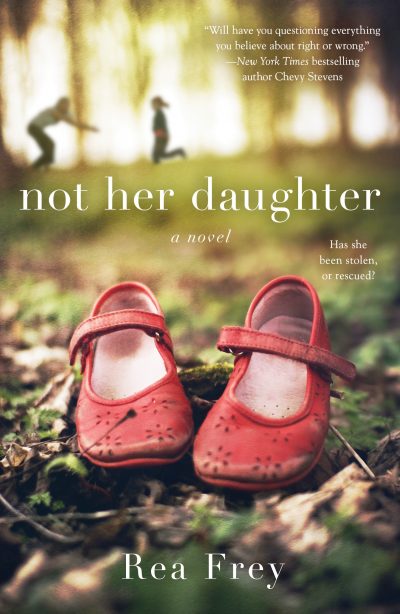 Wondering how to write a novel in eight weeks?

Find out with this week’s debut author interview with Rea Frey!

The International Thriller Writers Debut Author Program runs from ThrillerFest to ThrillerFest. So a “Debut” author is any mystery or thriller writer who has their first novel come out between July and July.

This means there are sometimes “debuts” who have books out for almost a year before they qualify. But that can be exciting, because they may have a second novel coming out soon!

This week I get to introduce Debut Author Rea Frey, her debut novel, and her second book, which launches August 6. 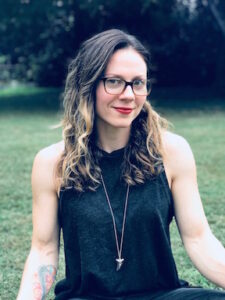 Rea Frey is a novelist. She writes books. And swears. And drinks lots of coffee. And has a daughter. And a dreamy husband. And still manages to find the magic in books.

She hopes you will put down the phone and pick up a book (preferably hers when it hits the shelves). And find the joy in reading.

Because there’s nothing quite like the power of words… 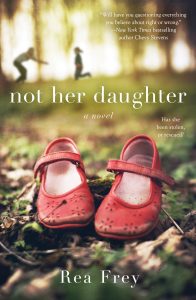 When a successful businesswoman sees a five-year-old being mistreated by her mother, she kidnaps the little girl in hopes of saving her from a terrible life. But is kidnapping ever justified?

To buy the book from a variety of sources, click here for the link to her buy page. 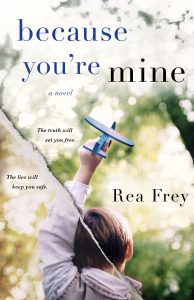 The truth will set you free, but the lies will keep you safe. Four friends go on a girls’ weekend in the mountains. Forty-eight hours later, one of them is dead. Was it an accident, or is someone hiding a deadly secret…and ultimately who they really are?

Two options to pre-order the second book. To help out a local bookstore, click here. To visit her buy page, click the link here (and scroll down).

The path to publication for Not Her Daughter was the stuff of dreams (sprinkled with a little insanity). To read the long version, check it out HERE. And then if you want to know how to SURVIVE your book launch without losing your damn mind, HERE ya go.

I’ve always wanted to write novels, but I took the long way around. I wrote a shitty novel in college, then began writing for magazines, newspapers, and blogs. I had four nonfiction books published that were SO successful, you’ve never heard of them. I was a journalist on three death row cases. I was a ghostwriter, a content manager, and a whole lot of other things that had to do with writing but wasn’t the writing I wanted to do.

Fast forward to being on a business trip in 2016. I had a young daughter, a husband who was struggling with work, and three jobs I was barely managing. I’d been toying with the idea of writing a novel, and in that airport, I witnessed an exchange between a mother and daughter that shook me to my core.

I decided to go home and write about it (because I really thought about snatching that little girl to save her from her “awful” mother).

Not Her Daughter is really an ode to that little girl…I still think about her to this day. And because I’m an “all in” kind of person, I immediately quit two of my three jobs when I got back from that business trip and gave myself eight weeks to write the book.

I wrote it in a month, happened to pick up a Writer’s Digest that featured TOP NEW AGENTS to watch, and pitched ONE woman from that magazine. I pitched a few other agents as well, one who was a vet in the industry and was very interested. But the newer agent’s enthusiasm was infectious.

That “newer” agent, Rachel Beck, helped land my book in a bidding war, where it went to auction and secured a two-book deal with St. Martin’s Press. (And she’s since helped me secure another two-book deal.) The book was then optioned for film before its release date. It’s been a whirlwind ever since.

“I became really interested in mother-daughter relationships after I became a mother.”

I became really interested in mother-daughter relationships after I became a mother. I would pay attention to parent-child behavior and question everything: is she an asshole? Am I an asshole? Is that kid an asshole? Are we ALL assholes?

When I saw the woman mistreating her daughter in the airport (which are pretty much depicted as exact characters in the book), I wondered: is that mother having a bad day, or is she a bad mother? And who are we to make that call?

Parenting is such a personal journey…even though it’s universal. The book is told from the kidnapper’s POV (Sarah) and the mother’s POV (Amy). I found myself in both of these characters and really learned a lot about myself as a mother throughout the course of this book. (And I became really, really paranoid about kidnapping. More about that HERE.)

I’m wrapping up the first draft of my third book, THE PERFECT CHILD. It’s about a blind mother who thinks her three-month-old son has been swapped for another baby…but no one believes her.

Amazing trip so far! Congratulations on all your success!