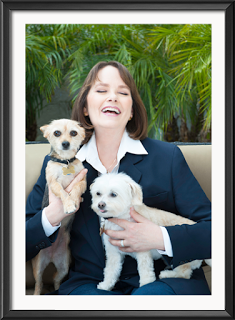 As a Senior Auditor for Warner Bros., Sheila oversaw production costs for films including “Harry Potter and the Sorcerer’s Stone,” the “Matrix” trilogy, “The Dark Knight” and “Charlie and the Chocolate Factory.”
After working on 70+ Independent and Studio movies, Sheila stepped away from the film business to complete her first YA novel. A member of SCBWI since 2010, Sheila is also a member of International Thriller Writers (ITW), Children’s Book Writers-LA (CBW-LA) and Women in Film (WIF).
She was nominated for the 2016 AllegraJohnson Prize in Novel Writing through the UCLA Extension Writers’ Program. When not writing, Sheila volunteers her time walking dogs rescued from local shelters by the Amanda Foundation. She lives in Southern California with her husband, two rescue dogs and two rescue cats.

In early 2010, my husband handed me a course description for a class called “Touring Wonderland,” an introduction to writing for the youth market. Intrigued, I registered for my first of many classes offered through the UCLA Extension Writers’ Program. The last time I had written creatively was college, over thirty-five years earlier. After graduation, like most people, my creative dreams had been left to simmer on the back burner of life while day to day survival took priority. Decades passed as my writing aspirations became more distant.

It was in this class that the first chapter of my debut YA novel Color Blind was written. Admittedly, the writing was not good, but the premise was sound. I enrolled in class after class, joined the Society of Children’s Book Writers and Illustrators (SCBWI) and worked to improve my writing. It was in those UCLA classes that I found not only like minds that ultimately formed our writers’ group (now entering our fourth year together), but valuable feedback that continued to guide me chapter by chapter, through the many incarnations of Color Blind.

In September 2011, at my first SCBWI writers’ retreat, I proudly presented my baby to “outsiders,” people I had never met. I was crushed when a faculty member, a literary agent, kept asking me why she should care about my protagonist or anything else in my chapters. When the retreat ended, I returned home discouraged. But, after a little wine and a great deal of honest reflection, I decided that as much as it hurt, the agent was right. The following day, I booted up the computer, sent my work product (ten chapters) to the recycle bin and started over.

The most valuable thing I learned that weekend was to not be married to my manuscript, especially since I was getting consistent, less than positive feedback, both in class and during the retreat. Challenging yourself is a good thing, having your work challenged is a better thing. It makes you a better writer.

For the next three years, I continued with classes and conferences and established our critique group. In July 2014, after submitting a query letter and three chapters to a publisher, the feedback I received was immediate and positive. They were interested. I delivered a 65,000 word draft to them in January 2015. An editor worked with me off and on throughout revisions and in December 2015, they made an offer. Color Blind released in October 2016.

Fast forward to December 2016: the same literary agent from my first retreat was on the faculty at the Big Sur Writers’ Conference, where I was workshopping chapters from my new novel. One evening, I found her in the dining room and gave her an autographed copy of my book. She was happy for me and enjoyed learning that her critique five years earlier had been critical to my process.

For me, there is a great benefit in getting out of my comfort zone, away from my critique group to attend classes and conferences, ones that have nothing to do with my chosen genre, writing for the youth market. Bouchercon 2016 in New Orleans was a good opportunity for getting me out of my zone. The prospect of a Mystery Writers’ conference drew me in like a well-crafted plot, so I booked a flight to NOLA. By myself. No husband. No members of my writers’ group. Just me and my overwhelming desire to learn from the mystery masters, like Heather Graham, Harlan Coban, Michael Connelly, and David Morrell. I wanted to expand my horizons and my community and the conference did that for me. Bouchercon is where I met Elena Hartwell, who generously took time to visit with me before a panel began and recommended that I look into International Thriller Writers and their Debut Author Program. 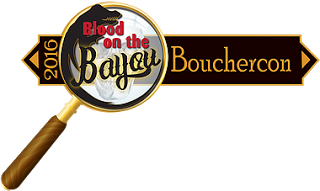 Going forward, there will be more classes and conferences and my community will continue to expand. Every writer needs a community, people to share in your joy when great things happen, like becoming a debut author, or to bolster your spirits when the reviews aren’t so kind or the sales figures aren’t so great.

There is nothing more exciting than this journey, at least for me, at this time in my life, when writing is now a career path instead of a hobby. Is it scary putting yourself out there not knowing if you’ll be ridiculed or rewarded, or worse, ignored? Of course it is, but you can handle it. You have a large community on your side, #amwriting. 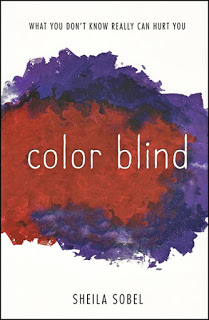 You can follow Sheila on social media – visit the links below