Skip to content
I’m very happy to have ITW Debut Author Walt Gragg join me for this week’s author interview. Walt has a remarkable background, priming him to write a complex military and political thriller, right out of the box. 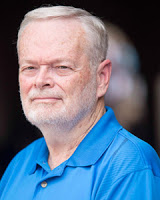 Walt Gragg lives in the Austin, Texas area with his wife, children, and grandchildren. He has been one of the truly fortunate individuals who have had the opportunity to live in many places around the world including Europe, Asia, and in every time zone within the United States. Born in Los Angeles, he has spent his life experiencing some of the world’s largest cities and smallest towns.
He is a retired attorney and former Texas State Prosecutor. He has a Bachelor’s Degree Summa cum Laude from the University of Maryland, Master’s Degree from Pepperdine University, and Juris Doctorate from the University of Texas. The Red Line is his first novel.
You can find out more about Walt on social media:
Twitter               Facebook(Author)            Facebook(Personal)         Facebook(The novel)
What prompted you to write a novel about World War Three?(and how scared should I be given how much you know about these things?) 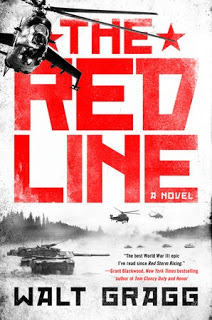 Thoroughly prepared to pitch my book, we headed for New York. PitchFest went reasonably well, with a number of requests for the manuscript. Little did I know, however, it would be the next day that would change everything. To my surprise, the editor who had loved the book was on a panel. I went up afterwards and reintroduced myself. Of course, after 17 years he didn’t remember me or the book. But that was okay. I thanked him for the kind words years earlier and left. The next morning, quite by accident, we ended up having breakfast together. A couple of weeks later he indicated he was willing to look at the story again.
So I contacted the agent I’d liked the best at PitchFest. She got her readers right on it, and by the end of the day I had an agent. We gave the editor an exclusive and he didn’t disappoint. Just fifteen weeks after ThrillerFest, Penguin Random House acquired the book and we were on our way. (WOW – talk about overnight success just taking twenty years….)
How did being in the military and being a Texas State Prosecutor impact you as a writer? How did those two careers compare and contrast in terms of your worldview?
While in the military, I got the opportunity to live in both Asia and Europe for over three years. I’ve viewed the Third World firsthand. I’ve experienced other cultures. Like most soldiers, I’ve seen things most people cannot even imagine. They say our experiences are what make us as writers. And I’ve been fortunate to experience many things.
What attending law school and being an attorney did was to structure and refine my writing abilities. While writing legal briefs and appeals is certainly different than the type of writing I do now, it was quite useful in developing how to put together an effective story. Every trial attorney will tell you a huge element of any case is creating a narrative, a story, that simplifies and explains the actions occurring in real life.
A soldier, like myself, gets many opportunities to examine a wide world. Lawyers seldom have such a chance. For the most part, their world is limited to the case in front of them. Yet, both lives helped further my ability to write The Red Line.
Your work is being applauded for its complexity – both a political and military thriller, but also as a work with tremendous literary skill. How do you feel you achieved such a remarkable feat in a first novel? Any advice for new authors? 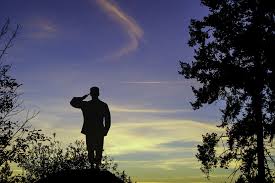 Final Words of Wisdom:
At ThrillerFest, as I prepare the 300-400 aspiring writers to participate in PitchFest, I always tell them something that outstanding writer and ITW board member, Sandra Brannan, told me. Getting published is a marathon not a sprint. It’s those writers who understand that and stay in the race who have a chance of making it in this business.