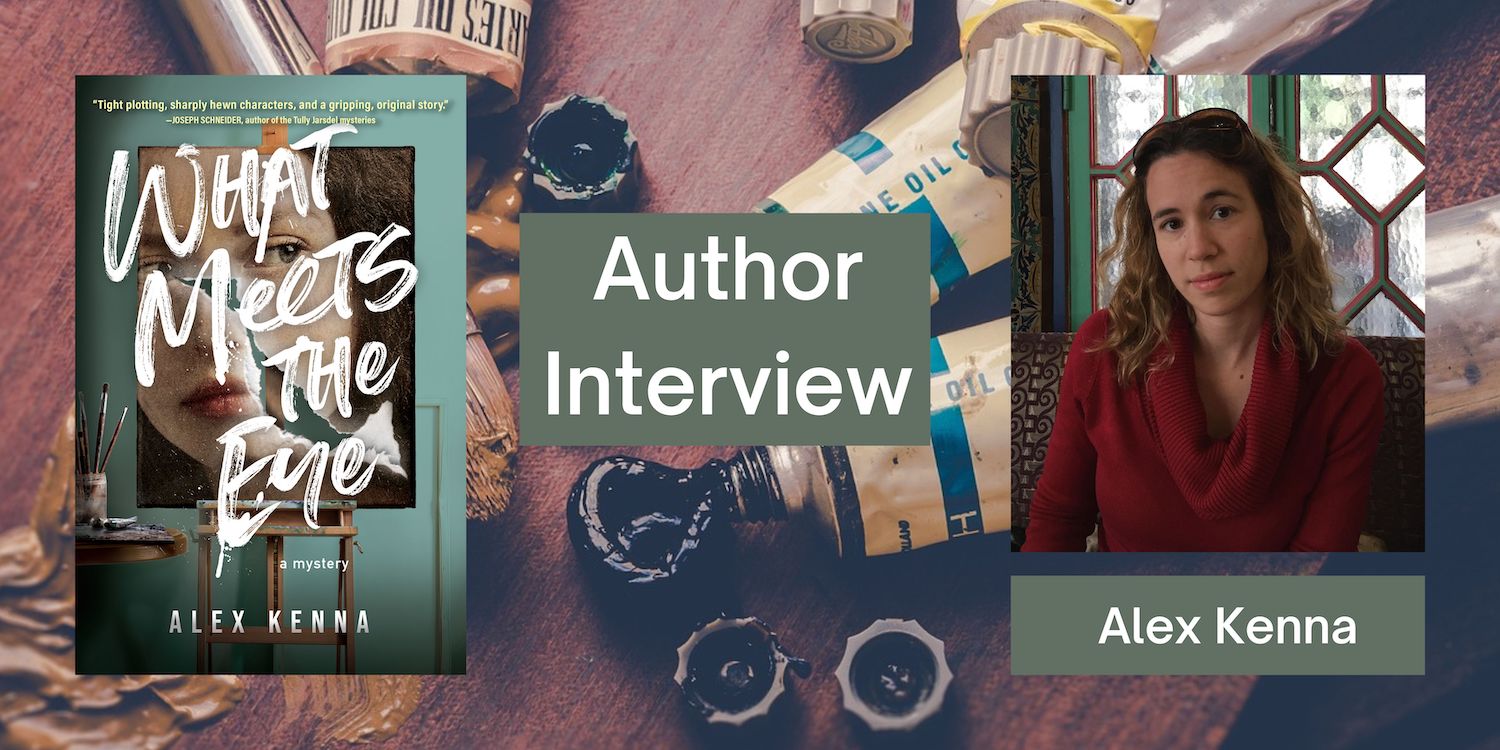 What Meets the Eye, debut mystery by Alex Kenna

What Meets the Eye 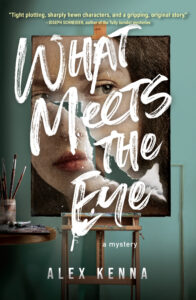 From debut author Alex Kenna comes a pulse-pounding tapestry of secrets, retribution, and greed for fans of Jeffrey Archer.

Kate Myles was a promising Los Angeles police detective, until an accident and opioid addiction blew up her family and destroyed her career. Struggling to rebuild her life, Kate decides to try her hand at private detective work—but she gets much more than she bargained for when she takes on the case of a celebrated painter found dead in a downtown loft.

When Margot Starling’s body was found, the cause of death was assumed to be suicide. Despite her beauty, talent, and fame, she struggled with a host of demons. But as Kate digs deeper, she learns that Margot had a growing list of powerful enemies—among them a shady art dealer who had been selling forged works by Margot. Kate soon uncovers a dirty trail that leads straight into the heart of the city’s deadly underworld.

Margot died for her art—and if Kate doesn’t tread lightly, she could be the next to get brushed out.

To purchase What Meets the Eye, click on any of the following links: Amazon, Barnes & Noble & IndieBound

Author Interview — What Meets the Eye

What Meets the Eye is set in Los Angeles, where you now live. LA is an iconic location for mysteries. What drew you to setting your debut there, and how does the city impact the characters?

Like you said, I live in Los Angeles, and I spent seven years as a state prosecutor here, so I gained some familiarity with how crime works in this city.  It’s also one of the two most important contemporary art hubs in the US, which was important for my story.

Los Angeles is a place of extremes, which always makes for a compelling background.  You have obscene wealth and dire poverty.  It can be a paradise or a dystopia depending on your circumstances.  It also gives you a lot of flexibility as a writer because whatever vibe you need for your story, there’s a place in LA or the surrounding counties that can match it.  And whatever insane or hairbrained plot idea you come up with, someone in LA is probably living it.

What would you like readers to know about Kate Myles?

Kate has been pushed to the brink and clawed herself back through force of will.  She was badly injured in an accident, which led to an opioid addiction.  She lost her job and her family and then had to pick up the pieces of her life to maintain a veneer of normalcy for her daughter.

She’s lost her sense of identity, and she’s not an introspective person, which makes that a particularly hard place to be.  But despite the mess, disorganization, and self-hatred, she has a really strong core.  I think that was what interested me about her.  She has to heal herself and rebuild herself from scratch.

It’s a journey that continues in the sequel.

Describe your publishing journey for What Meets the Eye?

A lot of rejection in the beginning.  It took me a while to write a compelling query – I’m a lawyer, and I was basically sending dry, lawyer-type cover letter to agents who were looking for something very different.  Then I started reading other, successful query letters and interviews with publishing professionals about what they like to see in a pitch.

I completely rewrote my submission materials but was still getting rejections.  It was frustrating, because I believed in the book, but I was pretty close to giving up. Then I decided to submit directly to a publisher.  They requested a full manuscript and eventually I got an offer.

Working with Crooked Lane has been great.  My editor, Sara J. Henry, was instrumental in polishing this book.  She immediately zeroed in on a million little inconsistencies that I was too close to the material to catch.  She really pushed me to go deeper when I had read my manuscript so many times that the words were starting to blur together.  Judging from Twitter, all of her authors feel pretty much the same way about her.

In addition to your career as a lawyer and now an author, you are an amateur painter. Tell us about your painting and artistic life, how did that interest become part of What Meets the Eye? 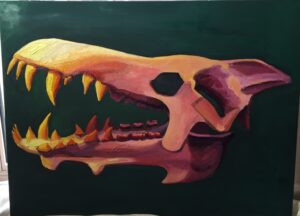 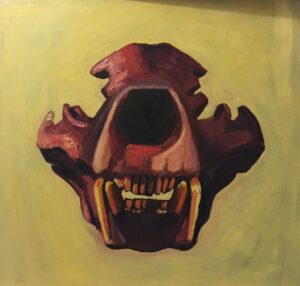 Growing up in Washington DC, I was very close to my French grandmother, who was an amateur artist.  DC has the Smithsonian, which is an incredible resource for art fans, and she would take me to the museum all the time.  She also has a very French tendency to critique everything.  Her highest compliment is “ce n’est pas totalement nul,” which basically translates to “it’s not nothing.”  Being around her and my mother, another art nerd, got me thinking and analyzing art at a young age.

I studied painting and art history in undergrad.  Then after I graduated, I worked in a gallery until the Great Recession hit.  I always thought a gallery would make a good setting for a book.  There are a lot of dysfunctional personalities and dishonest sales practices.  After leaving that job, I wrote art reviews and ran an art-criticism blog called After Image, which helped me keep up with the contemporary art scene.

I still paint on the side when I have time, which lately hasn’t happened much because I have toddler, but it’s something that I can dive in and out of depending on what’s happening in my life.

For this book, I knew I wanted to focus on the dark side of the art world – the sexism, the unethical practices, the perverse market incentives.  But I also wanted to create a character who embodied the pure joy and energy of creating visual art, which is Margot Starling.  She’s not the most traditionally “likeable,” but in some ways, she’s the character I relate to the most.

You are from Washington DC, but now live in Southern California. What has been the biggest adjustment for you moving from East Coast to West?

The driving.  I hate it with a fiery passion.  On the East Coast, I always took public transportation, so I really didn’t drive until I came out here and had to relearn—as the scratches on my car can attest.

The traffic and long distances between places can make LA a very lonely place.  In DC, I could hop on the subway and meet a friend for a quick drink at a bar.  Here, every social event requires planning.

Also, people are snobbish about different things.  On the East Coast, people are judgey about jobs and school credentials. Here’s it’s more about how much money you make and how good you look in expensive leggings.

But for all the downsides, LA is endlessly fascinating.  And there just aren’t a ton of places where you have world class art, beaches, deserts, and mountain hiking within a day’s drive.

My writing break-through came when I stopped preciously polishing the same three chapters.  I started to think about writing like I was taught to think about painting.

That is, get your first draft done and then work up the whole book together.  If you change one part, you have to think about how it affects everything else.  If you get too obsessive early on, or fall in love with one small portion, the book could turn out lopsided and confusing.

And on the business side of things:  don’t be discouraged by your first rejection.  Or your first 100 rejections.  I see a lot of twitter posts from people who are ecstatic because they got a partial request from an agent, or crushed after a rejection, and it always hurts my heart because I’ve been there.

You have to think of it more like speed dating.  It’s a numbers game.  And if it does turn out that your first book isn’t the one that’s meant to be—it doesn’t mean you’re not a brilliant writer.  Take a break, do something really fun or relaxing, and then get back to the grind.

Alex Kenna — Author of What Meets the Eye

Alex Kenna is a lawyer, writer, and amateur painter based in Los Angeles.

Before law school, Alex studied painting and art history.  She also worked as a freelance culture writer and sold art in a gallery.

Header photo by Ylanite on Pixabay

The Bucharest Dossier by William Maz