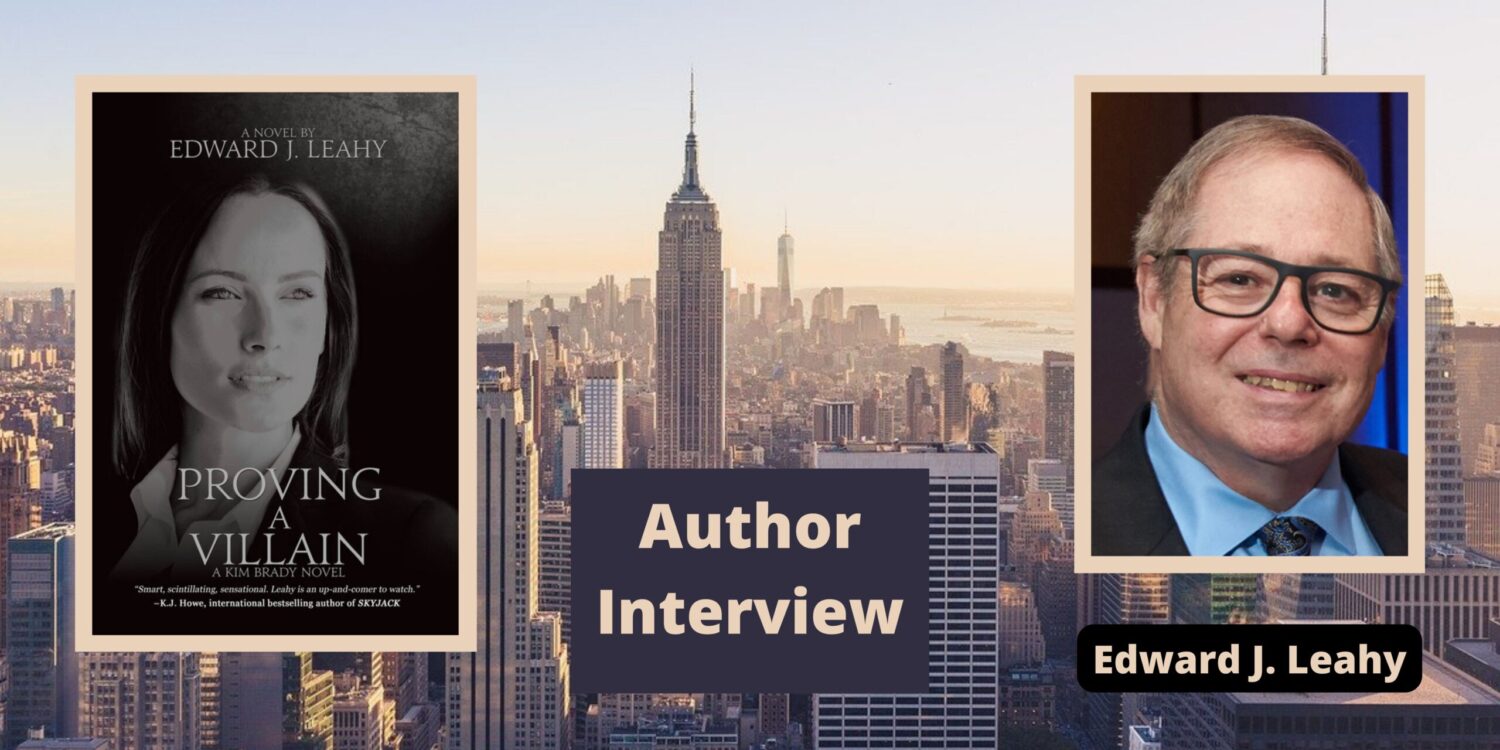 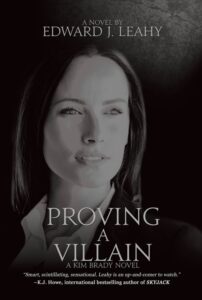 Shortly after her arrival at Brooklyn North Homicide, Detective Kim Brady is assigned a seven-month-old rape and murder of a 14-year-old girl. While the initial investigation focused on a teen suspect, DNA evidence, as well as the killer’s signature, establishes that the killer was also responsible for several older crimes, including the 1963 case Kim’s grandfather was working when he was killed. She is chasing a killer who’s been on the loose for fifty-five years.

Kim’s investigation takes place against the backdrop of a special mayoral election pitting a “law and order” state senator against the “defunder” acting mayor. A protest group is accusing the police of letting the case go cold because the victim is a Latina and stoking protests that result in arson and the killing of a firefighter. While Kim awaits the result of DNA analysis, her headquarters receives two bomb threats and the killer strikes again… and again… and again.

To purchase Proving a Villain click on any of the following links: Amazon, Barnes & Noble & IndieBound

Proving a Villain takes place in Brooklyn, an iconic location for a police procedural. What do you love, and what do you have to overcome, locating your series in New York?

The beauty of New York is in its neighborhoods, because each one has its own unique history, identity, and flavor. What’s more, the character of each neighborhood evolves over time. That allows me to make each setting a character in the story.

The challenge, of course, is to understand what makes each neighborhood tick. And in Proving a Villain, not only did I need to understand present-day Brooklyn, I also needed to have a sense of the Bronx in the past. As it happened, I had already been researching for another project, one involving Kim’s grandfather, and so I was able to tie the two together.

What should readers know about Proving a Villian’s detective Kim Brady?

Her grandfather, Dan Brady, was a hero but her father was not, and her father’s shady past haunts her. She is badass, but in a quiet way, and she’s an independent thinker, which sometimes annoys her superiors.

Proving a Villain is the third in your Kim Brady series, anything readers should know about the first two book? Or can this be read as a standalone?

Each book in the series can be read as a standalone, although Kim’s character arc (as well as those of some of the supporting characters) shows more clearly if one reads the entire series.

In the first book in the series, Past Grief, Kim is just back to active duty after her father’s suicide when she must solve a mass shooting by convincing the lone eyewitness, a transgender woman, to testify, and find the mastermind of the crime who is obstructing her investigation and gaslighting her. We also see Kim’s ambivalent feelings about her father and how they impact her relationship with Jake Dudek, her boyfriend at the beginning of the story.

In Deceived by Ornament, to solve two murders in which pagan symbols were carved in the victims’ chests, Kim must determine whether the murderer is a police officer or an imposter, a serial killer or part of a domestic terrorist plot, while a local politician micromanages her captain.

How did your career as a tax accountant prepare you for a career as an author?

Both require analytical ability, and, for the kind of fiction I write, a lot of research.

Most of my accounting career was spent in the corporate setting (so, lots of experience in hierarchical organizations, a definite plus when writing about police), but the last segment of my career, I worked for the IRS as an International Issue Specialist and had some dealings with the office of the Treasury Inspector for Tax Administration (TIGTA), as well as the lawyers from the national office of the Treasury Department.

It gave me an appreciation for investigative work.

You are a bit of a foodie, enjoying all the culinary delights your area has to offer. Tell us about some of your favorite NY restaurants. 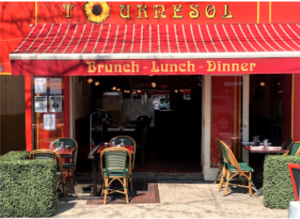 I like to use real restaurants as settings, an idea I got from an online session I attended several years ago given by C. Hope Clark. I referenced my favorite French bistro, Tournesol, in Past Grief, located in Long Island City in Queens. I also couldn’t resist mentioning Leahy’s Pub, which is a few doors down from Tournesol. I also mentioned a diner in the same neighborhood, Dorian’s Café, which unfortunately did not survive the Covid pandemic. A delightful Mexican restaurant, El Puerto de Acapulco in Corona, Queens, also did not survive the pandemic.

Gallagher’s Steakhouse on West 52nd Street in Manhattan is an all-time favorite of mine. My parents used to go there before I was born and going there is like stepping back in time. It will appear in the first book in my Dan Brady series, Enemies of All, which will be released next May.

Back in Queens, there is a wonderful Spanish restaurant, Café Salamanca, just three blocks from my apartment in Jackson Heights (oddly enough, it’s Galician in style even though Salamanca is not in Galacia). Also nearby is a marvelous Thai restaurant, Kitchen 79, and in neighboring Sunnyside, our favorite Italian restaurant, Donato’s.

Having introduced readers to Kim’s grandfather, Dan Brady, in Proving a Villain, I am working on the first book in his series, Enemies of All.

In the early 1940s, Dan, an Irish immigrant, pioneers cooperation with other law enforcement agencies to track down a serial rapist who murdered a Bronx Sunday School teacher, and to investigate a string of anti-Semitic crimes that ultimately point to sabotage. The story is based on two historical events.

I’m also finishing the first draft of the fourth Kim Brady novel, Judgment of Beasts, which will be more of a political thriller. No publication date is set, yet.

Read The Foundation of Plot. Learn the craft. And it’s never too late to get started. My first novel was published when I was 67.

Awww! Thank you, that is so kind of you to include my guidebook on story structure.

A life-long New Yorker, he enjoys taking advantage of all the city has to offer with his wife, Cindy, spinning stories of crimes past and present, with the city-that-never-sleeps serving as a character and their favorite restaurants as scenes.

Header image by Pexels on Pixabay