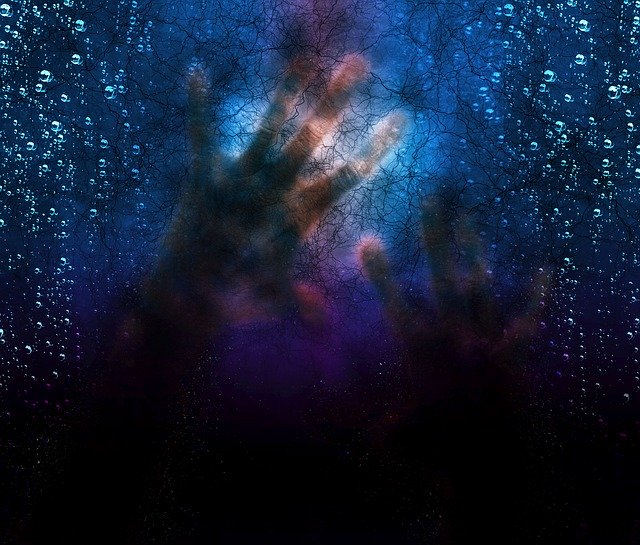 Find out how Joanna Schaffhausen combines family secrets, neuroscience, and murder in her trio of novels, the most recent out this week from Minotaur Press!

Joanna Schaffhausen wields a mean scalpel, skills she developed in her years studying neuroscience. She has a doctorate in psychology, which reflects her long-standing interest in the brain―how it develops and the many ways it can go wrong.

Previously, she worked as a scientific editor in the field of drug development. Prior to that, she was an editorial producer for ABC News, writing for programs such as World News Tonight, Good Morning America, and 20/20.

She lives in the Boston area with her husband and daughter.

All The Best Lies

FBI agent Reed Markham is haunted by one painful unsolved mystery: who murdered his mother?

Camilla was brutally stabbed to death more than forty years ago while baby Reed lay in his crib mere steps away. The trail went so cold that the Las Vegas Police Department has given up hope of solving the case.

But then a shattering family secret changes everything Reed knows about his origins, his murdered mother, and his powerful adoptive father, state senator Angus Markham.

Now Reed has to wonder if his mother’s killer is uncomfortably close to home.

Police officer Ellery Hathaway is on involuntary leave from her job because she shot a murderer in cold blood and refuses to apologize for it. Forced into group therapy for victims of violent crime, Ellery immediately finds higher priorities than “getting in touch with her feelings.”

For one, she suspects a fellow group member may have helped to convict the wrong man for a deadly arson incident years ago. For another, Ellery finds herself in the desperate clutches of a woman who survived a brutal rape. He is still out there, this man with the Spider-Man-like ability to climb through bedroom windows, and his victim beseeches Ellery for help in capturing her attacker.

Ellery Hathaway knows a thing or two about serial killers, but not through her police training. She’s an officer in sleepy Woodbury, MA, where a bicycle theft still makes the newspapers.

No one there knows she was once victim number seventeen in the grisly story of serial killer Francis Michael Coben. The only one who lived.

When three people disappear from her town in three years—all around her birthday—Ellery fears someone knows her secret. Someone very dangerous. Her superiors dismiss her concerns, but Ellery knows the vanishing season is coming and anyone could be next.

As mystery authors, we often write about family secrets. What drew you to a family secret at the heart of your latest mystery?

I think we all have family secrets, so the topic is extremely relatable. Our secrets might not be as explosive as those found in mysteries, but sometimes they are.
Families do things like accommodate predators, lie about parentage, and gaslight you till you think you’re crazy. Of course, they also lift you up and sustain you, in certain instances at the same time as they are doing awful stuff, so untangling that mess can be difficult.
Finally, the Ellery and Reed books are principally about identity: What makes us who we are and who gets to decide? Family has a big role in that, so it makes sense for the series.

How does your background in neuroscience and psychology impact your writing?

I use material gleaned from my years in school and in research all the time.
The brain remains one of our biggest mysteries.
There are aspects to neuroscience that I was taught just fifteen years ago that turned out not to be true upon further study, and there’s an endless amount we still don’t understand.

What drew you to being a crime writer?

You know, I’m not sure.
I’ve been at it since I was eight.
I’ve just always been interested in the puzzle aspect of mysteries, and I like how crime stories function as a backdrop to tell other kinds of stories about the human condition: good versus evil, what do we owe each other, identity, family, revenge, romance, etc.

“I’ve just always been interested in the puzzle aspect of mysteries . . .”

How has your writing evolved over the course of three books?

Hmm. Probably not much? I wrote them back-to-back in 2015 and 2016, and because they are a series, they are supposed to feel somewhat similar.
The voice and the structure are the same. I was allowed about 20,000 more words per book after the first one, which allows one to tell wider and deeper tales.
I’m looking forward to trying out different types of narratives in between Reed & Ellery books.

You also spend time in the fascinating world of pharmaceutical research. Anything on the horizon you are especially excited about?

I retired from the pharma world a couple of years ago to write full time, but several classes of drugs that I was tracking are now hitting the market and making a big impact.
There are treatments for cystic fibrosis now that actually improve the underlying disease, not just treat the symptoms, which is amazing.
In cancer, the advent of PD-1 inhibitors has created a mini-revolution. Patients who were riddled with tumors go home tumor-free after just a few treatments. The beauty of these drugs is the clever way in which they function.
Tumors are cells that grow out of control. Usually, a person’s immune system would stop cell growth from getting to this point. But cancerous cells trick the immune system into ignoring them so that they can continue to enlarge unimpeded.
The new drugs ‘unmask’ the tumors so that the patient’s immune system can see the cancer. It shuts the tumors down hard and fast. Pretty astounding stuff!

“Neurological diseases are among the hardest to treat for a variety of reasons, not least that the brain is hard-wired to keep drugs OUT as much as possible. Just getting the treatment into the cells is a tricky business.”

Finally, and this is more of a concept than a drug right now, it is interesting to learn that nearly all of the terrible neurological disorders (ALS, Alzheimer’s, Parkinson’s Disease, etc.) have, at core, the same problem.
Misshapen proteins build up inside neurons when they should be eliminated. Healthy cells ‘take out the trash’ all the time. In these neurological conditions, the protein folding and chaperoning breaks down and the clunky proteins clog up the brain cells until they die, with devastating results.
Neurological diseases are among the hardest to treat for a variety of reasons, not least that the brain is hard-wired to keep drugs OUT as much as possible. Just getting the treatment into the cells is a tricky business.

A Writer’s Life and the Death of My Father

But the insight that all of these terrible conditions share a semi-common mechanism suggests there could be one treatment lurking out there that would be the key to solving them all.
I remain hopeful!

Up next for me is Gone for Good, a somewhat darker tale.
It’s about an amateur sleuth who decides to try to surface a serial killer who stopped killing twenty years earlier.
When she ends up dead by the same methods as his victims, the cops have to figure out if she actually found the guy or if someone else in her life used her weird hobby to murder her.

“It’s important to have friends to laugh and cry about it with so that you don’t end up talking to yourself in a locked room.”

Lean into what you’re good at and go from there. You can’t be all kinds of writer at once, nor should you be.

Make sure your prose is at least serviceable. Editors will pass on books that require too much cleaning up.

The real story is the friends you make along the way! Find writer friends to share your joys and tribulations because there is so much about this business you can’t control.

It’s important to have friends to laugh and cry about it with so that you don’t end up talking to yourself in a locked room.

Thanks for spending time with us! Best of luck with your latest release.

Header Photo by The Digital Artist on Pixabay. Click the link here for more information.

My first month as a published author…