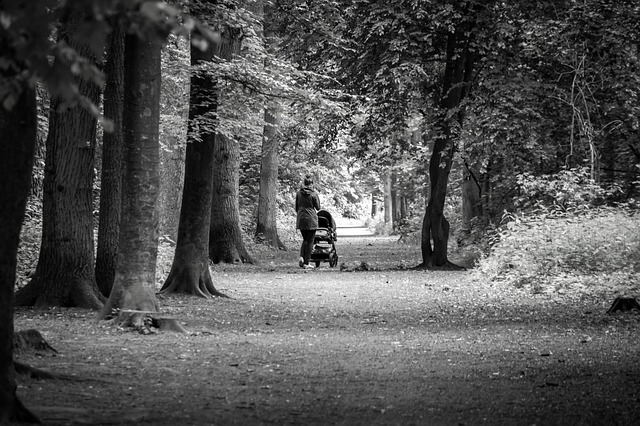 Writing from Personal Experiences in Fiction

Writers often use personal experiences in fiction to make their characters and stories feel “real”. Two writers from this year’s International Thriller Writers Debut Author Program share how their lives intersected with their debut novels.

Looking for more new mysteries, thrillers, and Women’s fiction to read? Check out my post on new books through the end of the year by clicking the link here.

Daniela Petrova is the author of the novel Her Daughter’s Mother (Putnam, June 2019). She grew up behind the Iron Curtain in Sofia, Bulgaria. Soon after the fall of Communism, she moved to New York where she worked as a cleaning lady and a nanny while studying English at the YMCA.

She is a recipient of an Artist Fellowship in Writing from the Massachusetts Cultural Council. Her short stories, poems and essays have been published in The New York Times, The Washington Post, Salon, and Marie Claire among others. She lives and writes in New York City. 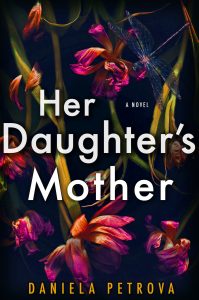 Newly pregnant Lana Stone has never considered herself a stalker—until the night she recognizes her anonymous egg donor on the New York City subway and starts following her, hungry to find out more about the young woman whose genes her baby will inherit.

When she vanishes without a trace a week later, Lana starts digging into the young woman’s past, even as the police grow suspicious of her motives. But she’s unprepared for the secrets she unearths, or their power to change everything she thought she knew about those she loves best.

To buy the book, click on any of the following links: Amazon, Barnes & Noble, IndieBound, and Books-A-Million

Her Daughter’s Mother is my debut novel but isn’t my first. And while I would be embarrassed to show anyone the first book I wrote, it was a great learning experience.

I thought of the premise for Her Daughter’s Mother while undergoing infertility treatments with my husband years ago and wrote a very rough first draft. But when my marriage fell apart, I had to put the book aside as I struggled to get back on my feet and hit the restart button at the age of 40.

Eventually I picked it up again and, over the course of three years, I went through numerous revisions on my own and with my agent, Lisa Grubka. I found Lisa with the help of one of my writing teachers, Curtis Sittenfeld whose class at the Iowa Writers Workshop I’d taken more than a decade earlier.

Later, as a freelance writer, I interviewed her for Guernica magazine and mentioned that I was working on a novel. She asked if I had an agent and recommended Lisa. I sent her the first 50 pages, she liked them and asked to see the full manuscript. Which meant I had to sit down and write it.

“On a deep primal level, you feel like damaged goods.”

While my husband and I were trying to get pregnant, our doctor suggested a donor egg cycle as our last chance. Using the eggs of a younger woman in order to conceive is a complicated, emotionally-wrought process. On a deep primal level, you feel like damaged goods.

Unlike my protagonist, I didn’t get pregnant, but as I was going through the process, I kept thinking what if I were to run into my donor by chance? What would I do? Would I follow her, hoping to learn more about her? That sounded like an interesting premise for a book.

I’m working on my second novel, also domestic suspense. Again, I’m drawing on my personal experience, this time as an immigrant in New York in the mid-90s. Before cell phones and social media, it could be a very isolating experience, and potentially dangerous, for a young woman who knew not a soul in the country and barely spoke any English.

Fascinating projects – and so deeply personal. Thank you for sharing how you used your personal experiences to write your fiction.

Jodé Susan Millman is a life long resident of Poughkeepsie, New York, which serves as the setting for her legal suspense novels. In her writing, she draws upon her experiences as an attorney to capture the tensions that arise when a small community is rocked by tragedy.

She received her BA and JD from Syracuse University, and while studying at NYU Law School she served as a contributing editor to “The Kaminstein Legislative History Project: A Compendium and Analytical Index of Materials Leading to the Copyright Act of l976.” Concentrating on law and literature, Jodé obtained her MA in English Literature from Eastern Michigan University, and has taught at Detroit Mercy Law School and Marist College. 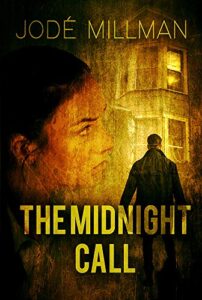 A pregnant attorney risks her life, career and her unborn child to aid her mentor, when he is accused of murdering a trespassing teen.

When Jessie Martin, Esq. is accused of aiding in the crime, she must untangle the web of betrayals and the shocking truths behind the homicide. This quest turns out to be the fight of her life.

To buy the book, click on the following link: Amazon

My road to fiction publication was really long and rocky. The Midnight Call is my first fiction manuscript, and I had been working on it for at least ten years.

In November 2015, I was signed by Loretta Barrett Books Literary Agency, but then my agent was involved in a head-on crash, retired from the business and the agency folded. At that point, I put The Midnight Call on the back burner and started my next novel.

Then, in March 2018, I entered a Twitter pitch contest with #PitMad pitching The Midnight Call. Immortal Works contacted me, requested pages, then chapters, and then minor revisions to my manuscript, which I gladly made.

In May 2018, they offered to publish the revised manuscript and here we are. It’s been a happy, busy, exciting and challenging year.

“How could I know someone who committed murder?”

I’m a retired attorney and a hometown girl living in Poughkeepsie, N.Y. Shortly after I graduated from Syracuse University College of Law, one of my junior high school teachers, a very popular fellow, committed a brutal murder. He killed a student who was trespassing through his yard late one August night.

Since Poughkeepsie is a small city, and everyone knows everyone, I was struck by the emotional and physical proximity of the murder. How could I know someone who committed murder? How could someone in a position of trust betray his friends, his students and his community?

I still have trouble wrapping my head around those questions and wanted to explore them through my cast of characters.

Poughkeepsie is a hot bed of bizarre crimes, so a local prostitute-obsessed serial killer inspired my next novel, HOOKER AVENUE. It’s a sequel to The Midnight Call.

Jessie Martin’s involvement with the murder of Ryan Paige has left her a pariah in the legal community, so while considering her options, she’s drawn into one of the darkest mysteries in Hudson Valley history.

Teaming up with Detective Ebony Jones, she investigates the disappearances of eight women in the Hudson Valley – cases that were neglected because the women were in the sex trade.

So interesting that both of you used personal experiences in your fiction. Thank you for sharing your journey with us!

Header photo by Didgeman on Pixabay. Click the link here for more information.