Continuing with my announcements of award nominations and debut authors, this week I bring you the prestigious Edgar Awards and ITW Debut Author Laurel Hightower. 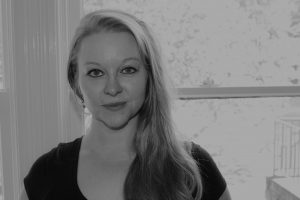 Laurel Hightower grew up in Kentucky, attending college in California and Tennessee before returning home to horse country, where she lives with her husband, son, and two rescue animals. She works as a paralegal in a mid-sized firm, wrangling litigators by day and writing at night. A bourbon and beer girl, she’s a fan of horror movies and true life ghost stories.

To find out more about Laurel, follow her by clicking on the following links:  Goodreads and Facebook. 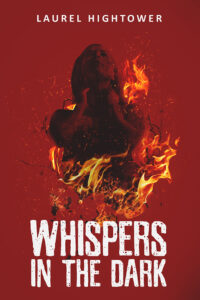 Rose McFarland is a Memphis S.W.A.T. sniper with a secret. Her uniform hides her burn scars, legacy of the house fire that left her without a family, but suppressing the terrifying ghostly visions of her childhood – The Whispers – took years of work.

Sixteen years later, the ghosts have returned, and as the walls between our world and the world of the dead grow thin, Rose will have to face her old nightmares to stop the Whispers from breaking free.

Tell us about your Publishing Journey:

Whispers was actually the second novel I’d written – the first one I consider my training wheels. I learned a lot about what not to do with that one, and what to do – namely, planning, even if it’s just a rough outline. Whispers took a long time to complete, from 2009 when I started it to 2016 when I submitted it to my agent.

From there the publishing process was long and winding – the paranormal market is pretty tough these days, apparently, so I got plenty of rejections. I was thrilled when JournalStone agreed to publish – by that time I’d pretty much written it off, so it was surreal to start the wheels of getting my book out in the world. It was also crazy timing – I had recently returned to work after maternity leave, so I had my hands full, and finding time to get revisions out the door was challenging. But hey, who needs sleep, anyway?

I love ghost stories – haunted houses, haunted people, whether fiction or real life, so I knew that was what I wanted to write about. My work tends to be character driven, so Rose had already begun to develop as a character in my head, and I was interested in combining the elements of mysteries with the supernatural. I’m definitely not “gifted” in the sense that Rose is (thank goodness), but I’ve had some creepy experiences – there was a cool apartment in Knoxville that we ended up passing on because I’m pretty sure that place was riddled with ghosts. The energy in that place was just bad.

I love hearing from other people what their experiences have been – a surprising amount of folks I’ve met over the years have had brushes with the supernatural. I wanted to explore what would happen to this character, being inundated with them for most of her life, and how her upbringing and her visions would affect everything else.

After a crazy 2018, I finally got my next novel polished enough to send to my agent, another thriller but with less emphasis on the paranormal. I’ve got another couple of books in various stages of revisions, and am sketching out plans for something new, though still in the thriller genre.

In the future I’d love to work on something in the horror/thriller category with a more subtle set up, similar to what Paul Tremblay has done with A Head Full of Ghosts and Disappearance at Devil’s Rock. It’s not something I feel like I could have attempted back when I first started writing, but I learn so much with every project I work on.

Sounds like an amazing journey! Can’t wait to dive into your work.

Announcing the Mystery Writers of America Edgar Award Nominees. Winners will be announced on April 25.

How many have you read?

To learn more about the authors and their books, click on their names below.

Tinderbox: The Untold Story of the Up Stairs Lounge Fire and the Rise of Gay Liberation by Robert W. Fieseler (W.W. Norton & Company – Liveright)
Sex Money Murder: A Story of Crack, Blood, and Betrayal by Jonathan Green (W.W. Norton & Company)
The Last Wild Men of Borneo: A True Story of Death and Treasure by Carl Hoffman (HarperCollins Publishers – William Morrow)
The Feather Thief: Beauty, Obsession, and the Natural History Heist of the Century by Kirk Wallace Johnson (Penguin Random House – Viking)
I’ll Be Gone in the Dark: One Woman’s Obsessive Search for the Golden State Killer by Michelle McNamara (HarperCollins Publishers – Harper)
The Good Mothers: The True Story of the Women Who Took on the World’s Most Powerful Mafia by Alex Perry (HarperCollins Publishers – William Morrow)

“How Does He Die This Time?” – Ellery Queen Mystery Magazine by Nancy Novick (Dell Magazines)

Congratulations to all the nominees!

Author Alexia Gordon: Balancing a Medical Career with a Writing Career, and Picking up a Lefty Award Along the Way