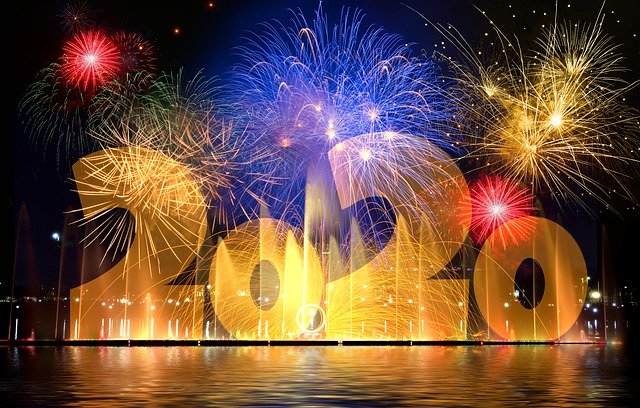 New Books for 2020! I’m excited to start off 2020 by introducing a fellow Crooked Lane author, M.L. Huie. You can meet me and M.L. both at Malaprop’s Bookstore in Asheville, NC on May 24th.

Want more information on my upcoming events? Visit my event page by clicking the link here.

Both writers are members of the International Thriller Writers Debut Author Program – I’m looking forward to following both of their careers.

Both Books Launch on January 7th! 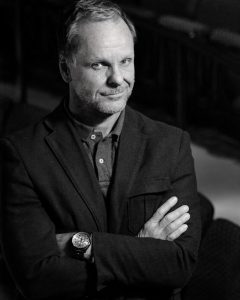 M.L. Huie is a writer, teacher and actor. In addition to working ten years as a features journalist he has written several plays that have been performed throughout the US and in the UK.

He is a members of Actor’s Equity Association and teaches theatre and acting at the university-level. Like Livy Nash he loves the northwest of England and has a Yank’s appreciation for a good Lancashire Hot Pot. Spitfire is his first novel.

Livy Nash was a spy for the British in WWII whose war ended in tragedy.

In 1946 Ian Fleming recruits her to go back to Paris to find the traitor who killed the man she loved.

To buy the book, click on the following links: Amazon, Barnes & Noble, and IndieBound

I had written two earlier books that only my wife will ever see. I started Spitfire in 2013 and began querying agents in 2015.

Then two agents and countless rejections from publishers later the book finally found a home in late 2018. So, it takes time to find to break in and get your book published. Never give up is a cliche, but man it’s so true.

(I’m thrilled to say that M.L. and I share a publisher! So happy to have found a home with Crooked Lane!)

“I felt discarded really and wondered how women who served in these very dangerous jobs during the war might have felt when they went home and went back to potentially menial jobs.”

The book really came about due to an odd confluence of events. I read and loved Elizabeth Wein’s Code Name: Verity and that inspired a lot of research into the SOE (Special Operations Executive).

At the same time I read that Ian Fleming, who worked in Naval Intelligence during the war, ran foreign correspondents after the war some of whom were also spies.

Finally on a personal note I was going through a period of unemployment for the first time in my life. I felt discarded really and wondered how women who served in these very dangerous jobs during the war might have felt when they went home and went back to potentially menial jobs.

I am editing the second book in the Livy Nash series, NIGHTSHADE. It takes place mostly in Washington D.C. in 1947 and is deliciously darker than the first novel.

Congratulations on your debut! Thanks for hanging out with us on my blog and adding to my list of new books for 2020.

Bonnar Spring writes eclectic and stylish thrillers with an international flavor.  A nomad at heart, she hitchhiked across Europe at sixteen and joined the Peace Corps after college.

Bonnar divides her time between tiny houses on a New Hampshire salt marsh and by the Sea of Abaco.

Toward the Light is her debut novel.

Luz Concepcion returns to Guatemala to avenge the death of her family, but her plans unravel when she gets caught up in the world of drug traffickers and revolutionaries and falls in love with an expat who keeps as many secrets as she does.

To buy the book, click on any of the following links: Amazon, Apple Books, Books-A-Million, Barnes & Noble, and IndieBound

Toward the Light is my second complete manuscript. I spent a year or so, while writing and rewriting it, actively trying to find an agent for my first manuscript, one with all the flaws you’d expect of a beginner’s novel. It may never see the light of day, but it was a satisfying learning experience.

By the time Toward the Light was ready to send out into the world, the concept of twitter and blog pitching events was beginning to take off. I’d only sent queries a few places when I saw a promotion for #AdPit (Adult fiction/any genre). I decided to try it and, to my delight, several agents requested pages; then some, the full ms.

In the end, Lisa Abellera a new-ish agent at Kimberley Cameron & Associates offered representation. But – and this is an important and very cool part – first, she asked me to change something that I wasn’t sure I wanted to change. I wanted an agent, though, so I fiddled with Lisa’s suggestion. I loved the way it turned out! And so did she. The point is that we work well together and have a similar vision of the stories I’m telling.

“I believe online pitch events are the best way to shrink agents’ inboxes to manageable levels: Authors post their pitches in a publicized site on a given date, and agents can browse as time permits, easily request what catches their eye, and ignore the rest.”

(As an aside, I believe online pitch events are the best way to shrink agents’ inboxes to manageable levels: Authors post their pitches in a publicized site on a given date, and agents can browse as time permits, easily request what catches their eye, and ignore the rest.)

Lisa and I worked almost another year on developmental and line edits before she thought the ms was ready. Toward the Light found a home at Oceanview Publishing within six months. Our hard work had paid off because everyone told me how polished and clean the ms was.

“I’ve always advocated for human rights and social justice, I began to think about framing the idea as a story.”

The genesis of this novel came from a conversation at a party a great many years before I began writing it. We were talking about Saddam Hussein – that’s how long ago it was! The world, we agreed (naively), would be better off if he were gone.

One man said he’d kill Saddam himself if he only had the opportunity. Of course, the response was ‘You’d die, too.’ A wine-fueled discussion sprang up: Could you do something like that without getting caught? If so, how? What if getting caught didn’t matter?

Those thoughts percolated for ages: How far would I be willing to go if my life no longer mattered?

I’ve worked for many years with refugees and immigrants. In that time, I’ve heard countless stories about hardship, war, fear, family, and escape. Since I’ve always advocated for human rights and social justice, I began to think about framing the idea as a story.

I know nothing more than I read in the news about the Middle East, so I transposed the setting to Central America, where I’ve often traveled. It has a similarly tumultuous history of strongmen, violent political factions, corruption, and drugs. The settings in Toward the Light are fictionalized versions of real places in Guatemala.

I’m putting the finishing touches on another international thriller, this one set in Morocco. And I’ve begun a VERY rough draft of another Central American story.

Great concept! So glad to have you here to introduce new books for 2020!

Best of luck on your debut and future novels!

What new books for 2020 are on your reading list? I’d love to hear from you!

Header photo by geralt on Pixabay. Click on the link here for more information.