Wishing everyone who celebrates, a very Merry Christmas. 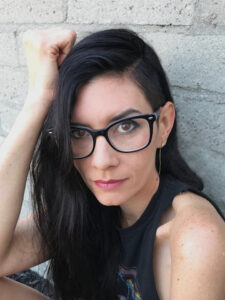 Wendy Heard is an author of psychological thrillers. She was born in San Francisco but has spent most of her life in Los Angeles, which is on fire more than she would honestly prefer.

When not writing, she can be found haunting local bookstores, hiking the Griffith Park trails, and (apparently) writing about herself in the third person. 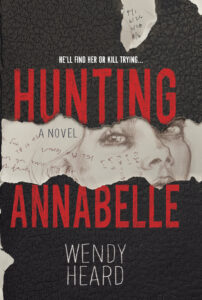 After serving three years in a psychiatric prison, Sean is determined to stay away from any potential victims. He can’t resist Annabelle, though, and when she’s kidnapped on their first date, he’s driven to extremes in his quest to find her.

To save her, he’ll have to do more than confront his own demons… He’ll have to let them loose.

Describe your publishing journey:
This was my seventh completed book over a span of about ten years. I think I have something like seven hundred agent rejections under my belt. It took a long time, but in retrospect, I’m grateful none of my earlier work was published. I’d be so embarrassed to have it out in the world. Also, my agent is amazing, and she was worth the wait.
What inspired you to write this novel?
I was inspired by a lot of things! First of all, the theme park inspiration came from a lifetime in Southern California, where you grow up going to Disneyland for special occasions. At that theme park, there are all these tunnels running underneath, and the ambulances are outfitted to look like quaint maintenance vans (or something similar) to avoid bad press, and I always imagined that some seriously scary shit could go on there and you’d never, ever find out. I was dying to write a murdery theme park book.

For Sean’s characterization, I was interested in what the French call “L’appel du vide,” or “High Places Phenomenon.” I wanted to explore the dark potential we all have within ourselves through a character who was just a little bit less in control of his impulses than the rest of us are. I thought it would be an uncomfortable yet compelling experience to read a book through the eyes of someone like that.

What are you working on now?
I just turned my second book into copy edits! I’m really excited about book 2. It’s a close-to-home story for me; it takes place in working class Los Angeles (my hometown) and is about a woman who gets recruited by a vigilante murder club as she tries to save her younger brother from their dangerous foster mother. It comes out in December 2019!
Now that it’s in to copy edits, it’s time to start thinking about book 3!
Congratulations on your debut and second book! Thanks for hanging out with us today. 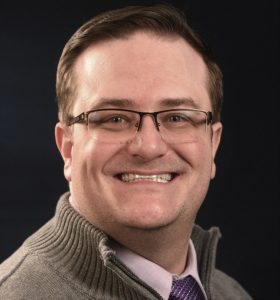 Treon is a former journalist who, after graduating from The University of Texas at Austin with a bachelor’s in journalism, worked as a reporter for the Fort Worth Star-Telegram, was a reporter and editor at the Amarillo Globe-News and was the managing editor of The Kerrville Daily Times. He now lives and writes in Texas. 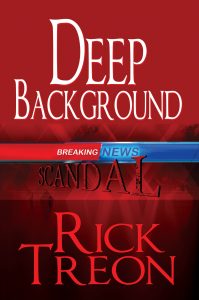 Someone’s out to ruin the reputation of political reporter Levi Cole. After losing his high-profile job in Dallas, Levi returns to his rural Texas hometown to regroup and win back the married woman and fellow reporter he left behind, Kat Hallaway, by helping her cover a grisly murder.

As they close in on the killer, Kat is kidnapped and Levi must solve the murder — and uncover the conspiracy against him — to save her and regain control of his life.

Deep Background is the first manuscript I completed. It’s actually the first work of fiction of any kind I completed. Fiction was always in the background during my journalism career, and I’d written some opening chapters, but never had a story I was excited about. Then I started forming Deep Background, and I eventually knew I wanted to get it finished and get it published.

After finishing the manuscript, re-writing it, and editing it, I began querying agents. I got a few requests for the manuscript in the first couple of weeks that turned into kind rejections. At that point, I decided to research some publishing houses that don’t require agents and submitted my manuscript to a few of them. Within a week of sending it to Black Rose Writing, I got a response asking if the project was still available. I had a contract offer about a week later.

I quickly found out the amount of work that begins after signing the publishing deal. I went through the manuscript one more time to get it “finalized.” Then BRW editors did their edits and had suggestions. I implemented those suggestions and submitted it again. We then did one last line edit on the galleys and tweaked the cover art. Then the novel was finally ready for publication. Though the story is the same, reading the manuscript I originally sent in and the final product are almost different reading experiences. Needless to say, I feel the final product is much better.

My biggest takeaway from that process was the amount and type of editing a novel requires. I had been a newspaper editor for several years, so I thought I had a good idea of what I would need to do to get my manuscript ready. But the endurance, note-taking and methodical pace it takes to thoroughly edit a novel is a different animal. I now know to do that far earlier in the process. I also learned that the book publishing process is slower than I had imagined, especially compared to the deadlines I was used to in daily journalism.

It all started, as I’m sure it does with many authors, with a love of reading. I was reading Stephen King in elementary school, and have been reading thrillers, mystery and horror novels since. This particular novel was a good example of “write what/who you know,” which I figured was a good place to start my first novel.

Many of the events of Deep Background, none of which actually happened except for a few smaller details, were inspired by the sudden and unprecedented shift the journalism industry and the political landscape, and how those two are connected. I was writing the first draft during the 2016 presidential campaign and re-writing it during President Trump’s first year in office, which is fortunate. If I’d have written this story with these kinds of characters (journalists and politicians) before that, I would have had to re-write it again anyway.

I’m currently writing the first draft of another novel. It’s not a sequel to Deep Background, though that’s certainly possible in the future. For this novel, I wanted to get away from having journalists as protagonists and newsrooms as settings. This story takes place in two timelines, past and present, and the present timeline’s setting is primarily an oil pipeline job site.

I actually spent about four months working on a pipeline with one of my best friends, who is a pipeline welder, so I will still be writing from experience. Though not a journalist, the protagonist is a failed true crime writer who has taken the job to make ends meet and possibly re-boot his life. Without giving away any spoilers, I will say this is another thriller that includes a murder investigation.

Sounds fascinating! Thanks for spending time with us on my blog! 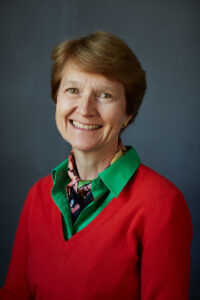 A.M. Halvorssen is a native of Norway, living in Colorado, she has focused on teaching law and writing on environmental issues, especially climate change. She has a masters and a doctorate in law from Columbia Law School.

She is the Director of Global Legal Solutions, LLC, an international think tank and consultancy and a member of the International Law Association’s Committee on International Law and Sea Level Rise. Furthermore, she does pro bono work for the Legal Response Initiative, in conjunction with the UNFCCC climate change negotiations.

A Moroccan journalist stumbles upon a story that can make or break her career … and her life. Zakia Kamir gets a note from a former boyfriend about his suspicions regarding the company he works for, an oil and gas company in Rabat, Morocco.

She doesn’t respond, because her long-distance marriage is already hanging on a thread. Not a week later, he is incinerated in a fracking incident, which may not be an accident.

This is my first fiction manuscript. I started pitching a conferences, Thrillerfest was one of them. Found my publisher through a friend.

Teaching climate change law at the University of Denver, I thought that having some students learn about climate change was fine, but a much broader audience should be enlightened. Few people read the scientific reports (IPCC reports, etc.) and the newspapers had the stories backwards for a long time. I thought plenty of people still read novels, so I decided to write a novel and put climate change into it, being careful to make it a thriller first and foremost, not an info dump on climate change. This thriller belongs to the new genre of climate fiction (cli-fi).

I’m excited to read cli-fi! Thank you for sharing your expertise alongside your skill as a writer.

Small Towns Can Be Murder