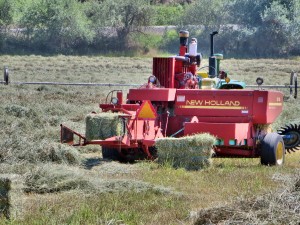 Today’s guest post is by author Cathy Perkins. Did you know making hay and publishing have a lot in common?

Read through to the end to learn more about her and her most recent novel, In It For The Money

I started to write a holiday post, but when I think about Elena, I think about horses, which naturally makes me think about hay. Why? Other than the obvious – horses eat a lot of hay – most of the people around our mountain retreat grow hay. So when it’s cold and cloudy outside, it a lot more fun to remember last summer’s warm, sunny days. Besides, the hay-making process is interesting, even if it does play havoc with my husband’s allergies. One thing that surprised me, though, was the parallels I saw between making hay and writing.

Let’s look at the hay part first. There are three basic requirements for growing hay: land, water and sun. Lots of each one. Once the grass reaches the right stage—tall, but not gone to seed—the ranchers start watching the weather even closer than they usually do. Hoping the forecast holds, they cut the grass in wide swathes and let it dry.

Over the next few days, the ranchers fluff—okay, the technical term is swath—the hay so it dries evenly. Once the hay is dry, they can bail it into bricks that litter the field at regular intervals.

This year’s first cutting looked terrific and the initial bids from Japan were many dollars/ton. (What do you think those Kobe cows eat?) The earliest cutters started bailing and there was happiness in the valley.

Then the unexpected happened. A storm boiled over the Cascade Mountains and drenched the valley. All the grass still on the ground went from being prime hay to cattle feed—not even dairy cow feed—at a price that barely covers the expense of bailing it.

As soon as the sun reappeared and dried things out, the ranchers fluffed what was there and prepared to get it out of the field and make way for the next crop.

There are other ways things can go wrong. Balers break and things get stuck. Weeds invade from untended land. But the men and women who ranch for a living keep going, raising hay for their horses and other people’s cows.

Well, you start with three basic ingredients to create a story: writer, imagination and paper—lots of each one. (Well, one author, but it takes a team, although that’s a different story.)

The author nurtures the story to The End and fluffs and cuts and edits, hoping for that premium bid for the manuscript. But things outside the author’s control can ruin the venture. A decision somewhere else that Steampunk/Chick Lit/Romantic Suspense/Whatever is “dead” means that particular manuscript isn’t going anywhere except a closest or thumb drive. (Hmm… considering indie-pubbing yet?)

Like a bale in the baler, words can get stuck. It’s much harder to find a repair person for a broken or missing muse than a machine.

Like the rancher, the writer keeps putting words on the page, creating stories, because that’s what writers do.

Can you think of any other parallels? 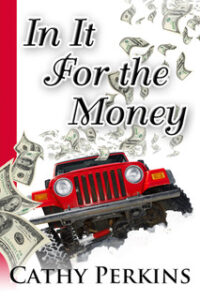 Holly Price traded professional goals for personal plans when she agreed to leave her high-flying position with the Seattle Mergers and Acquisition team and take over the family accounting practice. Reunited with JC Dimitrak, her former fiancé, she’s already questioning whether she’s ready to flip her condo for marriage and a house in the ‘burbs.

When her cousin Tate needs investors for his innovative car suspension, Holly works her business matchmaking skills and connects him with a client. The Rockcrawler showcasing the new part crashes at its debut event, however, and the driver dies. Framed for the sabotage, Tate turns to Holly when the local cops—including JC—are ready to haul him to jail. Holly soon finds her cousin and client embroiled in multiple criminal schemes. She’s drawn into the investigation, a position that threatens her life, her family and her increasingly shaky relationship with JC.

Click here to buy the book at a variety of locations. 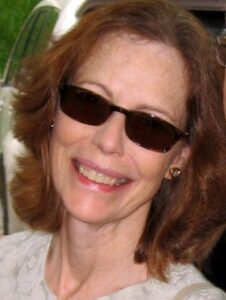 When not writing, she does battle with the beavers over the pond height or heads out on another travel adventure. She lives in Washington with her husband, children, several dogs and the resident deer herd.

Thanks for hanging out with us Cathy! I’ll never look at hay the same way again.

The Interview with Author Jack Remick — Part I