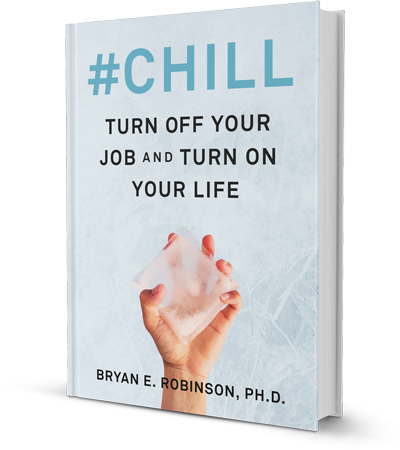 This week I’m thrilled to turn my blog over to guest blogger, Bryan E. Robinson to help us with a problem most writers face at some time in their career: The inner critic. 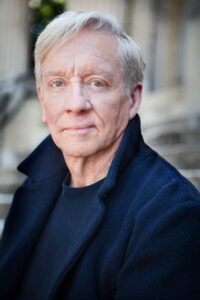 His most recent release is Daily Writing Resilience: 365 Meditations and Inspirations for 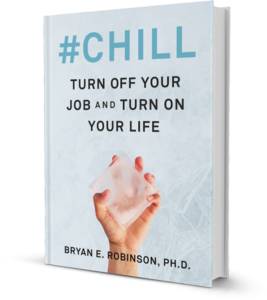 Writers (Llewellyn Worldwide, 2018). He has written for Psychology Today, First for Women, and Natural Health, and his blogs and columns for writers appear in Southern Writer’s Magazine.

He is a consulting editor for The Big Thrill, the online magazine for International Thriller Writers. His long-selling book, Chained to the Desk, is now in its 3rd Edition (New York University Press, 1998, 2007, 2014). His books have been translated into thirteen languages, and he has appeared on every major television network: 20/20, Good Morning America, ABC’s World News Tonight, NBC Nightly News, NBC Universal, The CBS Early Show, CNBC’s The Big Idea. He hosted the PBS documentary, Overdoing It: How to Slow Down and Take Care of Yourself.

Next up for Bryan: #CHILL: Turn off your job and Turn on your life

“What a relief to learn that the voice in your head isn’t who you are.”

#Chill: Tune Out Your Inner Critic and Tune Into Your Writing

Do you hear voices in your head? Of course you do if you’re a writer. All of us authors have one relentless voice, in particular, that lives in our heads and never rests—an inner critic that puts us under the microscope, bludgeons us with criticism, and tells us how worthless, selfish, dumb, or inept we are. That kick-butt voice pops up like burnt toast with such lightning speed we don’t even notice, eviscerating us with name-calling, discouragement, and putdowns.

The inner bully tells you that you can’t; you should, ought to, have to, or must. Psychotherapists call it “musturbation.” The Critic knows where you live and where to find you. And it does. When you’re working on an important manuscript, it stalks you to your desk and whispers over your shoulder. It could be scolding you right now. Listen closely. Do you hear it: “No, that’s not right! You don’t know what you’re doing! You might as well give up! Who do you think you are, Stephen King? J.K. Rowling? You’re an imposter.”

Here’s how to chill your inner bully. When it pops up, befriend it. You heard me right. Listen to it with a curious, dispassionate ear as a part of you. Imagine someone scolding you over your cell phone, and you hold the phone away from your ear. In the same way, you can hold the Critic’s message away from you and listen to it from afar as a separate part from you, not all of you. In addition to hearing it as a part of you, not you, a dispassionate ear gives you distance from the Critic’s voice and keeps you from identifying with it or attacking yourself. Plus it keeps you from believing the voice’s made-up story.

What a relief to learn that the voice in your head isn’t who you are. It’s the lowercase “self.” Who are you, then? You’re the True Self with a capital “S”—the one who hears and sees the lowercase “self.” The uppercase YOU is composed of 8 “C” words: Creative, Curious, Clarity, Calm, Confident, Courageous, Connected, and Compassion. When you put yourself into one of the “C” states, it automatically triggers some of the others. For example, if you can get curious, it often activates clarity then calm. Or when get calm or confident, it unleashes creativity.

There’s no use fighting, debating, or arguing with your inner bully. It always has a comeback and always wins, plus you can’t get rid of it. Instead you can watch it and let it come and go without personalizing it. When you oppose or try to reason with the Critic, you give it credence and, instead of streaming on through, it takes up residence.

Studies show when you come down hard on yourself after a publisher’s rejection or a harsh review, it reduces your motivation and chances of success. It’s just as easy to affirm yourself with positive messages, as it is to tear yourself down with negative ones. We become proficient at what we practice on a regular basis.

“If your Critic is keeping you stuck, try replacing it with Self-compassion”

If your Critic is keeping you stuck, try replacing it with Self-compassion (from the capital Self) each step of the way. Experts say that self-compassion is a powerful resilient tool that stands up to harm and is more likely to lead to untold heights of success. So put down your gavel and amp up your kinder, compassionate side. And in times of writing struggles, give yourself pep talks, positive affirmations, and talk your self off the ledge instead of letting your Critic encourage you to jump.

And that’s a promise!

New Mystery and Thriller Titles Through the End of 2021

Writer Shaun Coen joins me to talk about The Bronx and Publishing his first novel!