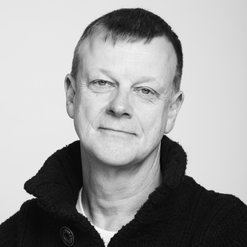 I love having authors from around the world join me on my blog. Today, I have ITW author David C. Dawson coming all the way from London!
David is an award winning writer, journalist and video producer. The second book in his series The Dominic Delingpole Mysteries is published at the end of 2017. The first in the series, called The Necessary Deaths was released in November 2016. It’s an award winner in the 2017 FAPA President’s Awards for Adult Suspense and Thrillers. His short story, Looking for George, is published in Love Wins, an anthology for the victims of the Orlando shootings.
THE INTERVIEW
Before writing your first novel, you worked as a journalist and made documentary films for television. How did those prepare you for writing a novel?

Working in a newsroom helped me in two ways. The first is deadlines! It’s a blessing and a curse in some ways, because I can work well to a deadline. But if I don’t have one, I tend to let things slide a bit…
The second benefit I gained from working in news, is that I can work anywhere. When you’re in a newsroom, or on location, it can be real noisy. I’m able to block out what’s going on around me and simply concentrate on the writing.
In addition to writing a gay novel series, you sing with the London Gay Men’s Chorus. Your lifetime has seen a tremendous shift in how society views/accepts the LGBTQ community. How has that journey impacted you as a writer?
That’s so true. I can tell you a story that perfectly illustrates that. In May of this year, I went on tour with the London Gay Men’s Chorus to New York and Chicago. In Chicago, we were invited to sing at an elementary school in the suburbs. First we sang to the lower school, then did a workshop with the school choir about music and empowerment. Then we sang to the upper school. A few years ago, to have a gay choir perform in a school would have been unheard of. I spoke to the school’s music teacher, and asked her whether any parents had asked that their children not take part in the event.
“No!” She said. “Not a problem at all. Not only are there several LGBT members of staff at the school, but also a couple of students have same sex parents.”
That’s how far we’ve come.
The books I write are old fashioned mysteries, where the main characters happen to be gay. A lot of gay literature I’ve come across, concentrate on gay issues. It’s understandable, but they can present gay issues in a negative light. And I feel good about myself, and I want others to do so too.
You grew up in London, but have traveled to other countries, including spending time on tour in the US. Do you have a sense of any differences in your audiences between the US and the UK?
That’s a really difficult question. I think probably not. There are the obvious cultural issues I have to watch, such as different spellings, different styles of speaking, and cultural references that are too country specific to be readily understood. My editor at Dreamspinner Press is fantastic in helping me get that right. But story telling is universal.
I think European literature has benefited hugely from experimentation in the US. American writers seem to like to play with conventions, they try to break them, or distort them to create a specific literary effect. I love that. I’m still maybe overly cautious about breaking with convention, worried I’ll alienate readers.
Tell us about your path to publishing your first novel:

Long! Writing was therapy for me. I came out late in life, so when I did, writing was the obvious way to “let it all out”. I’ve been in a fabulous writing group for many years. Each month we write short stories for each other’s entertainment.
A couple of people in the group were published and I thought, why not me? I don’t have a big novel burning inside me, and throughout my life I’ve written almost exclusively factual content, for news, documentaries, and magazine articles. But I’ve always loved detective stories. Which leads on to the next question…
What drew you to writing mysteries?
I love them! Well, detective stories mainly. When I was a child growing up in the UK, I used to devour the books of Enid Blyton. The Secret Seven and Famous Five series in particular. Then I moved on to Agatha Christie, Ruth Rendell and Dorothy L. Sayers. (All women writers, I’ve just noticed that. Elena says: I love that!) Being a scientist by background, I’m a Math graduate, I took some of my favourite authors’ books, and deconstructed them. Then I tried to imitate what they had achieved. As I wrote, I started to discover my own style. Of course, I’m still working on that. It takes a lifetime.
What are you working on now?

The Deadly Lies is the second in the Dominic Delingpole series, and it’s out December 5. I’m just finishing off a romantic suspense for Dreamspinner Press which features two new lovers: an American living in London called Luke Diamond and a British journalist called Rupert Pendley-Evans. Meanwhile, I’m working on a script for a one-off drama about a woman raised by Christian fundamentalist parents, who escapes from an abusive environment to find happiness. It’s based on a true story I was told. (We were just talking about English/American expressions. I’d never heard “a one-off drama” before. David explained to me, it’s a script for television written to be a stand alone, not a series.)
Final words of wisdom:
Write! The biggest problem for writers is self editing. That little voice inside which keeps saying, “that’s not right, “that’s not any good”. If you listen to it, you’ll always stare at a blank page. Get the first draft out. It will be too long, wrongly structured, with unrealistic dialog. But you’ll have written it. Now it’s on the page, start editing. Edit and re-edit. The brilliant British writer Mark Haddon says that the majority of successful writers are actually not very good writers. But they are excellent editors of their own work.
I couldn’t agree more, David. Thank you for spending time with us this week!

We are Living in Strange Times: A Writer’s Life