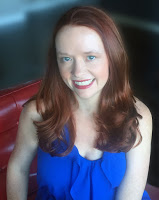 I’m thrilled to have Hollie Overton as my guest blogger this week. In addition to being a member of the ITW Debut Author class, Hollie Overton is a TV writer and producer. She has written for Shadowhunters, Cold Case, and The Client List, Hollie’s debut thriller, BABY DOLL is an international bestseller and was published in eleven countries.  Her 2nd novel, THE WALLS will be released Aug. 2017. An identical twin, Hollie grew up in Kingsville, Texas but now resides in LA with her husband and rescue dog.
For more information about Hollie, you can visit her on social media. Click on the links below:
Facebook               Twitter 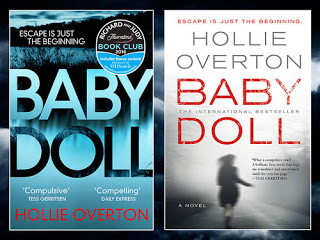 THE BLOG POST
For as long as I can remember, I’ve been obsessed with telling stories. From my elementary school days, scribbling in my floral colored journals to my teen years spent writing terrible poetry and experimental fiction, writing became my therapy. But my dream was to become an actress. I moved to New York City to study acting but kept writing, too insecure to show anything. It wasn’t until I moved to LA that I began to try my hand at screenwriting and found the courage to put my work out there. I wrote several terrible scripts before one landed me a coveted spot in the Warner Brothers TV writing workshop.  Since then I’ve worked on Cold Case, The Client List and Shadowhunters.
It was during an extended period of unemployment (an unfortunate side effect of pursuing a career in showbiz) that I began to consider writing fiction. Reading was always a passion. From an early age, I’d devour three or four books a week, but writing a novel seemed daunting. How could I possibly compete with the greats? I guess that’s why when I originally started writing prose, I didn’t set out to write a novel. I had an idea and a character and I just kept writing. Before I knew it, I had written ninety pages of my debut novel, BABY DOLL. Since then I’ve completed my second novel, THE WALLS which will be published later this summer.  Of course writing a novel requires a different process and set of muscles. It wasn’t always easy translating my skills from TV to fiction but I learned four important lessons along the way.
THE HEART OF THE STORY
One of the major similarities with writing screenplays versus novels is that character is everything.  In order to connect with a reader or a viewer, you must create unique and interesting characters.  As the story unfolds, each character must have specific wants and desires and be in constant pursuit of a goal. I want the reader or viewer to connect with the characters, to find themselves swept away. It’s what I strive for in everything I write.
FILLING IN THE BLANKS
One of the pivotal differences with writing TV versus novels is that in television, scripts are blueprints. They’re unfinished until they go through the process of production and editing.  You need actors, directors, costume designers, and editors to bring a TV show to life. But in fiction, you are all of those things rolled rolled into one. It’s your job to create the world, the look, the characters and evoke those same feelings with nothing but words on a page. While I was writing Baby Doll, I took a fiction workshop with Eduardo Santiago, a novelist and creating writing instructor. He was crucial in developing my writing process. In an early draft, I wrote that a character was devastated. Eduardo reminded me I wouldn’t have an actor showing the reader what devastated looked like. It was my job to really explore what devastated looks like. What was character’s facial expression? Their body language? The setting where the character experienced that emotion. Now when I write fiction, I’m constantly asking myself is this a place where I need to dig deeper and paint the picture more clearly.
BUILDING A FOUNDATION
When I began writing TV, the mantra from every teacher and mentor I had was outline, outline, outline. In TV and film, you have a limited page count, so knowing exactly where you’re going and how you plan to tell your story is critical. I can’t imagine writing a script without a blueprint. But because I started writing my first novel without an outline, that’s what feels natural. There are times when I end up having to cut things or rework the novel because it needed to move faster or make cuts because a certain character’s storyline was weighing down the book but I like being surprised when I’m writing fiction. In some ways, it’s much more freeing than when I’m writing TV.
THE FINISHED PRODUCT
As a TV writer on a staff, your job is to assist the showrunner in bringing their vision to life. Unless you’re the creator, you’re not in control of the finished product. When you’re writing a novel, it’s the exact opposite. A book is your baby from start to finish, for better or worse.  There’s pressure that comes with being solely responsible but there’s also a huge sense of pride that comes with completing a book, that joyful moment when you type THE END. 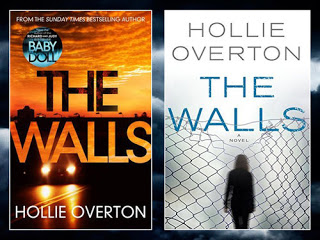