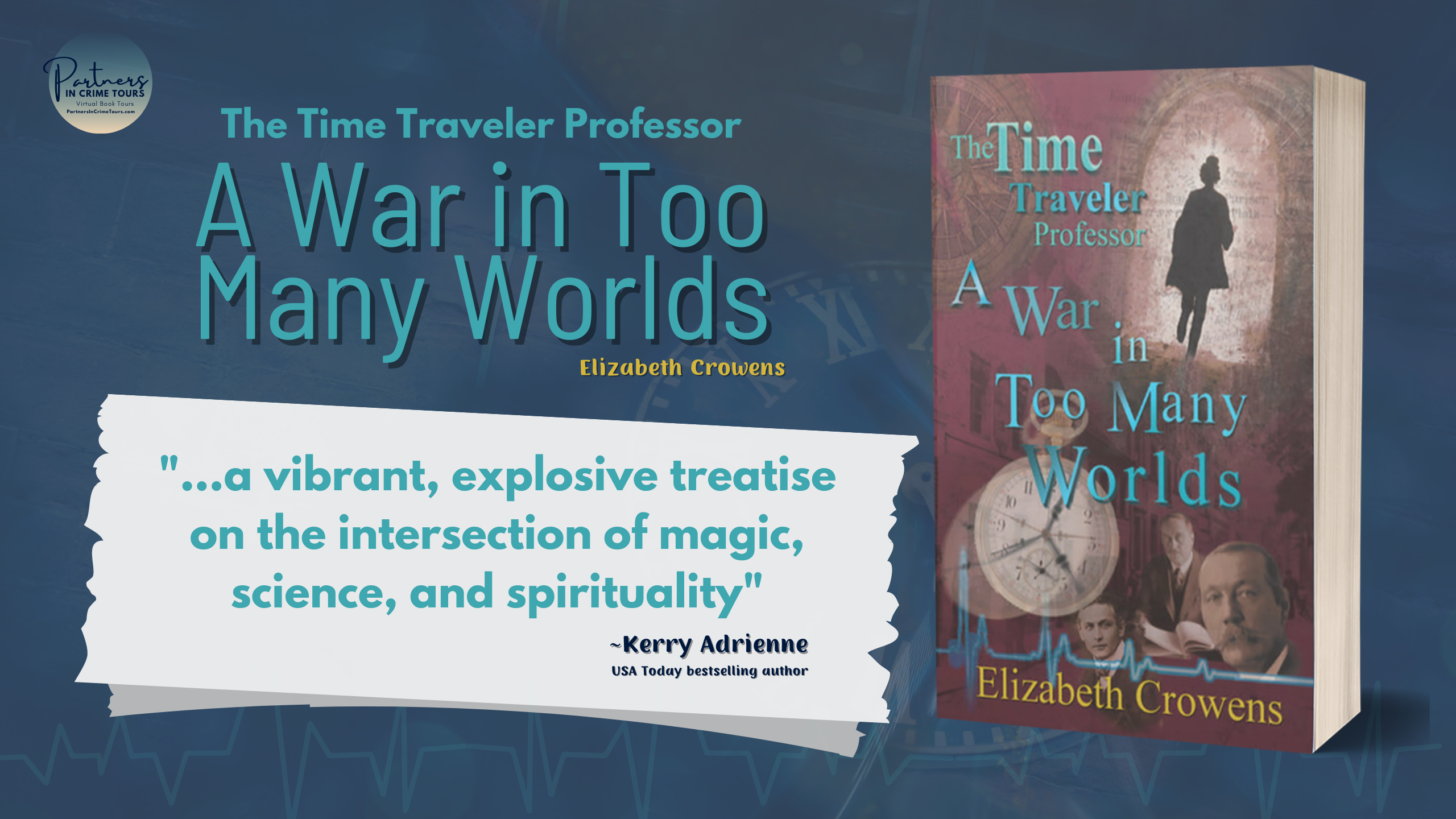 A War in Too Many Worlds

A War in Too Many Worlds 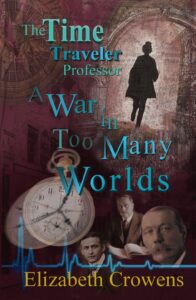 The secret diaries of John Patrick Scott pick up at the close of 1917. British intelligence sends Scott to work undercover in Berlin with his old partner-in-crime, Wendell Mackenzie, as his outside contact in Paris. Back on the Western Front, Scott discovered his ability to see the ghosts of the dead. Unsure if that’s a blessing or a curse, he takes this one-step further, employing spirits in the world of deception and intrigue. As the Russian monarchy crumbles and the Red Baron meets his final match, for Scott, true love is always beyond arm’s reach. His long-lost patrons and paramours, Sophia and Francois Poincaré, resurface but as potential enemies of the Crown.

Arthur Conan Doyle vows to retrieve his stolen time machine from H.G. Wells. Scott is still at odds with Doyle, who still refuses to publicly acknowledge his contributions for ghostwriting Sherlock Holmes, and Doyle encounters Harry Houdini in the most unlikely of places. Get ready for a wild ride.

Time Traveler Professor, Book Three: A War in Too Many Worlds, pairs murder, mayhem and mysticism in a mashup where The Lost World meets The Island of Doctor Moreau. Stay tuned for Book Four, The Story Beyond Time, the final book in this epic series.

To purchase A War in Too Many Worlds, click on any of the following links: Amazon | Barnes & Noble | Goodreads | The Mysterious Bookshop

This sounds really silly, but I just turned in a 1940s Hollywood mystery to my agent and realized I used some of the same German last names from A War in Too Many Worlds in my other book. How embarrassing is that? I’d change them in my alternate history book. I guess it’s okay to use a longer and harder to pronounce name when scenes are supposed to take place in German rather than the United States. One of my critics is bound to figure it out. Don’t let it be you. LOL

Spread the word. Post an excellent review on both Amazon and Goodreads, even if you won the book in a giveaway. I hate to emphasize algorithms and statistics, but that’s how their search engines work. The more reviews, the more an author will get discovered.

More travel. The pandemic put a real damper on that in the past two years, and it still has, but at least I got to visit Moscow and St. Petersburg before the Ukrainian invasion. I haven’t been overseas since and don’t feel all that comfortable yet. Looks doubtful if I’ll get to China anytime soon given the politics and the pandemic, and India was in dire shape. I still want to go to Tibet and Nepal. We’ll see…

What’s also on my bucket list, having the Time Traveler Professor series made into a streaming series like Doctor Who and being a creative advisor on the project. See below on the casting suggestions.

Funny you should ask, because I’ve worked in the entertainment industry for many years, so I’m always thinking along those lines.

H.G. Wells – Rufus Sewell, from The Man in the High Castle and Victoria.

John Patrick Scott – Our protagonist has been the hardest one to cast. Also when the first book in the series starts out in 1898, he ages, and Book Three, A War in Too Many Worlds starts in late 1917. For a younger version, I’ve had my eye on Robert Sheehan, who plays Klaus in The Umbrella Academy or Timothée Chalamet. For the older versions, Cillian Murphy, from Peaky Blinders. Both are Irish actors, but could play one who is Scottish.

Maria von Braun – Leonie Benesch, a German actress in the recent Around the World in Eighty Days and the television series Babylon Berlin and The Crown.

Finneas “Finn” Fertle – Matt Smith, from Doctor Who and The Crown

Not sure about Helga, Max Pushkin, and Wendell Mackenzie.

Elizabeth Crowens — Author of A War in Too Many Worlds 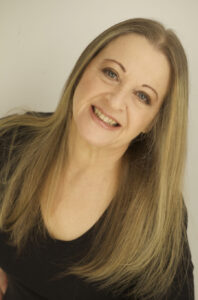 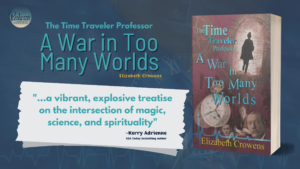 Tags: A War in Too Many Worlds, Alternate History, Elizabeth Crowens, Time Travel

Preserving the Mystery: By Victoria Weisfeld

Death by Donut: A Tasty Cozy by Rebecca M. Douglass