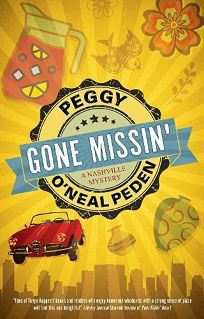 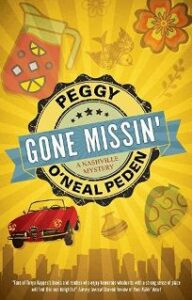 Travel agent Campbell Hale isn’t surprised when she hears her good friend, socialite and talented artist Bitsy Carter, has booked a luxury Mexican spa vacation through her agency. Bitsy often takes solo trips abroad, and who’d want to spend February in grey Nashville when they could avoid it?

She is, however, extremely surprised – and extremely worried – when Bitsy doesn’t come back.

What could compel warm, friendly Bitsy to run away without telling anyone her plans? And most puzzling of all: what could make her leave her small children behind?

The answers lie in Zihuatanejo, and Campbell barely needs to twist new boyfriend Detective Sam Davis’ arm to get him to agree to accompany her there. Campbell’s determined to uncover the truth, but will this be a vacation to remember . . . or one to die for?

“Fans of Tonya Kappes’s books and readers who enjoy humorous whodunits with a strong sense of place will find this one delightful” – Library Journal (starred review) of the first Nashville mystery, Your Killin’ Heart

A Nashville Mystery — The Interview with Peggy O’Neal Peden

What should readers know about Campbell Hale?

Campbell is a Middle Tennessee native, born in a small town near Nashville, who lives on a bluff above the Cumberland River in Nashville and enjoys watching the river traffic.

She manages a travel agency called Get Out of Town in the Hillsboro Village neighborhood near Vanderbilt and Music Row in Nashville. She has several clients among Nashville’s music industry. She dated at attorney, Doug Elliott, until she became uncomfortably involved in a murder that also involved Doug’s brother.

In the course of that murder investigation, she got to know MNPD homicide detective Sam Davis, a single father whose daughter goes to high school with the daughter of Campbell’s best friend Mary Nell.

Gone Missin’ takes Nashville travel agent Campbell Hale to Mexico. What drew you to taking your amateur sleuth out of Tennessee?

At the time I started writing it, Nashville wasn’t the “It” city it is now. That’s one reason I chose to make Campbell a travel agent. I worked as a travel agen tand could draw on that experience, but that also gave Campbell a reason to get out of town to appealing places. Now every bride east of the Mississippi wants to come to Nashville with her bridesmaids to celebrate on the pedal taverns on South Broadway. Our city council is currently trying to figure out how to regulate the transpotainment industry.

Tell us about Zihuatenajo.

Zihuatenajo is a fishing village on the Pacific coast of Mexico, old-school and traditional. I like the sound of the word. The character in The Shawshank Redemption goes there when he breaks out of prison, and I really liked the way the word sounded. I made up the spa, but it’s reasonable. I researched some real spas in the area. 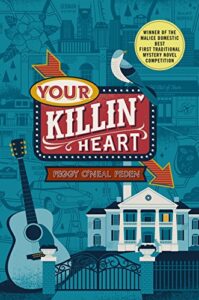 Tell us about Campbell Hale’s first adventures in Your Killin’ Heart:

Campbell begged her attorney friend to take her along when he went to the home of a famous dead country music star’s widow. He was going there to pick up some paintings that his brother’s art gallery had loaned her.

Campbell was left alone for a few minutes, wandered around a bit, and opened the door to what seemed to be a main-floor bedroom of the apparently sleeping widow. That night, Campbell and Doug heard on the news that the widow had died that afternoon. Then news came that the seriously ill woman had apparently been murdered during the time Campbell was alone in the house.

Campbell found herself a murder suspect and decided she needed to find the murderer to avoid prison.

What are you looking forward to in the new year?

Following Gone Missin’, a third novel, Flyin’ Solo, comes out in both the UK and US in July.

Campbell goes to her high school reunion alone (Sam is investigating a murder) and reconnects with an old healthcare tech millionaire boyfriend. He happens to be married to a woman who is a millionaire in her own right. The old boyfriend, nicknamed Fly, buys a sailboat and decides to sail it to Florida to have it refurbished.

While it’s being worked on, he rents another boat and sails into the course of a monster storm that make a surprise turn.

Write. Find or start a writers group and write. Every time you rewrite something, you edit it. That makes it better. 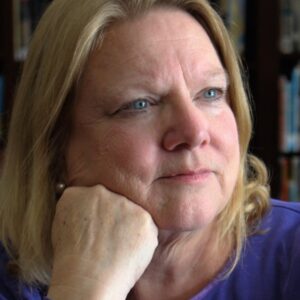 Peggy O’Neal Peden grew up in Middle Tennessee and has lived in and around Nashville most of her life, except for a couple of years in graduate school and a few more in another southern music city, Memphis. Peden has family members and friends in the music industry, not uncommon in Nashville. As John Sebastian wrote,

“Mothers from Nashville:/ All their friends play music, and they ain’t uptight/If one of the kids will/Because it’s custom made for any mother’s son/To be a guitar picker in Nashville.”

Peden has found herself in line at the Apple Store with John Hiatt, sitting across the aisle from Hank Williams, Jr., at a high school graduation and near country stars at ball games. Grammy-winning songwriter Gordon Kennedy was a frequent guest-speaker in the English literature classes she taught.

Peden has taught English and writing at the high school levels, has owned a travel agency and written award-winning advertising copy. She is published in regional magazines and was commissioned to write a book on Nashville’s annual outdoor Shakespeare-in-the-Park festival production of the Scottish play. She paints and is a member of the Nashville Artist Guild. One of her paintings hangs in Maureen McCormick’s home overlooking the Pacific. Peden has one son who played football at the University of Mississippi and is an administrator at The Randolph School in Huntsville.

Collective Unconscious and the Nature of Writers