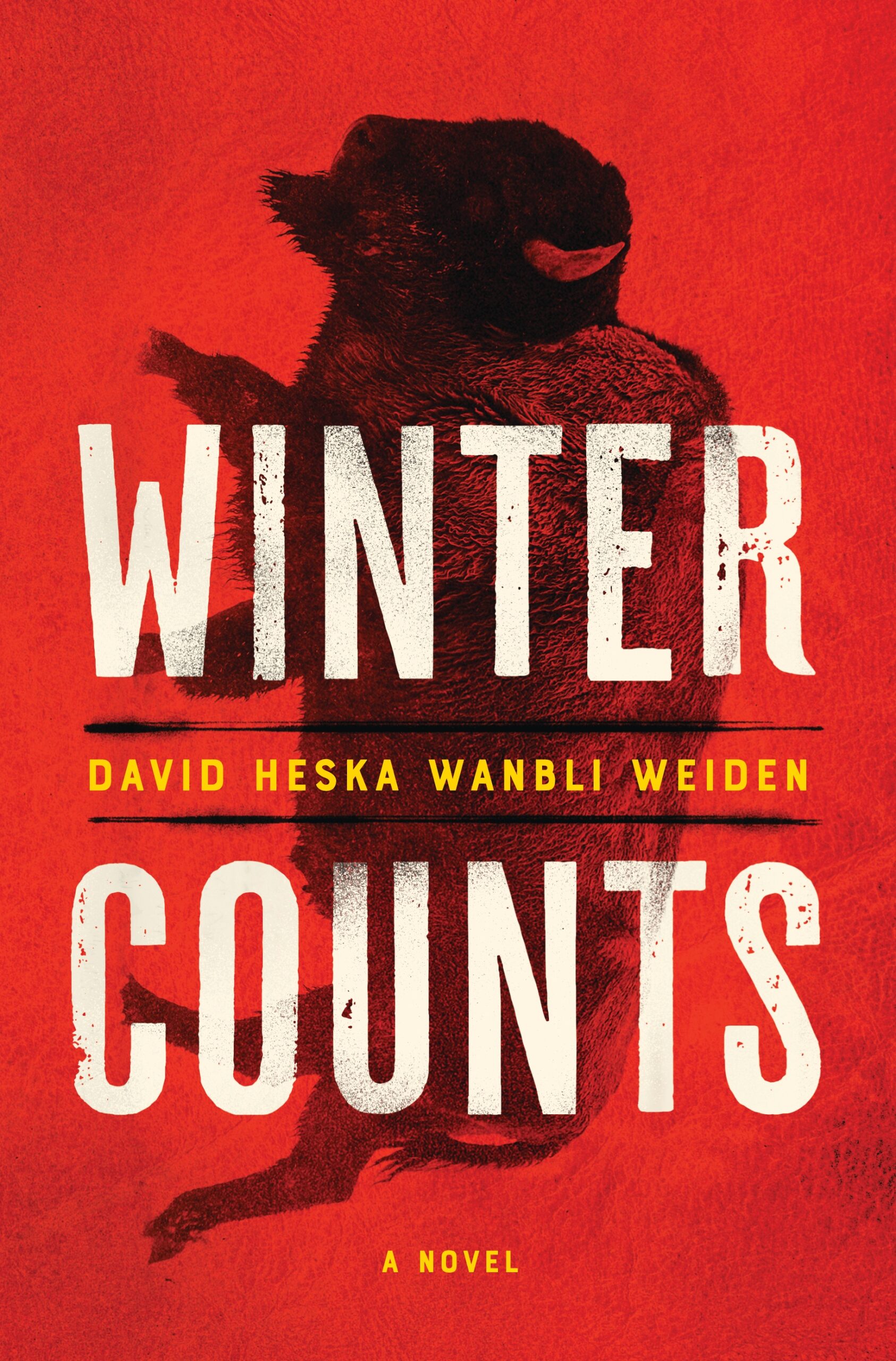 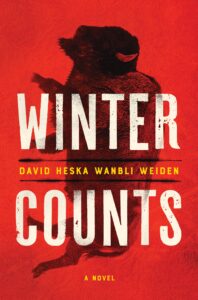 “Winter Counts is a marvel. It’s a thriller with a beating heart and jagged teeth.” —Tommy Orange, author of There There

A groundbreaking thriller about a vigilante on a Native American reservation who embarks on a dangerous mission to track down the source of a heroin influx.

Virgil Wounded Horse is the local enforcer on the Rosebud Indian Reservation in South Dakota. When justice is denied by the American legal system or the tribal council, Virgil is hired to deliver his own punishment, the kind that’s hard to forget. But when heroin makes its way into the reservation and finds Virgil’s nephew, his vigilantism suddenly becomes personal. He enlists the help of his ex-girlfriend and sets out to learn where the drugs are coming from, and how to make them stop.

They follow a lead to Denver and find that drug cartels are rapidly expanding and forming new and terrifying alliances. And back on the reservation, a new tribal council initiative raises uncomfortable questions about money and power. As Virgil starts to link the pieces together, he must face his own demons and reclaim his Native identity. He realizes that being a Native American in the twenty-first century comes at an incredible cost.

Winter Counts is a tour-de-force of crime fiction, a bracingly honest look at a long-ignored part of American life, and a twisting, turning story that’s as deeply rendered as it is thrilling.

To purchase Winter Counts, click on any of the following links: Amazon, Barnes & Noble, IndieBound, Bookshop.org, and Books-A-Million

Your debut novel Winter Counts has had a tremendous response, with multiple Best First Novel and Best Novel wins and nominations, starred reviews, and numerous Best Books of 2020 lists. That’s both heady and intimidating for a writer, who then has to follow up that first book. How is the critical and popular success of your novel impacting you as a writer and public persona?

I’m both stunned and grateful at the overwhelming response to Winter Counts. The novel was released just several months into the pandemic, so all bookstores had been closed and my entire book tour was canceled.

As you can imagine, I didn’t have a lot of hope that the novel would do well. But an army of readers, critics, and book lovers really came through and championed it. Being nominated for the Edgar, Anthony, and other awards was absolutely beyond my wildest dreams, and I’m so honored to have won the Thriller, Lefty, and Spur Awards.

The paperback edition of Winter Counts was recently released in early July, and I’m hoping that the less expensive softcover edition will allow even more folks to read it. Again, the crime fiction community—readers, critics, and writers—is truly wonderful, and I’m looking forward to attending conferences and meeting with people again!

Of course, I’m certainly feeling some pressure to write a worthy successor to Winter Counts. But I suspect every writer feels apprehension when writing the second book. Right now, I’m just trying to immerse myself in the story and characters for the next book and not think about how it will be received.

In the end, every author has to write for themselves and create a tale that expresses one’s unique style and worldview. I’m focusing on that right now as I grapple with the sequel, tentatively titled Wounded Horse.

Tell us about the protagonist of Winter Counts, Virgil Wounded Horse:

Virgil is a hired vigilante—people on the Rosebud Reservation go to him when they can’t get justice from the U.S. government or the tribal council.

The criminal justice system on reservations is complicated and often deeply unjust for Native citizens. A federal law, the Major Crimes Act, forbids Native nations from prosecuting most major felony crimes that occur on indigenous lands. Rather, Native law enforcement must defer those cases to the FBI and U.S. Attorney’s Offices. But, those authorities are declining to prosecute a large number of these crimes, resulting in the release of these criminal offenders.

Although Virgil Wounded Horse beats people up for a living, he lives by a code of ethics and struggles to do the right thing under difficult conditions. He’s also struggling to reconcile his own identity as a mixed-race Native person, known as an iyeska in the Lakota language.

Virgil’s journey takes him to Colorado and back to South Dakota, where he has to examine his own values and beliefs in order to save his family and himself.

How does the winter counts calendar system used by the Lakotas work, and what led you to that for your title and as a greater symbol in the novel?

A winter count was the traditional way that the Lakota people kept track of the years. The creator would draw a small pictograph to represent the most important event of the year.

I was drawn to this for the title because of the double meaning of the phrase winter counts, but also because of the symbolic significance of the term. There’s a critical event in the novel that happens to Virgil’s beloved nephew, Nathan, early in the book, and this incident spurs Virgil to action, both personally and professionally.

That event would certainly be depicted on Virgil’s own winter count calendar. For all of these reasons, I chose the phrase as the title of the novel.

Your blending of thriller action, social issues, and literary prose place this book in the intersection of multiple crime fiction subgenres. How did your writing style develop? What was your journey to get this book to where it is now?

My writing style developed—as it does for nearly every writer, I suppose—by reading widely and slowly crafting my own narrative voice. I studied in the MFA programs at Vermont College of Fine Arts and later at the Institute of American Indian Arts, and I was fortunate to have faculty mentors who pushed me to study in a variety of genres, including crime fiction, experimental/hybrid work, and literary fiction.

I picked up a little from all of these categories and used those techniques in the writing of Winter Counts.

As for the novel’s journey, I wrote a short story about ten years ago that contained the seeds for Winter Counts. In that story, I introduced Virgil Wounded Horse, although he is killed at the end of that tale.

Several years after that, I realized that there was much more to say about Virgil, and I decided to expand the story into a novel. I signed with my literary agent, Michelle Brower, in 2018, and we were able to land the manuscript with Ecco/HarperCollins, which is the perfect home for the book.

I’ve optioned the film rights to a major production company, but there’s a long way to go before anything happens with a movie. Overall, it’s been a great ride, and I’m deeply thankful for my readers, who have been really great and supportive. I’m still getting fan mail and notes, and I respond to every one of them.

You are also the author of Spotted Tail, another award-winning and highly acclaimed book, though it’s a nonfiction children’s biography of the life of a famous Lakota leader. Tell us about that book. Do you have plans to write more nonfiction or literature for children? 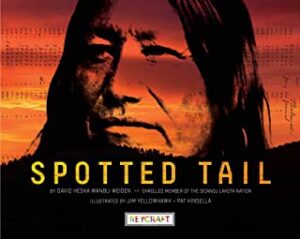 Spotted Tail is a children’s book for middle-grade readers, and I’m so glad that Reycraft Books published it. It’s the first biography for children of the great leader of the Sicangu Lakota Nation, and I’m really proud of it. It has gorgeous artwork, for which I’m indebted to the two illustrators.

I wanted Lakota children to have access to the book, so I purchased a large number of copies from the publisher and sent one to every elementary school and library on the Lakota reservations. Hearing from parents and students was tremendously gratifying.

I do have plans to write more books for younger people. Specifically, I’ve got an idea for a YA book rolling around in my head, although that project will have to wait a while. As for nonfiction, I’ve written a few essays (they’re listed on my website at davidweiden.com) and would love to write more. So many ideas, so little time. . .

The sequel to Winter Counts!

All of the main characters will return as well as some cool new ones. For those readers who don’t want to wait for that novel, I’ve got two short stories forthcoming in 2021 featuring Virgil Wounded Horse. The story “Turning Heart” will appear in the Bouchercon anthology This Time for Sure (Down & Out Books) in August, and “Skin” will be included in the Midnight Hour collection (Crooked Lane), edited by Abby Vandiver, in November.

I had a lot of fun writing those stories, and I hope readers enjoy them!

Read widely, but focus on books in your genre. I teach in several writing programs, and I always advise my students to do a close reading of the great books in their genre. I suggest that they read the books once for plot, but to immediately read the book again, focusing on analyzing how the author handles characters, scenes, dialogue, and everything else.

I believe there’s no better way to learn than by studying the great writers in your field.

Excellent advice! Congratulations on all your success. I look forward to having you back with your second release!

I’m delighted to mention my two dogs, Ava and Addie! Both are Bichon Frise/Maltese mixes, and both were rescues.

They have such sweet personalities and I’m so glad that they joined our family.

Ava appears briefly in Winter Counts, and I promise she’ll be back in the next novel. 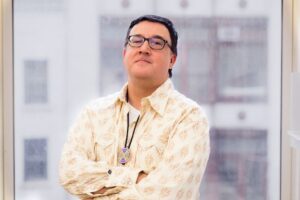 The novel was a New York Times Editors’ Choice, main selection of the Book of the Month Club, an Indie Next pick, and named a Best Book of 2020 by NPR, Publishers Weekly, Library Journal, and other magazines.

He lives in Denver, Colorado, with his family.

Elena Taylor is the author of All We Buried, available now in print, e-book, and audio book format at all your favorite on-line retailers and local libraries.

The Interview with Author Jack Remick — Part I