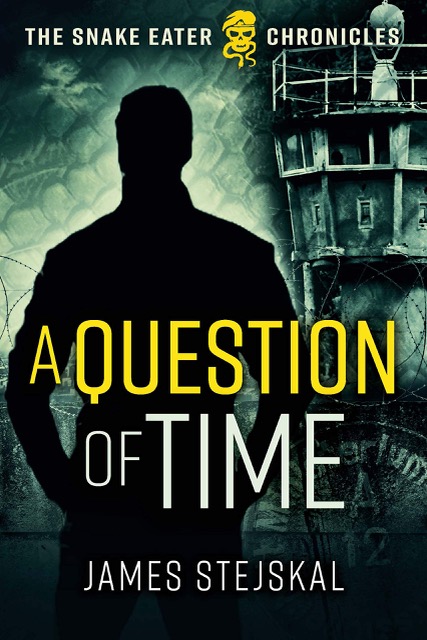 James Stejskal is a military historian and author of five books,  including Masters of Mayhem, a study of Lawrence of Arabia and the inception of modern British unconventional warfare, a Military History Matters Silver Medal winner.

To get inspiration for his writing, he spent 35 years as a soldier and intelligence officer, often working in far off places with interesting people. A Question of Time, a Cold War spy thriller, is his first novel.

To learn more about James, click on his name, photo, or any of the following links: Facebook and Goodreads

A Question of Time by James Stejskal 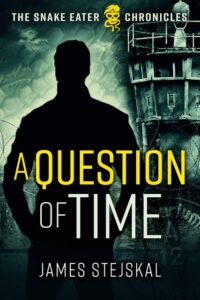 “Fiction that reads like fact. Boots on the ground, real-life drama, rich with details only an insider could write… an outstanding book.” -John Stryker Meyer, MACV SOG Veteran and Author of Across The Fence: The Secret War in Vietnam

When the CIA’s most valuable spy is compromised, the Agency realizes it does not have the capability to bring him to safety. If he cannot evade the dreaded East German security service, the result will be chaos and a cascade of failures throughout the Agency’s worldwide operations.

Master Sergeant Kim Becker lived through the hell of Vietnam as a member of the elite Studies and Operations Group. When he lost one of his best men in a pointless operation, he began to question his mission. Now, he is serving with an even more secretive Army Special Forces unit based in Berlin on the front line of the Cold War.

The CIA turns to Becker’s team of unconventional warfare specialists to pull their bacon out of the fire. Becker and his men must devise a plan to get him out by whatever means possible. It’s a race against time to prepare and execute the plan while, alone in East Berlin, the agent must avoid his nemesis and play for time inside the hostile secret service headquarters he has betrayed.

One question remains — is the man worth the risk?

To buy the book click on the following links: Amazon, IndieBound, and Barnes & Noble

What would you give as the logline to your novel?

A skeptical Special Forces sergeant and his crack team of operators are tasked to extract the CIA’s most important asset from the most heavily guarded city in the world, East Berlin, before he is captured by the organization he betrayed.

This is my first novel. I have had four non-fiction military history books published. My non-fiction books were well received and when I began to talk with my editor about a fiction story I wanted to write, she listened for a minute and then cut me off with a short sentence.

I like to tell stories and I especially like to tell the story at a ground level POV. But there’s another reason which I spell out in this article: https://lithub.com/author/jamesstejskal/

So, it’s about being able to tell the story unreservedly, without constraint as authentic fiction or “faction” as I call it.

One other thing I write about is the concept of “The Team” instead of the individual, which might drive hero-worshippers crazy, but in Special Forces it is all about “The Team.”

“Lose one man and you are weaker, but lose the team and you have lost everything.”  . . . and there are many ways to lose your team.

What question would you most like to be asked about your book or your writing process?

A:  “Fiction is the lie through which we tell the truth.” (A. Camus)

But I leave it to the reader to figure out where fact ends and fiction begins.

Q:  “Are there women in your stories?”

A:  “Yes, and you better watch yourself with them.”

It is about unconventional warfare and the emergence of terrorism in Europe as it affected the United States (the Munich Olympics, Iran, etc.) and the men and women who had to deal with it.

Great to have you visit my readers, looking forward to having you back to talk about books two and three!