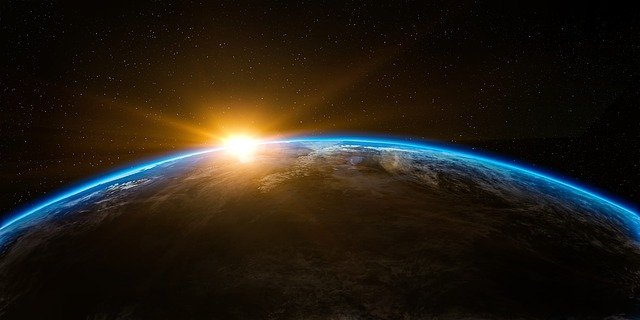 Omens and Our Need For Meaning in Chaos: A writer thinks about the world around her during a time of chaos. 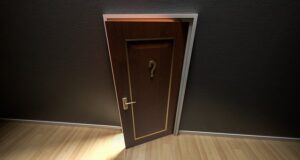 Human, as a rule, long for order. As a species, we feel most comfortable if we know what to expect. Few people truly love surprises, and many people who do, if they looked close enough, would realize that they only love surprises in controlled environments.

Our need for order is often why we stay in bad situations. “Better the devil you know than the devil you don’t” really just means, it’s scarier to step out of the order we have into the unknown, even if the present is awful.

The truth is, if one gets out of a bad situation and finds themselves in a worse one, that person can make another change, which might lead to happiness or success. But that amount of upheaval feels worse than staying in an unhappy or unsuccessful position.

Our brains are hardwired to categorize everything: friend or foe, edible or poisonous, safe or unsafe. It is this very process that has allowed us to thrive in a world where our physical bodies are at a disadvantage for survival. Horses can outrun predators. Monkeys can outclimb. Fish can outswim. Turtles can hide in their shells. Porcupines . . .

But people have soft skin, little speed, and no built-in defense mechanisms, except our ability to understand immediately whether something we encounter is dangerous or safe and the intelligence to think our way out of it. Build the better sword, fully cook our food. Invent the doc in a box.

The ability to categorize instantly worked great when we lived in small hunter/gatherer troops, it has some downsides in a modern world.

Punishment from the gods.

Our instinct to categorize goes hand in hand with our need to find meaning in random events. Having a mind wired for explaining everything in a world where many things happen outside our understanding creates dissonance and anxiety.

When the world is in a more obviously chaotic state, we look for omens to show us that we’re on our way out of the chaos.

In Oedipus Rex, the city of Thebes experiences a plague. A seer identifies an individual to kill, as that person’s death will appease the gods and end the plague. Which, along with all the plot twists for a good tragedy, works out for the people of Thebes.

Sophocles most likely based his play, in part, on the plague of Athens. An epidemic which killed roughly a quarter of the city’s residents during the second year of the Peloponnesian War. He, and his fellow Athenians, needed to understand the reason for the plague. An imbalance in the universe, which, with a specific action by their leader, would right itself.

Athens survived the plague, as does Sophocles’ Thebes in Oedipus Rex, so the omens are determined as true.

The Omens We See Around Us

Seeing certain flowers. Experiencing a synchronous events. Running into an old friend. We take these encounters as holding meaning. A sign we are making the right decision, on the right path, loved by the right person.

When we are making the right decision, are on the right path, and are loved by the right person, those omens come true and reinforce our belief in the system.

The downside is when our world is difficult and improvement isn’t a clear road in front of us, we see ominous portents of things to come. With no control of our futures, we see in the world around us, signs that things will get worse.

We have reached a time in our current pandemic where the catch phrase is “of course that happened, it’s 2020.”

We are finding an order in the chaos, even though that order is that things are bad and will continue to be bad because of the year we’re living in, rather than see anything bad that happens as a simple random event with a negative outcome, just as we’d have in any year, pandemic or not.

Omens For Things To Get Better 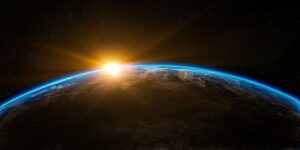 The good news in all this, is we can also see omens that things will improve. Symbols in nature. Signs in the media. Comments from our friends. So many things point to our recovery. Vaccines on the horizon. People wearing masks and taking the health of their neighbors seriously. Our ability to find beauty, even in the darkness.

There is little we can do as human beings to stop our minds from reading meaning into random, synchronous experiences. We see certain things in the world, and from those things draw conclusions about what tomorrow will bring.

But we can train ourselves to see positive omens too and hold those in our hearts.

The brave flower in the snow as rebirth.

The bluebird on the fence as a sign of happiness.

Waking up to a golden sunrise as a symbol of good things to come.

The universe is a chaotic place. Our lives take unexpected twists and turns, but there is underlying meaning to it all: The world is beautiful and wondrous gift.

We’re all in this together.

Door image by qimono on Pixabay.

Greek Theater by yvanox on Pixabay.

Earth/Sun by qimono on Pixabay.

Complications on a Sunday Morning