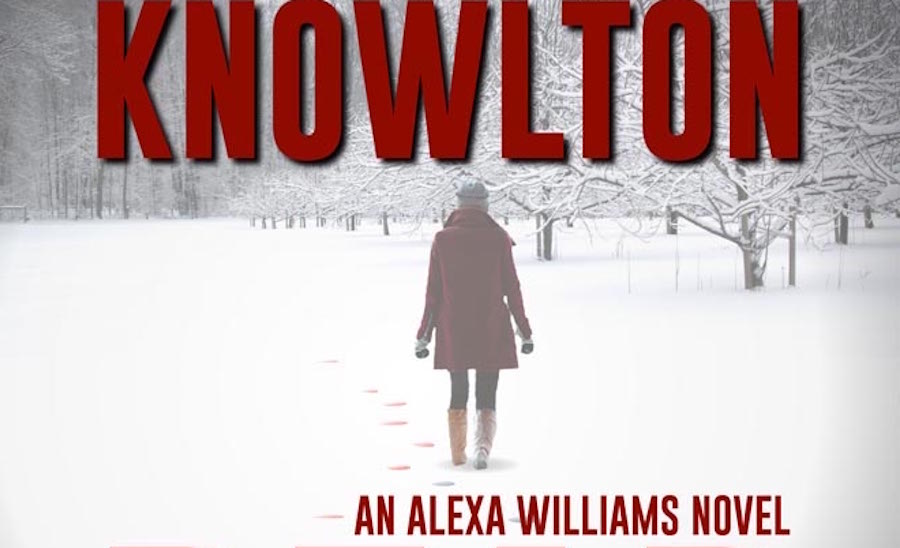 Thrilled to host veteran author Sherry Knowlton on my blog to chat about her writing process and her latest mystery, Dead of Winter. Sherry is one of the authors on my January post about new books in 2019. 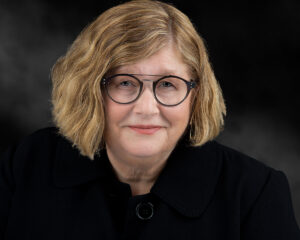 Sherry Knowlton is the author of the Alexa Williams series of suspense novels: Dead of Autumn, Dead of Summer, Dead of Spring and the most recent release, Dead of Winter. Passionate about books at an early age, she was that kid who would sneak a flashlight to bed at night so she could read beneath the covers. All the local librarians knew her by name.

When not writing the next Alexa Williams thriller, Knowlton works on her health care consulting business or travels around the world. She and her husband live in the mountains of Southcentral Pennsylvania.

To buy the book(s) click on the links or the covers throughout the blog: Amazon, Sunbury Press, and Barnes & Noble

You mix feminism, politics, social issues, and suspense into each book in your Alexa Williams Mystery Series. What prompted you to write about anti-Muslim rage and the fear of “outsiders” in the fourth book? 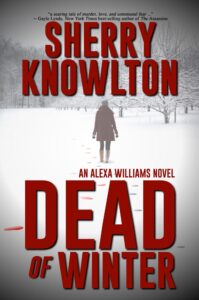 Yes. I do like to deal with feminism and a social theme along with the suspense in the books. When I started writing Dead of Winter, Syrian refugees and Middle Eastern migrants were flooding Europe. On a trip to several European countries, we heard different perspectives about the impact these newcomers were having on the locals. And, two weeks after our stop in Paris, authorities thwarted an Islamic terror attack on Notre Dame, just steps away from where my husband and I had been hanging out. Then, at home, the Trump Administration rolled out the Muslim ban to great controversy here in the USA.

These days, we’re talking about Central American refugees and should America welcome desperate people fleeing violence and poverty. So, the focus has shifted, but in many ways, the conversation remains the same.

After the end of the Vietnam War, I was responsible for a State program that worked with refugees from Vietnam, Cambodia and Laos who were resettled in Pennsylvania. The conversation then was so different. In my experience, the local population was very welcoming and the refugees and their families have become integrated into our communities.

I thought that the strong emotions that these refugee/immigrant issues evoke – whether you’re an advocate for or against – would make an interesting backdrop for a suspense novel.

The second aspect that I really wanted to explore was that fear of the “other” that has seemingly grown like wildfire among some segments of the U.S. population. For the past several years, I’ve been concerned about the level of fear that I see in many people – both within my own circle of acquaintances and what I see on television and in social media. So many folks are frightened of others, especially those who are different in ethnicity, culture or language. And, they seem to be most frightened of those they may have never met. I wonder what has happened to the Land of the Brave? So, I wanted to explore that question as well.

The series is set in the mountains of Southcentral Pennsylvania, where you also live. What should people who have never visited your region know about the area?

Many people think of Pennsylvania’s in terms of its two major cities and know little about the rest of the state. They might know we have coal mines somewhere in the state. Or that James Carville famously said something along the lines of “Pennsylvania has Philadelphia in the east, Pittsburgh in the west, and Alabama in the middle.” But, even from a political perspective, it’s a little more nuanced than that.

Southcentral Pennsylvania is a lovely area. I live in the Cumberland Valley which is a wide valley with a lot of farming, dairy farming, orchards and small towns rich in history. The two mountain ranges which frame the valley are less than 1,500 feet at their highest points. But, there are several beautiful State Parks and State Forests that have preserved the land. The Appalachian Trail crosses the valley and follows the ridge until it crosses the Maryland border.

The Gettysburg battlefield is nearby. And, the US Army War College trains both colonels in the US Army and international fellows from allied nations. The mix of colleges, State government seated in Harrisburg, farms, industry and distribution warehouse have created a diverse population of liberals, conservatives, military, college professors, blue collar and white collar workers, Amish and Mennonites.

I’ve traveled much of the world, and still believe Southcentral PA is one of the best places to live. We might not get splashy travel magazine cover, but we’re the place you might want to raise a family or retire (as a lot of folks who pass through this area in their careers do). I’m starting to sound like I work for the Visitor’s Bureau, so I’ll stop now.

I will note that the diverse nature and population of this area provides me with a great foundation for the Alexa Williams series.

Alexa is a lawyer. Your work life has been primarily in government, healthcare, and human and social services programs. How much research did you do with regards to Alexa’s work life?

Alexa practices law, but Dead of Winter – and the other books in the series – aren’t legal thrillers or courtroom dramas. Alexa’s legal expertise or work with certain clients may draw her into a dangerous situation, but it’s rarely the key focus of the story.

I draw on a number of sources for describing Alexa’s legal work. I’m not a lawyer, but most of my career I worked closely with attorneys. For example, I did a stint running Pennsylvania’s Medicaid program. I was named in something like 500 law suits at any given time during each of those years. Most were minor. Some were pretty major so I spent a lot of my time with lawyers and testifying in court.

For specific types of cases, I have had very generous assistance from real attorneys and judges. For example, in Dead of Winter, a teenage character runs afoul of the law. A local Juvenile Court Judge helped educate me on the juvenile justice procedures and even permitted me to observe several cases in the courtroom. Professors at the local law school, Penn State Dickinson Law, have helped me on subjects as diverse as trying sex trafficking crimes at The Hague to the Pennsylvania penal codes.

Now that you have four successful novels under your belt, has your writing process changed? What do you know now that you didn’t expect when your first novel debuted? 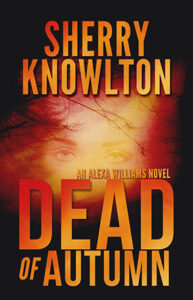 My writing process has stayed essentially the same, but I’ve made some tweaks along the way. I outline the book before I begin to do serious writing. But, I’m now much more flexible in diverting from the outline when the story takes me in a different direction. I still use the outline as a guide, but update it to reflect the new direction. You need to understand that I’m also a list person. So much so that when I do something key that’s not on my list, sometimes I’ll add it just so I can cross it off.

I’ve also learned that I don’t need to agonize over punctuation and style as much as I did on the first book. I have a wonderful editor who excels at finding every grammatical error, repetitive word, and deviation from the style manual. So, I defer to her expertise. I still try to ensure I send her the best possible manuscript, but I know that she’s there to find whatever slips through my process.

I’ve also learned that there is a point in the edit/rewrite process where further work yields diminishing returns. With my first book, I didn’t know when to stop and suspect that I did several rounds of rewrites that weren’t necessary. Those never-ending rewrites on Dead of Autumn may have marginally improved the book, but mostly had me second-guessing things like word choice. So, in the following three books, I did several thorough edits/rewrites, but had a better sense of when to send the manuscript to the publisher.

Your series is published by Sunbury Press, what has it been like working with them? 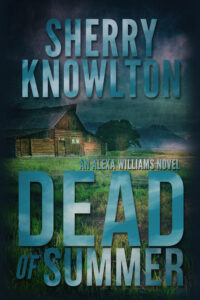 Sunbury Press has been a good publisher for my series. My books have now transitioned to Sunbury’s fiction imprint, Milford Press, but I expect the relationship and process to remain the same. As a small, independent press, Sunbury has limited resources to do extensive marketing for its authors.

However, small has many other advantages. There’s a lot of one-on-one contact with the publisher, Lawrence Knorr, as well as my editor and other key staff. It’s been a successful partnership thus far.

Right now, I’ve been spending a lot of time preparing for the launch of Dead of Winter. And, I’m in the early stages of plotting/researching the next book – which will be number five in the Alexa Williams series. More than that I cannot tell. I never discuss the plot, title, etc. of a book until it’s well down the road. I may try a stand-alone after this next Alexa book is finished

“Don’t give up if the door doesn’t open wide the first time you try to walk through.”

Hmm, wisdom? My advice to aspiring writers is to give it a try. And, if you’ve tried but had to put your writing aside due to time constraints or life issues or whatever – that shouldn’t keep you from trying again. In the meantime, hone your skills in other ways. Find a job that entails a lot of writing, even if it’s dry, technical stuff. Read voraciously when you get a chance. Take a class if you can fit it in. Join a writer’s organization and attend a conference or a workshop.

I worked long-hours, executive jobs for many years. I did a lot of work-related writing but never had the time to focus on fiction until I semi-retired in my late fifties. Now, I’m having a great time writing suspense.

I’m not saying everyone should wait until you retire before you plunge into that first novel or short story. But, for many of us, life opens new doors at unexpected times. Don’t give up if the door doesn’t open wide the first time you try to walk through. Good luck.

Thanks for hanging out and sharing your experiences with us.