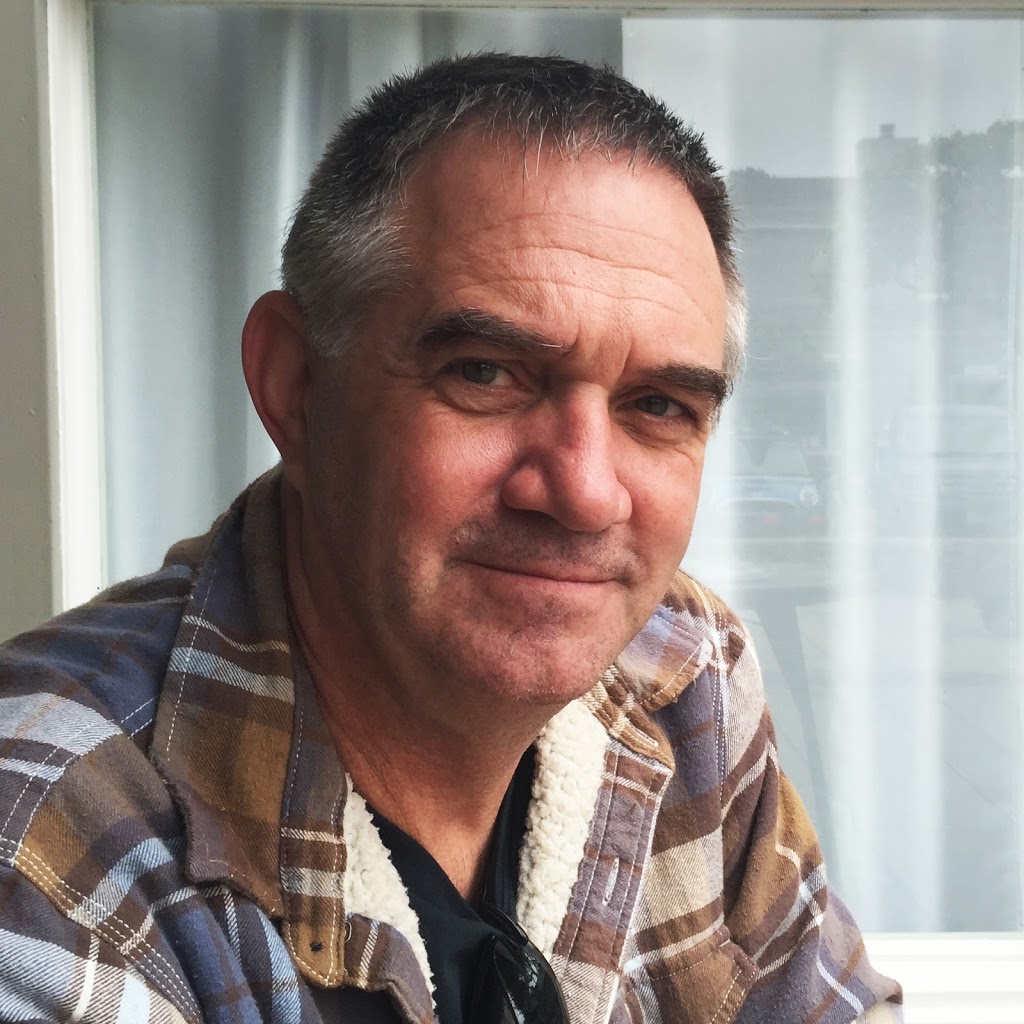 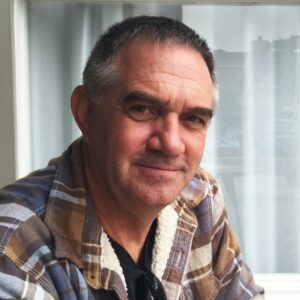 Hart Hanson is best known for his Television writing, including “Bones,” which he created, produced, and wrote from 2005 to 2017.

(For the record, I’m a big fan of anything that includes David Boreanaz. I met him once and managed to get out the words, “Great shoes.” I hope that was a memorable experience for David as well.)
Now a debut novelist, Hart’s first novel The Driver, launched August, 8, from Dutton.  Learn more about Hart online with the following links: Twitter and Facebook
THE INTERVIEW

I found I became quite fond of my main character’s father—Abel Skellig. First of all, he shouldered his way in and demanded an entire chapter that had nothing to do with the plot but a lot to do with the childhood character development of the protagonist, Michael Skellig. I was delighted that Abel appeared later and lived up to his son’s view of him. (I love this! Eddie’s mother Chava is one of my favorite elements of my debut)

I’ve been a television writer for decades. I had a network show (“Bones”) that ran on Fox for twelve seasons and I found that I wanted to stop doing TV for a while and take a look at the world. But, you know how it is, a writer writes. After a few days of not writing I was filled with self-loathing so I went through the “Bin of Ideas” I have on my computer and found the idea for a limo driver who is the type of guy who engages in life even when he shouldn’t. I started writing in longhand (which I’ve never done in scripts) and a year later I had a book.

I have a few TV projects at various levels of development … but I’ve also started the second Skellig novel in the hope that somebody might want to know what happens to him and his friends next.

Kellye Garrett spent eight years working in Hollywood, including a stint writing for Cold Case.
(I’m also a fan of Cold Case, but I never complimented any of the stars’ shoes…)
A former magazine editor, she holds a BS in magazine writing from Florida A&M and an MFA in screenwriting from USC’s famed film school.
Hollywood Homicide is her first novel. To learn more about Kellye, visit her online through the following links: Twitter, Facebook, Instagram
THE INTERVIEW


What is one of your favorite elements in your debut novel?
My favorite element of my book is definitely my last line. I knew what I’d write even before I had most of the story figured out. It’s literally just one word and I’ve refused to change it the few times folks suggested I do so. I love it for a variety of reasons: It sets up a bit of a cliffhanger. It sums up my main character Dayna’s emotions in just one word and the severity of how she’s feeling. And finally, Dayna and I are pretty similar. We’re both super sarcastic black chicks. However, we differ in one key way. And that difference is a constant struggle for me to write. So the ending is my lone shout-out to me writing how I would handle the situation. (This totally made me buy the book!)
What led you to writing your first novel?
Short version: being broke. Long version: At the time I was a semi-successful, mega broke television writer. I was driving down the street in Los Angeles one day and saw a billboard offering a reward for information on a murder. My first thought was, “I should try to solve it for the money.” Of course, that was a horrible idea for real life but it turned out to be a great idea for a book.
What are you working on now?
I just finished book 2 in the Detective by Day series. It’s called Hollywood Ending and it’ll be out next summer. I’m starting Book 3 and have no clue what I’m writing. So please send good vibes and chocolate asap. (A woman after my own heart …) 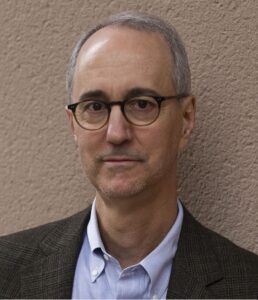 Roger Johns is a former corporate lawyer and retired college professor with law degrees from Louisiana State University and Boston University.
During his nearly two decades as a professor, he served on the editorial staffs of several academic publications and he won numerous awards and recognitions for his teaching and his scholarly writing. Roger was born and raised in Louisiana. He and his wife Julie now live in Georgia. Dark River Rising is his first novel.
You can visit Roger by clicking on the following links: on his website, Twitter, and his blog.
THE INTERVIEW

Wallace Hartman, the main character in my debut novel DARK RIVER RISING, is my favorite element in the book. Wallace, a homicide detective in Baton Rouge, LA, is confronted with a horrifying murder, and she must discover not only the ‘who’ behind the crime, but the ‘why’, as well. Both discoveries will prove costly. The reason I like her so much is that she is an aspirational personality, for me. It wasn’t until after I had finished the book and had a chance to see it from a bit of temporal distance that I realized I had projected a lot of traits on to her that I wished I possessed (or possessed in greater abundance) myself.
Like all of us, she carries the weight of her trials and tribulations and mistakes, but she does so with a great deal more grace than I can seem to muster. And she’s at ease with fact that she must do the things that her life and her career demand of her. While she does not welcome all the challenges things, she doesn’t whine or shy away, either. Nor does she make more of herself than she is. When it’s time to be steely, she is. When it’s time fight, she soldiers-up and enters the battle. But she also has a well-developed sense of humor. And like most of us, she has a tender side which, to my way of thinking, is the most powerful part of her personality because when she exposes it, it leaves her open to great joy, while it also leaves her quite vulnerable––but she’s not afraid. (I love a protagonist with a sense of humor!)
What led you to writing your first novel?
The initial catalyst for the first book was a question that just popped into my head, one day, about why the South American cocaine cartels operate the way they do. After a little bit of exploration into that topic, I realized it might be a good premise for a crime novel. However, the chasm between that realization and a presentable manuscript was deep and wide. Even after a series of rather frustrating false starts, however, I could not make the idea go away. Eventually, I figured out the proper way to tell the story. It turned out to be a story about Wallace Hartman, my main character, and not a story about the ‘business practice’ I had been ruminating about for so long. So, that initial idea turned out to be a way to write about a character I’ve developed a great affinity for. And this is another big reason she’s my favorite part of the book––without her, there would be no book.
What are you working on now?
The second Wallace Hartman mystery is in formal edits, and I’m hard at work on the third. In the second book, Wallace is dealing with a murder that implicates race and politics. And, in the third book, Wallace journeys deep into the darkest, ugliest, most dangerous side of the human species. I think I’ll just leave book three hanging there, for the time being. (I’m hooked!)

Book Giveaway! Homicide for the Holidays!