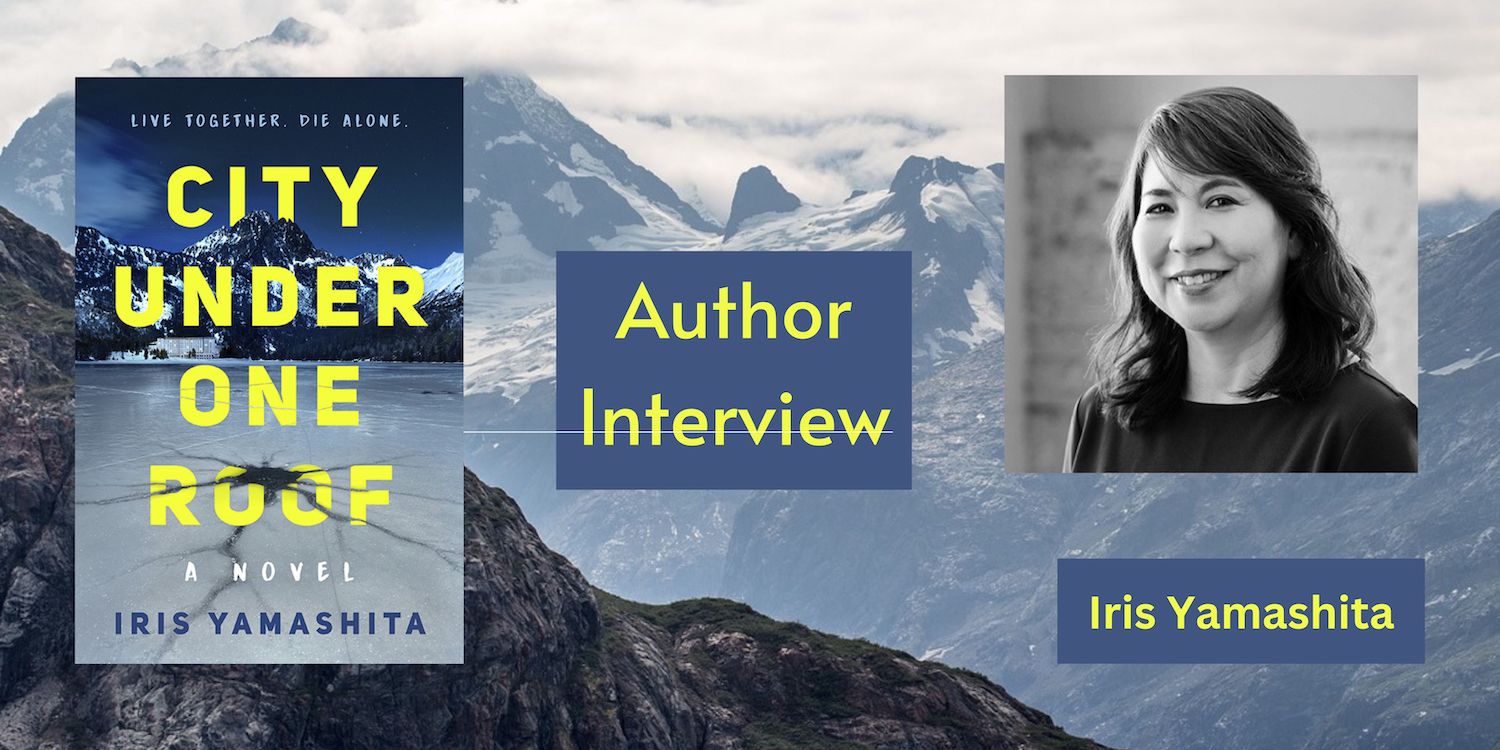 City Under One Roof by screenwriter Iris Yamashita

City Under One Roof 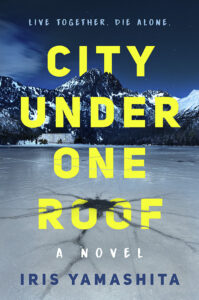 A stranded detective tries to solve a murder in a tiny Alaskan town where everyone lives in a single high-rise building, in this gripping debut by Academy Award-nominated screenwriter Iris Yamashita.

When a local teenager discovers a severed hand and foot washed up on the shore of the small town of Point Mettier, Alaska, Cara Kennedy is on the case. A detective from Anchorage, she has her own motives for investigating the possible murder in this isolated place, which can be accessed only by a tunnel.

After a blizzard causes the tunnel to close indefinitely, Cara is stuck among the odd and suspicious residents of the town—all 205 of whom live in the same high-rise building and are as icy as the weather. Cara teams up with Point Mettier police officer Joe Barkowski, but before long the investigation is upended by fearsome gang members from a nearby native village.

Haunted by her past, Cara soon discovers that everyone in this town has something to hide. Will she be able to unravel their secrets before she unravels?

The Interview — City Under One Roof

City Under One Roof is set in Point Mettier, Alaska, a very small town. What drew you to that as the place to set your debut?

I remember having watched a documentary over twenty years ago about the real city of Whittier, Alaska, back when the only way in was by boat or a train through a tunnel.

Today, the town is accessible by car, albeit through the same single-lane tunnel that is still shared with the train. One of the most fascinating aspects about the town is that most of the full-time residents of Whittier live in a single high-rise condo. (When I started writing the book there were about 205 residents, but the number has since gone up to 272 in the last census.) It seemed like a perfect setting for a story, but it took a long time before I thought of a story to go along with the place.

The book is told in three voices. What would you like readers to know about them?

Cara Kennedy is a detective from Anchorage who has suffered a tragic personal loss. She has her own secrets and motives for being in Point Mettier.

Amy Lin is a resident teen who discovers dismembered body parts washed up on the cove and whose mother runs the local Chinese restaurant.

Lonnie Mercer is a resident suffering from a mental disability who wears a different colored beret everyday and keeps a pet moose named Denny.

City Under One Roof is full of secrets. What inspired these characters that have things to hide about themselves and their pasts?

I had imagined that if you chose to live in a very isolated place, there might be a reason, such as running away from something or someone, or having a secret to hide.

Also, driving through the 2.5 mile narrow tunnel that leads to Whittier felt like falling through a rabbit hole that would lead to a strange Wonderland full of odd and quirky characters. That became a jumping off point and there are a number of references to Wonderland or Lewis Carroll peppered throughout. For instance, using Wonderland analogies, I thought of Cara as “Alice” dropping into this strange world, Amy as the “White Rabbit” she sometimes chases for clues, and Lonnie as the “Mad Hatter.”

You are an Academy Award-nominated screenwriter. How did the writing process differ for you between writing for the screen and writing a novel?

I think the writing process for the screen is easier. You only need to write 100 or so pages with a lot of white space. But to get it to a final product is much harder because there are so many hoops to get through. It takes a lot more money and a lot more people need to be involved in both the decision-making and production process. Also, most of the time, you are working off of someone else’s intellectual property (IP) such as a book, a true story, a news article, a remake, etc.

Writing a novel is more torturous in the process. Unlike in screenplays, an author of books must also be the director, the cinematographer, the set designer, the costume designer, etc. But I find it to be much more satisfying and liberating in the end in that you can develop something original and the end product relies mostly on you and your writing.

Tell us about your publishing journey:

I started writing City Under One Roof after initially trying to come up with a pitch for a series. I had come up with so much material that I thought I had enough to write a book.

Writing novels was something I had aspired to do before I entered the screenwriting world, but I had a hard time actually finishing a novel so I turned to screenwriting. After I had written a number of chapters for City Under One Roof, I started querying agents even though I had not completed the novel, which I understand is not how it’s supposed to be done.

One of the agents I queried (Lucy Carson, who is now my agent) asked for the rest of the novel but since I had not finished it yet, she told me to get back to her when it was complete. So I put it aside, as I was still writing scripts for Hollywood. However, Lucy was persistent and would gently prod me to see how the book was coming along.

Finally after a couple of years, she proposed sending the partial manuscript to one editor to see what she thought. It was during the middle of COVID when strange things were happening and thanks to Lucy and the editor at Berkley Publishing, I was able to get a deal!

I am now working on the sequel to City Under One Roof, which will bring back some characters from the first book as well as introduce some new ones.

Don’t be so precious about your work. I always start off with something I call a “vomit draft” whether it’s in screenwriting or writing novels, because I know a lot of things are going to be thrown out later. So don’t try to make things perfect on the first go. Also, have a roadmap. The roadmap will most probably change and take you on a different course, but it beats being lost in Perpetual Writer’s Block if you start with some general destinations.

Great advice! Thanks for hanging out with us today. Best of luck with your debut.

I have two cats, Bento and Kiki.

We have a number of feral cats in the neighborhood and one of them chose to have her kittens in our backyard.

We had all the cats, including the mama cat spayed and then fostered the kittens to put up for adoption.

We were only going to foster, but of course, we ended up keeping two of them.

Despite having qualms about being able to socialize feral cats, the two we adopted have turned out to be the nicest, sweetest cats I’ve ever had.

It’s also nice to have two sister cats who love snuggling with each other.

Iris Yamashita — Author of City Under One Roof 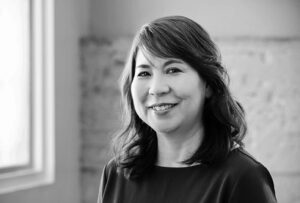 Born in Missouri, raised in Hawaii and having lived in Guam, California, and Japan, Iris Yamashita was able to experience a diversity of culture while growing up. She studied engineering at U.C. San Diego and U.C. Berkeley and also spent a year at the University of Tokyo studying virtual reality. Her first love, however, has always been fiction writing, which she pursued as a hobby on the side.

Iris submitted her first screenplay to a competition where she was discovered by an agent at the Creative Artists Agency (CAA) who offered to represent her. Her big break came when she was recruited to write the script Letters From Iwo Jima for Clint Eastwood. Letters was named “Best Picture” by both the National Board of Review and the Los Angeles Film Critics Association. It received a Golden Globe award for “Best Foreign Language Film” of 2006 and was nominated for 4 Oscars including “Best Picture” and “Best Original Screenplay.”

City Under One Roof is her debut mystery novel set in a tiny Alaskan town where everyone lives in a single high-rise building.

Iris continues to work in Hollywood, developing for both film and streaming media and has also dabbled in writing a musical for a Japanese theme park with Tony Award-winning composer Jeanine Tesori. She has taught screenwriting at the University of California, Los Angeles and the American Film Institute.

The Foundation of Plot, a Wait, Wait, Don’t Query (Yet!) guidebook. #1 Amazon bestseller

Header image by dennisflarsen on Pixabay

Lincoln, Lawyers, and Murder on the US Frontier: Author Jonathan F Putnam