A Bride’s Guide To Marriage and Murder

A Bride’s Guide to Marriage and Murder On the eve of her marriage to George Hazelton, Frances has a great deal more on her mind than flowers and seating arrangements. The Connors and the Bainbridges, two families of American robber barons, have taken up residence in London, and their bitter rivalry is spilling over into the highest social circles. At the request of her brother, Alonzo, who is quite taken with Miss Madeline Connor, Frances has invited the Connor family to her wedding. Meanwhile, Frances’s mother has invited Mr. Bainbridge, and Frances fears the wedding may end up being newspaper-worthy for all the wrong reasons.

On the day itself, Frances is relieved to note that Madeline’s father is not among the guests assembled at the church. The reason for his absence, however, turns out to be most unfortunate: Mr. Connor is found murdered in his home. More shocking still, Alonzo is caught at the scene, holding the murder weapon.

Powerful and ruthless, Connor appears to have amassed a wealth of enemies alongside his fortune. Frances and George agree to put their wedding trip on hold to try and clear Alonzo’s name. But there are secrets to sift through, not just in the Bainbridge and Connor families, but also in their own. And with a killer determined to evade discovery at any cost—even if it means taking another life—Frances’s first days as a newlywed will be perilous indeed . . .

To purchase A Bride’s Guide to Marriage and Murder, click any of the following links: Amazon – B & N, Bookshop.org & IndieBound.org

A Bride’s Guide to Marriage and Murder — Character Guest Post

Frances Wynn on her fiancé George Hazelton and fate

Do you ever wonder about fate? It’s been on my mind quite a bit lately. My name is Frances Wynn and my title is Countess of Harleigh. I’m about to be married on February 20th, 1900 to George Hazelton, a man who has been on the periphery of my life for many years now. He’s the reason I’ve been thinking about things that, perhaps, were meant to be.

A little over ten years ago, when I was Frances Price and my title was American heiress, my mother brought me to London to marry a member of the aristocracy. American heiress wasn’t really my title, but it was my most significant attribute, at least to London society. I was presented to the Queen and attended my first London ball, where I met the Prince of Wales. Once he put it about that he found me “delightful,” my popularity soared.

I met so many eligible bachelors that I can’t remember them all. But I do recall meeting George—tall, handsome, young, and good-humored. Unfortunately, he was the third son of an earl and had no hope of inheriting a title. I was sure my mother wouldn’t approve of him. What I found out, quite after the fact, was that she had already chosen a husband for me and sent other potential suitors, including George, on their way.

Her choice was Reginald (Reggie) Wynn, the heir to the Earl of Harleigh. The family were dealing with financial difficulties and therefore eager to accept my dowry. Accepting me was another matter altogether. I was largely ignored. After a brief honeymoon, Reggie dropped me off at the old manor in the country while he returned to London and his bachelor ways. I joined him there every spring for the social season, and in the fall, we’d host shooting parties at the manor. We did manage to have a child and he was a doting father when he was around, but generally, we lived apart.

Fortunately, I maintained a friendship with George’s sister, Fiona. In fact, she is my best friend. She brought George with her to one of our shooting parties when her husband was unavailable. Reggie died that weekend under very scandalous circumstances. At least, they would have been scandalous if George hadn’t helped me to put things right, shall we say. I don’t know why I turned to him, but some instinct told me he was trustworthy.

Imagine my surprise when, a year later, I found that I’d just taken a lease on a town house next door to his. Was it fate? I don’t know, but when I suspected one of my sister’s suitors was a murderer, who gave me the confidence to investigate and indeed, helped me? George. When a friend was found murdered in her own home, then later found to be in the possession of a collection of salacious gossip about nearly everyone in town, including me, who was there to help me flush out the killer? George. Who is the best partner a woman could want and the man I can’t wait to marry? Of course, it’s George. 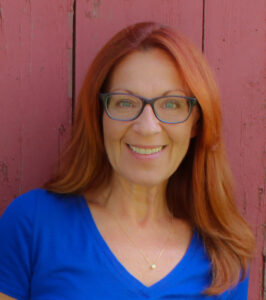 Dianne Freeman is the acclaimed author of the Countess of Harleigh Mystery series. She is an Agatha Award and Lefty Award winner, as well as a finalist for the prestigious Mary Higgins Clark Award from Mystery Writers of America.

After thirty years of working in corporate accounting and finance, she now writes full-time. Born and raised in Michigan, she and her husband split their time between Michigan and Arizona. Visit her at www.DiFreeman.com.

Don’t Miss Any Stops on the Tour!

July 9 – Escape With Dollycas Into A Good Book – SPOTLIGHT

July 14 – Reading Is My SuperPower – SPOTLIGHT