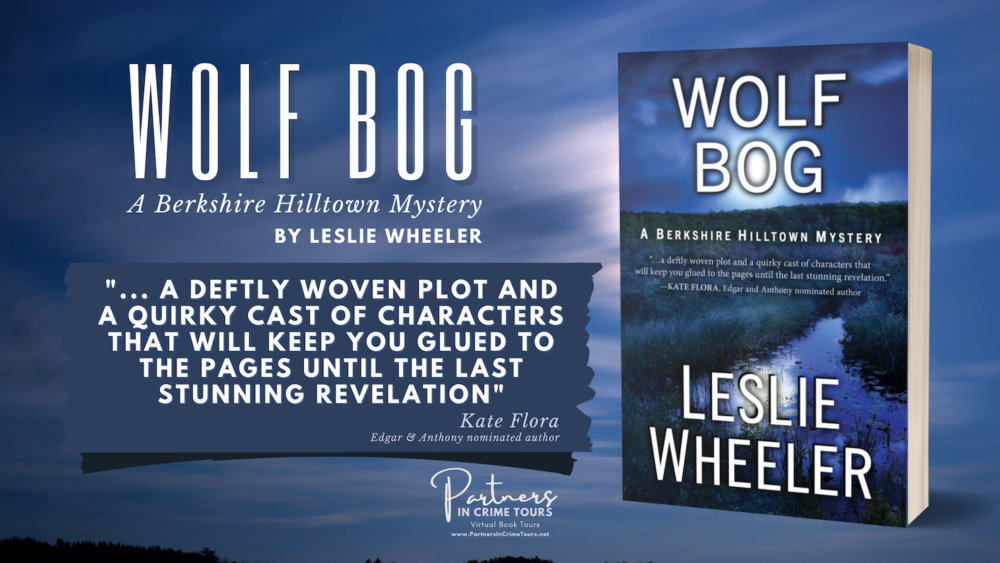 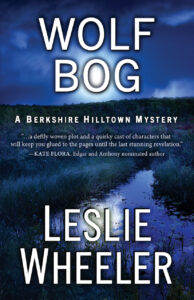 It’s August in the Berkshires, and the area is suffering from a terrible drought. As wetlands dry up, the perfectly preserved body of a local man, missing for forty years, is discovered in Wolf Bog by a group of hikers that includes Kathryn Stinson.

Who was he and what was his relationship with close friend Charlotte Hinckley, also on the hike, that would make Charlotte become distraught and blame herself for his death? Kathryn’s search for answers leads her to the discovery of fabulous parties held at the mansion up the hill from her rental house, where local teenagers like the deceased mingled with the offspring of the wealthy.

Other questions dog the arrival of a woman claiming to be the daughter Charlotte gave up for adoption long ago. But is she really Charlotte’s daughter, and if not, what’s her game? Once again, Kathryn’s quest for the truth puts her in grave danger.

To purchase Wolf Bog, click on any of the following links: Amazon | Barnes & Noble

How and Where I Write

Every writer has their quirks and I’m happy to share mine. In college I had a writing teacher who said he wished he could carve his words into wood. I’ve never had that impulse myself, but the tactile side of writing is important to me. I usually write out in longhand the opening lines of chapters in my mystery novels. I do so on a yellow legal pad with a pen with a medium-sized tip. Then I type my words onto the computer. I resort to pen and legal pad for chapter endings, as well, especially if I’m having trouble getting them just right. Why? Because I believe that the act of putting my words on paper jumpstarts my brain. I also read my work aloud, which helps me break up the overly long sentences I’m prone to, create dialogue that my characters can actually speak, and catch missing words and other mistakes.

I do most of my writing in the morning, when I’m fresh, and also when I’m closest to the subconscious world of my dreams. Mid-afternoon around three is often my low time. Then I leave my desk, stretch my legs, get some fresh air, and clear my head. Returning refreshed, I sometimes put in another hour or two of writing before dinner. I don’t, however, write every day, for the simple reason that there are times when I must attend to other things in my life. Nor do I set myself daily word counts. As a pantser, discovering the story while I’m writing it, I rely on flashes of inspiration to keep going, and sometimes those flashes elude me. When they do come, I’m delighted and give myself a big pat on the back.  It usually takes me three drafts to wrestle my unwieldy beast of a manuscript into its more or less final shape and send to the editor at my publisher.

As for where I write, I agree with Virginia Wolf when she stressed the necessity of women having a place where they can retreat to write without interruption in her essay, “A Room of One’s Own.” In the beginning of my writing career, I didn’t have such a place, and thought of myself as migrant writer. In the rental house in the Berkshires, where my then husband and I lived, my migration took me from an alcove in the bedroom during the day, downstairs to a wooden picnic table we used for meals at night. I made the move when my husband went to bed and I stayed up to write.

Later, when we built our own house in the Berkshires, we agreed that I should have a study. My study was and still is a relatively small room built over the garage, while my husband’s studio—he was a graphic designer—was the largest room upstairs. I couldn’t help wondering if the disparity in size reflected the value he placed on his work over mine. Even so, I was glad to finally have a room of my own.

Still later, divorced and remarried to an English professor in the Boston area, I found myself with a huge study that took up most of our condo attic, which had been converted into living space. In a reversal of my previous situation, it was my husband who took an alcove on the second floor for his study. He insisted that I have the larger study because I worked at home all day, while he had an office at his university. After a while, though, he had second thoughts about this arrangement, and wanted to swap his alcove study for my much bigger space. But by then, I was too entrenched on the third floor to give it up. Not only do I have plenty of room, but the almost-floor-to-ceiling windows offer lovely views of our tree-lined side street that I feast my eyes on when my muse deserts me.

And, since I divide my time between the Boston area and the Berkshires, where my study there looks out on woods and a garden, I consider myself to be doubly blessed. Not bad for someone who began her career as a migrant writer!

Readers, do you have writing quirks and/or a special place where you write?

Charlotte’s brow furrowed as she stared at the bog. “There’s something down there. A dead animal or…?” She raised her binoculars to get a better look.

“Where?” Wally asked. She pointed to a spot on the peat at the edge of the water. Wally had barely lifted his binoculars when Charlotte cried, “Oh, my God, it’s a body!” And took off toward it.

“No, don’t go there!” Wally grabbed at her, but she eluded him. When Charlotte was almost to the body−−if that’s what it was−−she began to sink into the bog. She waved her arms and twisted her legs, trying desperately to get out, but her struggles only made her sink deeper.

Kathryn’s heart seized. They had to rescue Charlotte, but how without getting stuck themselves? Brushing past Wally, Steve started down the slope. Wally caught him, pulled him back, and handed him over to Hal Phelps. “You stay put. Everyone else, too. I’ve had experience hiking around this bog, and I think I can get her out. Stop struggling and try to keep calm,” he called down to Charlotte. “Help is on the way.”

Wally made his way carefully to where Charlotte stood, caught in the mire. He tested each step before putting his full weight on it, backtracking when he deemed the ground too soft. When he was a few yards away, he stopped.

“This is as far as I can safely come,” he told Charlotte. He extended his hiking pole and she grabbed it. Then, on his instructions, she slowly and with great effort lifted first one leg, then the other out of the muck and onto the ground behind her. Wally guided her back to the others, following the same zigzag pattern he’d made when descending. Charlotte went with him reluctantly. She kept glancing back over her shoulder at what she’d seen at the water’s edge.

Kathryn trained her binoculars on that spot. Gradually an image came into focus. A body was embedded in the peat. The skin was a dark, reddish brown, but otherwise, it was perfectly preserved. Bile rose in her throat.

Charlotte moved close to Kathryn. “You see him, don’t you?” Her face was white, her eyes wide and staring.

“I saw something that appears to be a body, but—” Wally said.

“So there really is a dead person down there?” Betty asked.

“It looks that way,” Wally said grimly. “But let’s not panic. I’m going to try to reach Chief Lapsley, though I doubt I’ll get reception here. We’ll probably have to leave the area before I can.”

“Charlotte,” Wally said with a pained expression, “whoever is down there is already dead.”

She flinched, as if he’d slapped her across the face. “No! I’m telling you Denny’s alive.” She glared at him, then her defiant expression changed to one of uncertainty. “Dead or alive, I’m to blame. I’m staying here with him.” 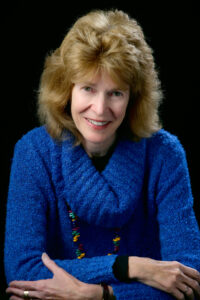 An award-winning author of books about American history and biographies, Leslie Wheeler has written two mystery series. Her Berkshire Hilltown Mysteries launched with Rattlesnake Hill and continue with Shuntoll Road and Wolf Bog.

Her Miranda Lewis Living History Mysteries debuted with Murder at Plimoth Plantation and continue with Murder at Gettysburg and Murder at Spouters Point. Her mystery short stories have appeared in numerous anthologies.

Leslie is a member of Mystery Writers of America and Sisters in Crime, and a founding member of the New England Crime Bake Committee. She divides her time between Cambridge, Massachusetts, and the Berkshires, where she writes in a house overlooking a pond. 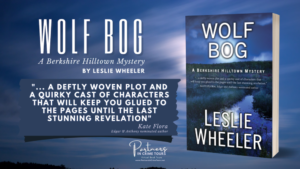 The Turncoat’s Widow by Mally Becker

Calling For The Money: Latest Mystery by Cathy Perkins