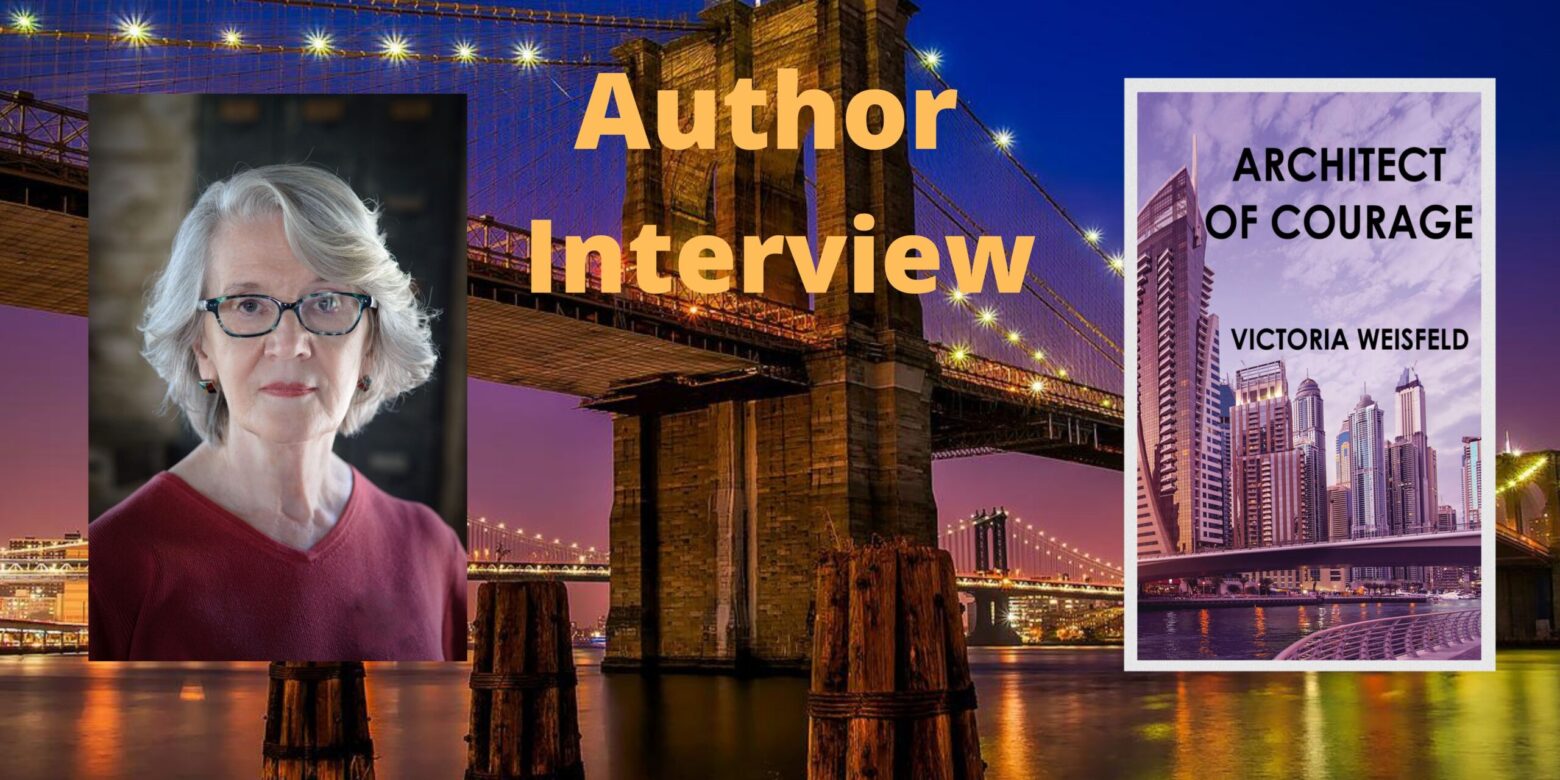 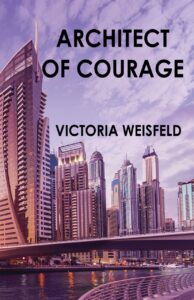 In June 2011, September was weeks away, and the full dread of the approaching anniversary hadn’t yet settled on New York City’s residents. But from One Police Plaza to the FBI’s grim headquarters in Washington, D.C., the top brass harbor a rumbling in the gut. Each person who works for them down the line shares their unease, from every rookie cop walking the beat to the lowliest surveillance specialist. And Archer Landis is about to get caught up in their fixation.Landis is not one of his city’s guardians, and a different sort of electricity runs under his skin on this warm Thursday evening. A highly successful Manhattan architect-a man you’d say has his life totally, enviably, in order-Landis works the room at a Midtown reception, shaking hands, being seen, accompanying his cheerful greetings with the convivial clinking of ice in an untouched glass of single malt.

When the noisy crowd becomes sufficiently dense and everyone present can say they’ve seen him, he will slip away. Out on Fifth Avenue, he will grab a cab for the run south to Julia’s Chelsea apartment.

It’s a trip that will hurtle him into deadly danger. Everyone and everything he cares about most will be threatened, and he will have to discover whether he has the courage to fight his way clear.

To purchase The Architect of Courage, click the following link: Amazon

Architect of Courage takes place in a variety of locations, tell us about the settings and how those places impact the characters.

Having an architect, Archer Landis, as a main character offers appealing opportunities for travel, though many of the novel’s scenes occur in Landis’s office in Manhattan’s Flatiron District. That’s where the police visit him, that’s where he manages a busy firm, and that’s where, early one evening, someone fires a couple of shots at him from an empty office across the street. His firm has numerous offices in this country and around the world, including one in Dubai, where the book’s cover image was taken.

The novel takes place in the summer of 2011, as the country approaches the tenth anniversary of 9/11. All the law enforcement agencies, top to bottom, are intensely alert to the possibility of an anniversary terrorist event, and that hypersensitivity is part of the backdrop to the story. I wanted to show how such anxieties color attitudes toward people and events. Clearly, Manhattan is the best place this story could be set.

The police suspect that Landis’s architectural firm has been infiltrated by a terrorist trying to obtain information about possible bomb targets. With that in the back of his mind, he travels to Brussels to visit the site of a metro station redesign his firm is working on. It’s in the heart of the European Union district and he’s uneasy about it.

This business trip goes terribly wrong, and it leaves him with serious unanswered questions. (That the station was an attractive target was borne out in real life after I drafted that section of the book, when terrorists did bomb the very next station on the line.)

Later in the novel, he travels to Tarifa, Spain, on a private mission. He hopes to find a person who can help him understand the violent events that have taken over his life. The choice of this setting is partly driven by the Moroccan origins of some of the characters. The town is small, full of tourists, transients, and cheap labor. I visited Tarifa on the day I took a hydrofoil to Tangier, so I knew it was a good place for young people to hang out and hide out.

What should readers know about Archer Landis?

Archer Landis is highly successful in his field, but when violence takes away the people he loves and threatens every aspect of his life, he’s totally unprepared to deal with that, both in terms of any weapons skills or physical training. He makes some mistakes, one he considers disastrous, which adds to his grief and regret. Admirably, Landis tends to take the bad things that happen to him and attempt to squeeze some good out of them. As an example, when the police suspect one of his staff of being a terrorist, he launches a corporation-wide initiative on security.

He hits his low point early in the book, and much of what he does afterward is an attempt to atone for his mistakes—even though only he knows about them. A lot of people, if they mess up and no one knows it, would just say, “forget it.” Not Arch.

You can tell a lot about Arch by the way his friends and colleagues treat him. They admire his professional side, of course, but they like and trust him as a person, as well.

In a word, rocky. As a debut novelist, it takes persistence. I’m aware of how many publishers want their authors to have an agent, so I tried that route first. I read all the advice about pitch letters, synopses, etc., and took that on board. I pitched only agents interested in the crime, mystery, thriller genre. I could have reached out to my cats just as productively. Most of them never responded.

Rather than have to find an agent who’d take me on, and her (almost always a young woman) then having to find a publisher, I started to reach out directly to small publishers who take unagented manuscripts. Again, with the small publishers, I stuck to my genre, followed their guidelines religiously, and if they responded at all, they weren’t interested.

I hired a wonderful editor who’d reviewed the manuscript twice, so even if a small publisher didn’t have deep editorial resources, that aspect was covered. A friend of mine who publishes with Black Opal Books read the manuscript, liked, and recommended me to them. That personal connection really helped me short-circuit the process.

I decided not to self-publish because, if you read the enthusiastic blogs of self-published authors, they become involved in a lot of tasks I have no interest in and didn’t expect I’d be good at. Of course, regardless of how new authors’ books are published, they will end up being responsible for much of the promotion work, as I am.

The whole process would have been considerably more discouraging if I didn’t have some thirty published short stories in respectable venues like Ellery Queen Mystery Magazine, Sherlock Holmes MM, Black Cat MM, and Mystery Magazine, as well as in competitive anthologies.

That experience told me my work wasn’t totally outside the ballpark!

Those short stories were a good place to start because they have a lot fewer moving parts than a novel does. Also, though I’d always done much professional writing, it was corporate and science-based. I had to be able to back up every part of every sentence. No flights of fancy. No making it up. It was writing the short stories that helped me learn and practice writing fiction. Writing 5,000 words before figuring out I am on the wrong track is a lot different than writing 100,000 and coming to the same conclusion!

With the book being published June 2022, I’m now in the midst of publicity activity. But, compared to not having the book known and read, I don’t mind this at all.

What was your research process like for Architect of Courage?

I enjoy doing various types of research, both confirmatory (about some detail I want to include) and exploratory (trolling for ideas).

Like many crime writers, I wouldn’t be surprised to have the authorities show up to ask about some of my Google searches!

For Architect of Courage, I read about architecture and design, I did photo and product research, legal research (what are the requirements for obtaining an architectural license in New York State?), travel-related research, and I do a lot of geographical/map research (how long does it take to walk from the Flatiron Building to the NY Public Library?).

All that helps establish a believable environment in which the people and places of fiction can exist.

You also have an interest in theater. Tell us about the role theater plays in your life:

Before covid nineteen (the B.C.N. era), My husband and I would see, probably, twenty plays a year. We love live theater and have season tickets for several playhouses. Living an hour by train from Manhattan, we see productions there occasionally, too. While I appreciate many aspects of theater, especially good acting, what keeps me going back are the stories.

Next on her itinerary: Egypt.

Everyone says this, and it’s the only approach that works: Write the book that you want to read.

Don’t worry about market trends, don’t try to anticipate audience reactions. If your book has integrity, it will find readers. To prove this point, look at the Amazon ratings of a few books you really enjoyed, and read the 1-star reviews.

For any specific book, there will be people who don’t like/get it and don’t regard it with the esteem you do. Then look at the ratings of a few books you thought were real stinkers and read the 5-star reviews. What’s wrong with these people? Again, a book tends to find its audience. In the latter case, just not you.

William for Shakespeare and Charles for Dickens!

Some thirty of Vicki Weisfeld’s short stories have appeared in leading mystery magazines and anthologies, winning awards from the Short Mystery Fiction Society and the Public Safety Writers Association.

She’s a book reviewer for the UK website, crimefictionlover.com, and blogs at www.vweisfeld.com.