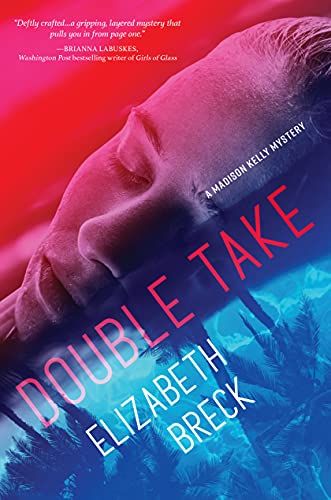 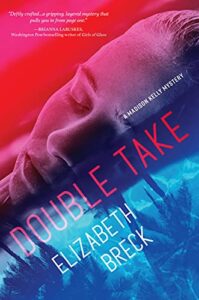 When a young journalist goes missing in sunny San Diego , P.I. Madison Kelly learns the true price of knowing too much.

It’s a perfect San Diego fall–cool and crisp with bright blue skies. But not everything is right in the sunny idyll dubbed “America’s Finest City.” Young journalist Barrett Brown has been missing for a week, and her boyfriend hires private investigator Madison Kelly to find her. Right away, Barrett reminds Madison of a younger version of herself: smart, ambitious, and a loner.

As she launches her investigation, Madison realizes that Barrett’s disappearance is connected to a big story she was chasing–and she sets out to walk in Barrett’s footsteps to trace her whereabouts. As the trail grows colder, things begin to heat up between Madison and Barrett’s boyfriend. But he doesn’t seem to be telling everything he knows, and Madison gets the feeling that her every move is being watched. What dirty secrets lie at the heart of Barrett’s big lead?

If Madison can’t get to the bottom of the case in time, she could be in line to become the next victim.

My name is Elizabeth Breck, and I’m a state of California licensed private investigator specializing in insurance fraud. If you’ve ever read a Sue Grafton book starring her heroine Kinsey Millhone, you know what my life has been like since I was in my twenties; I even lived at the beach in a small studio apartment like Kinsey.

Eventually, I took my passion for investigating, put it with my passion for writing, and wrote a mystery series that introduced my own heroine and alter-ego, private investigator Madison Kelly.

Madison lives at the beach in La Jolla, California, in the exact spot where I lived when I was younger. My debut novel, Anonymous, hit store shelves last November, and I was thrilled to receive critical acclaim.

The second book in the series, Double Take, comes out October 12th. I’ll be doing in-person events to celebrate the book launch, so if you live in Southern California, check out my website for dates and locations where I’ll be answering questions and signing books: Elizabethbreck.com/events

In the meantime, I thought you might like to have an excerpt from Double Take. I chose the first few pages, since when I’m deciding whether to get a book I’ll stand in the bookstore and read the beginning; if it hooks me, I’ll buy it.

I’ve found some of my favorite authors that way.

The start of Double Take gives us an idea what Madison has been up to since we last saw her at the end of Anonymous. She’s been taking on more and more missing persons cases, and when Double Take starts we find her right in the middle of an important one.

At the conclusion of the following scene (and you’ll have to get the book to find out what happens!), Madison flies home to meet the boyfriend of a young journalist, Barrett Brown, who has been missing for a week. Barrett reminds Madison of a younger version of herself: smart, ambitious, and a loner. She agrees to take the case.

Madison soon realizes that Barrett’s disappearance is linked to a big story she was chasing, so Madison starts to retrace her steps in order to find her.

As the trail grows colder, things heat up between Madison and Barrett’s boyfriend—but he doesn’t seem to be telling everything he knows. Then Madison gets the feeling that her every move is being watched.

What dirty secrets lie at the heart of Barrett’s big story? If Madison can’t get to the bottom of the case in time, she could become the next victim.

The girl was fifteen, but she looked twelve.

“Step over here next to me,” Madison said.

The girl stared at Madison with huge brown eyes that were filling with tears. When she tipped her head back to look up at the man standing next to her, a fat tear escaped and rolled down her chin, onto a T-shirt that was too tight and low cut for a teenager. The man was smirking at Madison, confident. The girl looked back at Madison and almost imperceptibly shook her head. No.

Madison ignored her response. “Don’t look at him. Just walk over here next to me.” Madison stood easy, her five-foot-eleven frame balanced evenly on her Doc Martens, her purse hanging from the crook of her arm. She took slow, deep breaths.

The man’s deep voice boomed in the quiet neighborhood. “She better look at me. And you better mind your own business.”

Madison glanced around. October in Idaho was freezing. Colder than a Southern California girl thought a place could be. Her lungs felt like they were bleeding. She’d been tracking Alicia and her boyfriend for the past month. Well, Alicia probably thought he was her boyfriend. But boyfriends don’t take you away from your parents in California and drive you to another state, hiding your whereabouts so that your parents have to hire a private investigator to find you. And boyfriends don’t make you do things for money, things which no fifteen-year-old should even know about. But sex traffickers did.

The tableau Madison found herself in had as its backdrop the University of Idaho on-campus apartments, and there wasn’t a soul around. All of the students were in classes in the middle of the day. The couple had moved in with actual students, something the university wouldn’t have allowed had it known. Madison didn’t think the student residents even knew what had moved in. It was a great place to hide in plain sight. Madison had found them anyway. Now it was a secluded place for a confrontation that favored the bad guy. Madison was on her own with a very large man and a very scared girl.

“Your mom is worried about you. She misses her little girl,” Madison said.

“You need to stop talking,” the man said.

The tears started flowing again at the mention of Alicia’s mother. This girl wants to go home, Madison thought. She has wanted to go home for a while.

“We’re leaving,” he said. He turned and started to walk, and Alicia pivoted like she was attached to him with an invisible piece of rebar. But suddenly she stopped, frozen like the ground on which she stood.

Madison still had a chance. “Come back, Alicia.” Madison spoke quietly, encouraging Alicia to do what she wanted to do. Alicia turned toward Madison’s voice.

“What are you doin’?” The man grabbed Alicia’s arm and yanked. She made a whimpering sound and crouched low, as if to avoid a fist. How many times has that happened? Madison wondered. Alicia tried to pry his hand off her arm; his fingers were digging into her flesh and would certainly leave a bruise. His height gave him leverage, and he pulled her close and started to drag her down the sidewalk.

“Stop walking.” Madison said it with authority, as if she had a gun trained on his central mass. Which she did.

He turned, saw the gun, and stopped. Slight surprise registered on his face, like he hadn’t thought Madison had it in her. “You gonna shoot me out in the open like this?”

Madison knew that her concealed carry permit from California was recognized in the state of Idaho, but she didn’t think the university would appreciate her having a gun on campus grounds. But she was a private investigator hired to find a kidnapped girl, and she wasn’t leaving without her.

“You’ve already committed a federal crime: ‘transporting a minor across state lines with the intent to engage in prostitution or any sexual activity for which a person could be charged with a criminal offense.’ But let me dumb it down for you: she’s jail bait and you took her across state lines. And now you’re kidnapping her right in front of me. Hell yeah I’ll shoot you. I’ll get a medal. People will volunteer to come clean your blood off the sidewalk. Now walk away before I have to waste a hollow-point pink-tipped .38 bullet on you.”

Published in the United States by Crooked Lane Books, an imprint of The Quick Brown Fox & Company LLC.]

I hope you enjoyed that excerpt, and if so, that you’ll buy the book from your local bookstore. Most stores are open for business again, and it is so nice to walk into a store, smell that “new-book smell,” chat with the sales staff, and go home with a new hardcover! It is available to pre-order wherever books are sold. 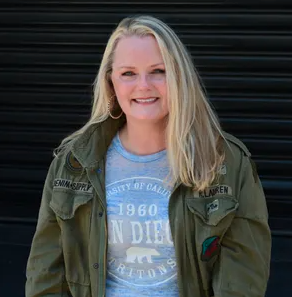