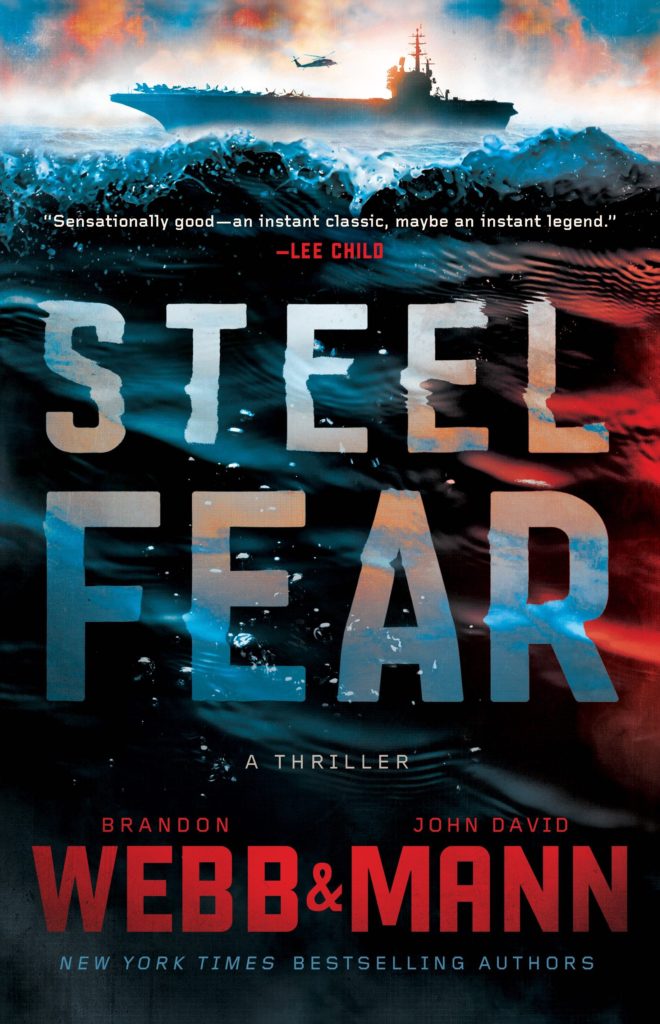 Navy SEAL Brandon Webb teams with author John David Mann to write his first thriller. A prolific author of nonfiction, Brandon chats with us about his novel and turning real life into fiction. 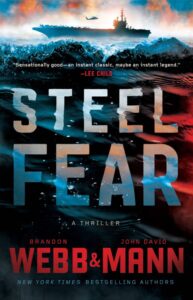 An aircraft carrier adrift with a crew the size of a small town. A killer in their midst. And the disgraced Navy SEAL who must track him down . . . The high-octane debut thriller from New York Times bestselling writing team Webb & Mann—combat-decorated Navy SEAL Brandon Webb and award-winning author John David Mann.

The moment Navy SEAL sniper Finn sets foot on the USS Abraham Lincolnto hitch a ride home from the Persian Gulf, it’s clear something is deeply wrong. Leadership is weak. Morale is low. And when crew members start disappearing one by one, what at first seems like a random string of suicides soon reveals something far more sinister: There’s a serial killer on board. Suspicion falls on Finn, the newcomer to the ship. After all, he’s being sent home in disgrace, recalled from the field under the dark cloud of a mission gone horribly wrong.

He’s also a lone wolf, haunted by gaps in his memory and the elusive sense that something he missed may have contributed to civilian deaths on his last assignment. Finding the killer offers a chance at redemption . . . if he can stay alive long enough to prove it isn’t him.

To purchase Steel Fear click on any of the following links: AMAZON, BARNES & NOBLE & INDIEBOUND

Tell us how writing Steel Fear came about:

Steel Fear was inside my head for 10+ years. I was stationed aboard the USS Abe Lincoln as a rescue swimmer and we had a sexual predator on the boat and he was never caught. This was when women were first introduced into combat roles and the navy was still figuring out how to integrate them into living quarters. The women on the ship were quite terrified.

I was 15,000 words into writing the novel (my first long form work of fiction) and then asked John if he wanted to help write and finish. Thankfully he said yes because good turned to great with his help.

Read my interview with John David Mann by clicking the link here.

How much of you is in Finn? Where do you differ and how are you the same?

I think there is a little me in Finn, especially young Finn growing up around water but he’s a mash up of several real people John and I know.

You are a decorated Navy SEAL—who served in combat and taught at the sniper school. What drew you to writing about those experiences, both to record the lives and missions of fellow SEALS and to encourage people outside the military to overcome their personal fears?

Writing became a creative outlet for me after leaving the navy.

I had written a few pieces for Maxim and FHM and then a friend who had just written a book encouraged me to do a memoir about my journey into the SEAL Teams. That was, The Red Circle, and Marcus Luttrell, author of, Lone Survivor. I also put Marcus through sniper training. The Red Circle was how I first met John Mann, through our old agent Margret McBride, she’s a legend!

Writing those first few books was also a form of personal therapy for me. I was dealing with a lot of loss and trauma that war brings. I had also kept a war journal; thanks mom for making me journal as a kid! My first son, Hunter, was born while deployed to Afghanistan in 2001 and I wanted to capture my Afghan story, lessons learned growing up having left home at 16, and my time in the navy as something to pass on to my kids.

Among Heroes was part me honoring my SEAL friends who I’d lost in the war and me dealing with personal trauma and loss.

It’s strange to be in your 20s and lose so many friends. This book helped me heal and move on with my life. I’m glad I did this book and was able to share these amazing men and their stories with others because these friendships impacted me so positively.

Mastering Fear was inspired when a close friend came to me and asked about swim lessons. Kamal is an extremely successful tech VC and bestselling author and he’d never learned to swim. I realized that this was a big fear he’d decided to overcome and I wanted to help him. We spent a week together at the NYAC pool in Manhattan.

When we were finished Kamal could swim and had overcome a major fear in his life. On the R train back to the Flatiron he said to me, “You changed my life, write about this for others.”

I sent an email to my agent Alyssa, she forwarded to several editors and we had an offer for Mastering Fear the same week.

The book is one of my proudest literary accomplishments. I discuss my own journey of fear and incorporate what I learned training SEAL snipers into a practical guide that has now helped many people and hopefully many more.

Tell us about your writing process, did it vary writing a novel instead of nonfiction?

I’ve written thousands of articles for my foreign policy and defense media site SOFREP. I have worked on my craft and feel confident writing nonfiction.

Writing fiction, wow! It was like learning a new language for me.

I’d read King’s, On Writing, watched some videos and then started slogging through a thick swamp up to my shoulders writing Steel Fear.  It was extremely challenging world building the aircraft carrier environment. Character development, pacing, plots within plots, all a challenge for me. Thank the Lords of Kobold John helped me because working with him I learned a ton more, make that 90,000 tons!

What scares you the most?

This is easy. Something bad happening to my three incredible kids.

Second to that, I still get scared to write about certain topics but I cheated off my friend James Altucher and as he says, “If I’m scared to write it I probably should.”

I do the same now.

John and I are finishing book 2 in the Finn series, and I am working on a novel about the first women SEALs.

Practice your ass off. Read and write daily. Also, don’t believe the nay sayers who push their own insecurities on you. So many told me not to write fiction because I had a great fan base and track record as a nonfiction author. Steel Fear was the biggest advance John and I ever received and we sold the rights (and tv rights to Peacock) mid Pandemic! 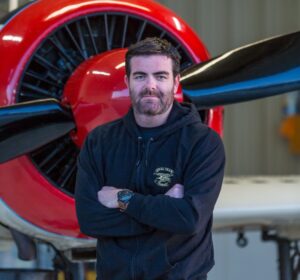 Brandon Webb is a combat-decorated Navy SEAL sniper turned entrepreneur who has built two brands into an eight-figure business.

As a U.S. Navy Chief he was head instructor at the Navy SEAL sniper school, which produced some of America’s most legendary snipers. He is a multiple New York Times Bestselling Author.

Leaving home at 16 Brandon later joined the US Navy to become a SEAL. His first assignment was as a helicopter Search & Rescue (SAR) swimmer and Aviation Warfare Systems Operator with HS-6. In 1997 his SEAL training package was approved; he joined over 200 students in BUD/S class 215 and went on to complete the training as one of twenty-three originals.

Over his navy career he completed four deployments to the Middle East and one to Afghanistan, and redeployed to Iraq in 2006-7 as a contractor in support of the US intelligence community.

A Locked-Room Mystery For the 21st Century