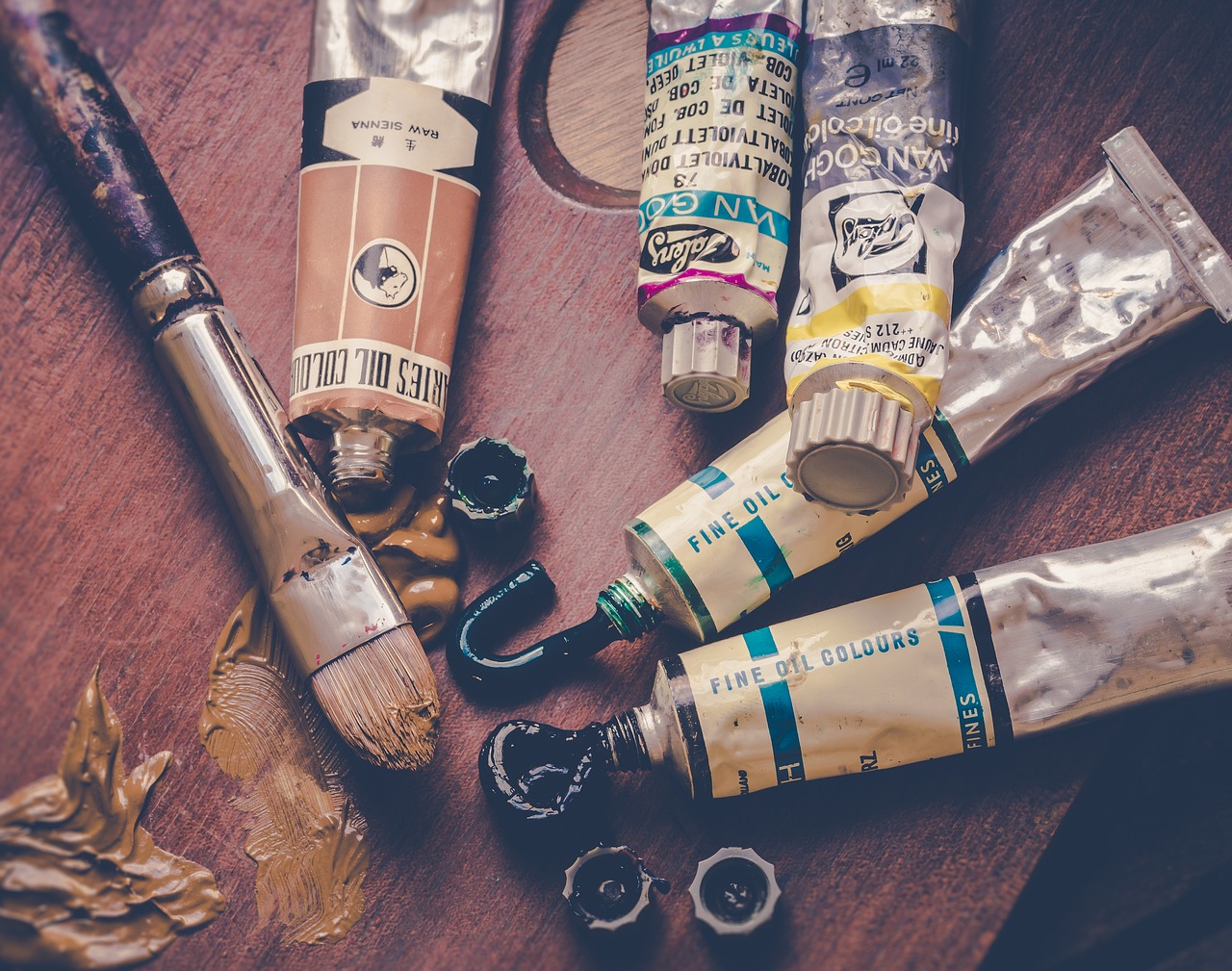 Mystery Novel Based on Jackson Pollock Painting. Pollock No. 5 to be exact. Read on for more information about Todd J Cohen’s debut.

Mystery Novel based on Jackson Pollock — Pollock No. 5 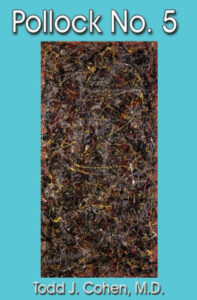 In 2006, a Jackson Pollock painting purportedly sold for one hundred and forty million dollars. The private sale was never confirmed and the precise whereabouts of the Pollock remains shrouded in mystery.

Medical inventor, doctor, art connoisseur, and avid jazz enthusiast Dr. Matthew Dawson (MD), with his brilliant Israeli engineering friend and master of Krav Maga sidekick Dr. Alexiev Shaw have just formed MATAL, based on their latest magnetic stent device, and are about to raise some capital.

The day before Super Storm Sandy, MD is precipitously fired from his position at Mt. Sinai, and returns early to his Long Island home only to catch his wife in the act! With nowhere else to turn, he seeks refuge at Shaw’s nearby place. That night Super Storm Sandy hits and hits hard.

The next morning, MD gets a call from his wealthy Hampton neighbor, Charley Weisberg, a senior partner at Goldman Sachs, who is stuck in Asia and concerned that his Hampton estate is under water. MD agrees to check on the Weisberg estate (next to his vacation shack) in the little hamlet of Quiogue. To MD’s surprise, he sees a famous, priceless, Jackson Pollock painting (Pollock No. 5), over the fireplace.

MD returns the following day to the Weisberg estate and is astonished to find “the painting” missing, and Weisberg’s wife and heiress, Angela, dead on the floor. He calls the Westhampton Police Department and becomes the main suspect in the painting’s heist and the murder!

To Purchase the book, click on the following links: Amazon & Barnes & Noble

What should readers know about Matthew Dawson, the protagonist of Pollock No. 5?

The character is based on a fictionalized version of myself. However, there are some similarities between MD and I. Both of us are cardiologists, but MD is a cardiology plumber (cath lab doctor) while I am an electrophysiologist.

Both of us love art, and have a passion for the Bay Area artists, Richard Diebenkorn and Wayne Thiebaud. We both serve as Trustee of a local museum; me, at the Nassau County Museum of Art in Roslyn, New York, and MD at the Parrish Art Museum in Southampton, New York.

MD is torn between his passion for work and innovation and his lack of attention to his family life. This creates an internal conflict that sets the tone for this imperfect individual to somehow become a hero.

What prompted your interest in the Jackson Pollock painting, No. 5, which is central to your story?

This is a real painting that was featured in the New York Times, in an article that came out in 2006.

I remember reading about the nearly priceless value of this painting. It was supposedly owned by billionaire David Geffen, who supposedly sold it for 140 billion to someone in Mexico.

The sale is denied and the whereabouts are shrouded in mystery.

I obtained the rights to reproduce the painting from the Jackson Pollock Foundation, and fictionalized the story around it.

Jackson Pollock is a very intriguing, nearly mythical breakthrough artist who was based in the Hamptons, near where I live. His different abstract approach to dripping paint on large canvases on the floor created a dramatic and impactful contrast to traditional still life and figurative art.

The parallels between the tragic death of Jackson Pollock and his troubled marital relationship mirror the conflict that exists between the main character and his wife in Pollock No. 5.

Tell us about the journey to publish your first novel:

Shortly after living through the havoc of Superstorm Sandy on Long Island (no power for nearly three weeks), I came up with the story and the plotlines very quickly. I made a rough draft of the manuscript in approximately 12 weeks in 2012.

Then, I quickly sent a query to my favorite author, Nelson DeMille’s publisher, Grand Central Publishing. I appeared to get them interested, but knew that the book was NRFPT*. I began working, refining the plot, and re-editing the book, much like the way an artist takes a raw piece of marble and sculpts it into a beautiful sculpture. With lots of help along the way, and many friends and family members reading and critiquing Pollock No. 5 (including a Random House copy editor and a cable series actor), I finally got the book in shape and was ready to publish it.

At that time one of my patients, who was a mystery novelist, recommended joining Mystery Writers of America (MWA). I went to an event, and met a couple authors that published with Black Opal Books.

After having some difficulties finding the right agent, I submitted my book to Black Opal Books without an agent. I was surprised to find that they wanted to publish it!

The process to publish a fictional novel by a listed publisher was not an easy one, as compared to my nonfictional medical books. This is not a task for the faint of heart (no pun intended).

*Not Ready For Prime Time

Much of the novel is set in the Hamptons. What makes that a good location for crime fiction?

Long Island is a highly populated, but geographically diverse area. The Hamptons creates a unique backdrop with its majestic beaches, oversized mansions, and even larger than life celebrity personalities (the Kardashians, Jerry Seinfeld, Billy Joel, and the list goes on).

With its great history of contemporary art (including Willem de Kooning, Larry Rivers, Lee Krasner, and none other than Jackson Pollock himself), the great museums (including the one where I am a trustee (Nassau County Museum of Art) and the one in Suffolk County (The Parrish Art Museum, where MD is a trustee), as well as the mouth watering restaurants, bakeries, and coffee houses, the reader is given a real taste of the Hamptons.

It’s a wonderful place to sit on the beach and escape to a murder mystery adventure novel with a unique art, jazz, and medical innovation theme.

You also write nonfiction, tell us about the other books you have out:

My other books are created to support my mission in medical education.

My life’s mission is to empower not only students and medical professionals, but also the patients that suffer from very common heart conditions and heart rhythm problems. In 2010, I wrote A Patient’s Guide to Heart Rhythm Problems, published by Johns Hopkins University Press. This book was written in lay language to help patients and their families and friends understand the almost ubiquitous condition of heart rhythm abnormalities.

Most people think that when someone dies suddenly, they’re having a heart attack. In reality, those patients are more often than not having a heart rhythm abnormality in which the lower chamber of the heart moves very fast (ventricular tachycardia or ventricular fibrillation) and causes sudden cardiac death.

The treatment of the latter condition has been a lifelong journey of mine, and I previously directed two of the busiest heart rhythm programs on Long Island. In addition, the Johns Hopkins Health Book was named A Library Journal Best Consumer Health Book of 2010.

The book was also endorsed by the Sudden Cardiac Arrest Association. I founded the SCAA Long Island chapter, and serve as an adviser.

I am currently working on the sequel to Pollock No. 5. This book features the same cast of characters, as they embark upon an even greater adventure. The reader is taken along on an art and mystery infused journey of a lifetime, with the backdrop of another great contemporary artist. This book is centered around a fictionalized version of the mysterious UK artist Banksy.

Be patient, be passionate, be perseverant, and be-lieve.

Maggie has been the heart and soul of our family for almost the last 18 years.

Maggie is a Soft-coated Wheaten Terrier.

She has lived through the trials and tribulations of our family, as our kids grew up and matured into adults. 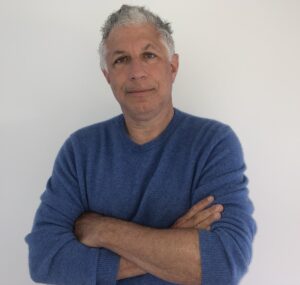 Todd J. Cohen, M.D. is Chief of Cardiology, Director of Medical Device Innovation, and a Professor at NYITCOM in Old Westbury, New York. He is Director and Founder of the Long Island Heart Rhythm Center (www.liheartrhythmcenter.com) and an attending physician at Mt. Sinai Morningside in New York City and Good Samaritan Hospital in West Islip, New York.

He is known for his books A Patient’s Guide to Heart Rhythm Problems, Johns Hopkins Press-2010-A Library Journal Best Consumer Health Book, his book Practical Electrophysiology 3rd Edition HMP Communications, LLC-2016, his many publications in journals such as the New England Journal of Medicine, JAMA, and Circulation, as well as his many cardiac inventions including the one he co-invented that is featured in this book in which CPR is performed using a handheld toilet plunger (“active compression-decompression CPR”).

His next medical book, Surviving and Thriving with Heart Disease, Johns Hopkins Press, is currently in development.

He has a passion for art and is a member of the Board of Trustees and is the Chairman of the Art and Exhibition Committee at the Nassau County Museum of Art, in Roslyn, New York.

Prompt for the Week: July 17