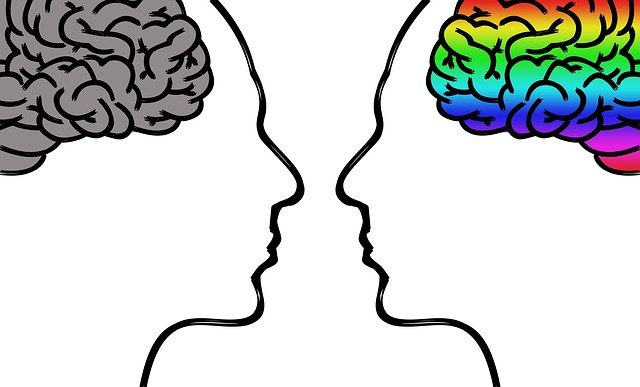 Collective Unconscious. Or, where do you get your ideas?

A Few Thoughts on Writing and the Collective Unconscious

Writers are often asked where they get their ideas. Answers often range from actual events and news articles to dreams and childhood memories. There are many sources that swirl around us all the time.

I’m going to take it one step further.

I think writers tap into the collective unconscious.

Carl Jung coined the term in the early 1900s in his essay, “The Structure of the Unconscious.” He distinguished between the unconscious information unique to a person’s experience, and those gained through ancestry.

While Jung believed that the collective unconscious revolved around archetypes, I believe that experiences are shared in a community, even when a specific individual is not directly involved.

Jung believed that the collective unconscious revolved around archetypes. I believe that experiences are shared in a community—even when a specific individual is not directly involved. 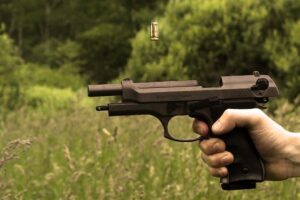 Think, for example, about our response to mass shootings. We feel a lot of different emotions. Compassion for the victims and their loved ones. Anger at the perpetrators. Fear for our own safety. We often react with either a stronger support for gun control or a stronger desire to have access to guns for personal protection.

These are all intense emotional states, even for people who did not have a direct connection to that event.

Further, the shared event promotes actions. It makes some people more anxious in certain settings, such as crowded public spaces. It makes other people become active in the politics of gun control, whether for or against.

An event like that can cause people to move or not purchase a house in a specific area. Some will change their children’s schools. Perhaps enrolling them in private rather than public with the idea “it can’t happen there.”

Many of these things happen on a conscious level, but some sink to the level of collective unconscious.

My theory is that events submerge into the collective unconscious through a process akin to that of tossing a pebble into a pond. 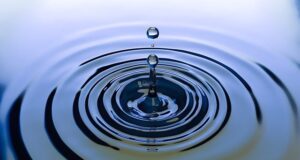 My theory is that events submerge into the collective unconscious through a process akin to that of tossing a pebble into a pond.

The pebble is the event. It sinks out of the public eye, coming to rest on the silty bottom. But each ripple extends outward, impacting additional rings of people. Even people removed from the initial experience.

Human beings read body language and other nonverbal cues to understand the world. It’s part of how we distinguish between friend and foe. Between safe and unsafe. Between acceptable and unacceptable behavior.

The fortunate part of this is that it can protect us from dangerous situations.

The unfortunate part of this is that humans are fallible, so it can continue to support reactions—and beliefs—that are not helpful to society.

Children are aware of a parent’s physical reactions far earlier than they are aware of their verbal explanations. A parent who reacts negatively through body language toward people that look different, invests their child in a specific part of the collective unconscious—the concept that “others are bad.”

Even if a parent says, “don’t judge a person by how they look” that’s not what the parent shows the child. Sending conflicting messages undermines the child’s ability to believe the parent.

This is a negative aspect of the collective unconscious.

But there are many positive aspects. Our ability to appreciate the stories of other cultures. Our willingness to see commonalities between experiences even when the outer trappings may be different. The universal nature of emotions.

So how does this relate to writers?

…writers have a stronger connection to the cultural unconscious.

I believe that writers have a stronger connection to the cultural unconscious. We are able to identify those commonalities about how we think and feel. By remaining open to the larger shared experiences, we are able to perceive not just the ripples, but also the original pebbles that lay on the bottom of the pond.

Stories come from within and without. Writers, no matter the genre, explore what it means to be human. It is this shared understanding of events that make individual stories universal.

We all understand emotional states . . . joy, grief, fear, love, anger. We also understand the kinds of events that prompt those feelings, even if we have not lived through them ourselves.

Support for a warrior home from war, even if we have never been. Anger at perpetrators of violence against children, even if we don’t have children. Fear of being alone in the dark woods at night, even if we’ve never been in the wilderness.

The danger lies in perpetuating those aspects of the cultural unconscious that are based on faulty understandings.

The beauty lies in our ability to transcend differences and identify those shared collective experiences that are good for all of humankind.

It depends on which pebble a writer chooses to pick up and what ripples they leave behind.

Header by Elisa Riva on Pixabay

Water in the pond by qimono on Pixabay

Weapon photo by Makyphoto on Pixabay

Debut Thriller Writer on Her Path to Publication