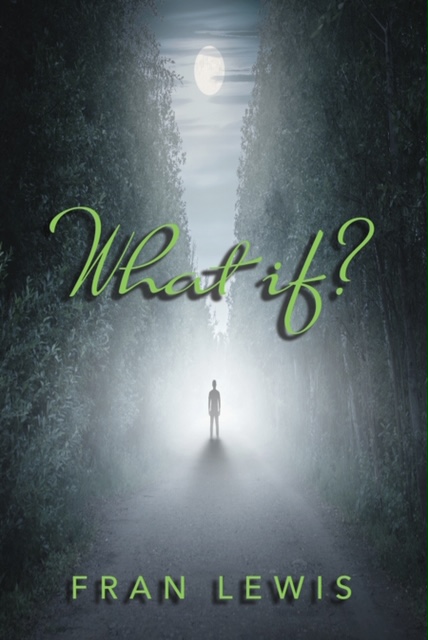 Fran Lewis launches What If? a series of  time travel/sci fi stories for our times . . .

Visit all the stops along her Partners In Crime Virtual Book Tour!

What If? by Fran Lewis 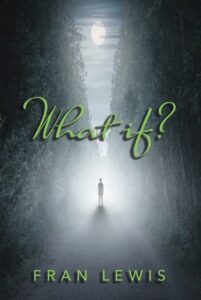 What if the world was in a different place? What if your life was not your own? Think about this as you read each story, and decide how you would react to living in some of these different worlds.

What If?…My sister Marcia always said to be original and try new things and new ventures. She is the reason I write and created my YA series, my non-fiction books, and why I heard her voice in my head saying, “Give it a shot.” 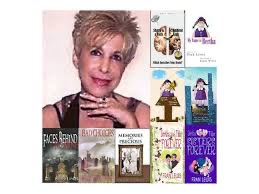 She was the administrative assistant to the Principal and created original programs for students after school.

She was the music director and created musical festivals along with other staff members. She’s a member of Marquis Who’s Who, Continental Who’s who and who’s who of America’s professionals and educators.

Excerpt—What If  by Fran Lewis

It was now 2050 and the world had really changed.  There were no more planes or trains.  All you needed to do was think about being somewhere and you were there.  The government, in order to save money on gas and fuel, had banned cars, buses, and any means of transportation, and implanted chips in everyone’s arms that helped transport them to wherever they wanted to go, including the past.

A huge explosion had occurred, and all that was left in the world were twenty countries,  with only twelve hundred people in each country. Most people had not survived the explosion, which had caused most of the countries to just disappear into space forever.  No one really knew if anyone was out there or if these people survived somewhere, and no one really cared enough to find out.

One man called The Ruler headed all the countries, and assigned one person as the Chief of Law and Enforcement in each country.  Under this person, five people helped to enforce the rules and the laws.

Then, one miserable day, someone decided there were too many wars, too many hate crimes, too many people being killed on the streets, and too much traffic and congestion on the highways.  The government hired several scientists to find a solution to the problem, and that was how everyone in the entire world wound up multicolored.

Because of all the wars and fighting and hate that took place in the past, the government created a way to eliminate the many different races in the world and opted for only one. Everyone looked the same.  Our faces might have looked a little different, but our skin colors were the same—multicolored.  They did this so that no one would insult, mock, or hurt anyone because of their skin color.  They eliminated houses of worship so that everyone was nonsectarian, and no one would be discriminated against.  However, what they could not eliminate were our thoughts and desires to make changes in our lives, even though they tried.

Everyone that lived here had a job that paid the same amount.  No one, no matter what they did or what career they chose, was paid more than anyone else.  We never had to worry about being laid off.  Unless we decided to move somewhere else our job stayed the same, and there was no room for advancement—ever.  Everyone did the same thing every day.  Nothing changed.  Life was supposed to be anger free, insult free, and most of all, calm and tranquil.  HOW DULL AND BORING!  (OH!  I am not supposed to say that.  Opinions are not allowed here.)

One morning I got up and got dressed to go to my boring job as an accountant with the only accounting firm in this city.  I went over the books daily,  entered my accounts in their daily ledgers, and did taxes for some of the companies in this city.  It was grunt work, and nothing exciting ever happened at work or anywhere else.

Walking to work as usual, I began remembering how it was only twenty years ago when there were cars, trains, and people running and yelling for cabs and trains to wait for them at the station.  I missed the newspaper people on the street and the vendors selling hot coffee and bagels from their pushcarts.  Those were the days.  I loved the way people had looked and the different races and nationalities that lived here.  Learning from other people was what made life exciting.

Then the unexpected happened.  A new family with two children moved in down the street from me.  These two kids were not going to conform to our way of thinking, and decided it was time to shake things up—and they did.  One morning when going to school they each wore something other than the school’s drab gray uniform.  The girl wore a pink and green dress with flowers, and the boy wore something blue, and a shirt that said, “I hate being the same.  Different Rules.”

This did not go over well, and they were taken into custody by the guards in their school and promptly suspended.  This did not stop them.  They started screaming and yelling all sorts of words we had not heard before.  “One race is not what we are supposed to be.  I hate this planet.  I hate all of you.”

I could not believe my ears. This was grounds for banishment into the Devoid Zone.  These two children had painted stars all over their faces.  Their younger sister decided to paint her face one color.  Who in today’s world had a face that was one color?  Everyone here looked and dressed the same.  It prevented jealousy, arguments, and fashion wars.  How dare they go against the laws of this state?

Visit these other terrific blogs for author interviews, reviews, guest posts, and more!

Her Every Move: New Suspense by Kelly Irvin