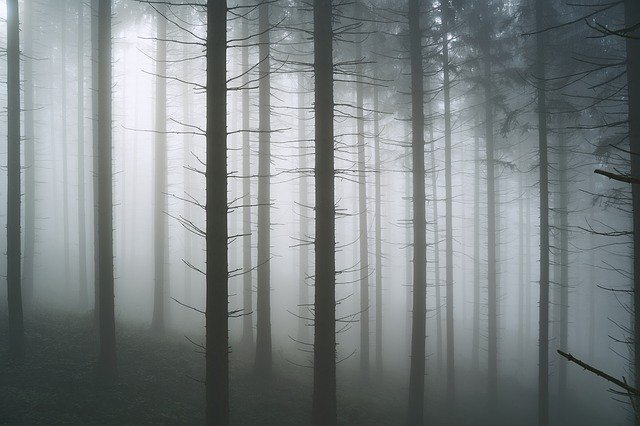 Cracking the Mystery of Why We Love Mysteries

Amateur sleuths, hardboiled cops, private eyes, spooks and spies. We love them all. Mysteries and thrillers make up the second most popular genre of books after romance. Why are we as readers so drawn to these stories that plumb the dark recesses of human nature?

Scroll through my blog posts to find various new mysteries, from thriller to academic cozy.

I’ve often pondered that question as I browse through mystery sections at the local bookshop or at the library, looking for something that grabs me. Genre fiction, after all, tends toward the formulaic. When we pick up a mystery or thriller, we know what it’s going to be about. A major crime, generally a murder or series of them, is committed, and the crime-solving protagonist nabs the killer.

So why do we bother reading on when we know the basic outcome before we even crack open the cover?

I’ve come up with a couple thoughts. See if you agree. 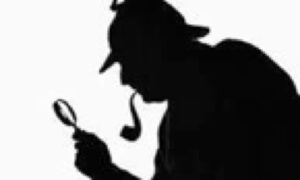 For one, we know that mysteries and thrillers promise us action and adventure — hot pursuits and drawn guns — that other books don’t deliver. It’s an adventure that few of us will get to experience in real life, but we can vicariously live through our protagonists.

We can see ourselves in these hero figures, who are inevitably stronger, braver and more quick-thinking than the average person/reader. At some subconscious level, they represent who we’d like to be.

We can participate in all this without fear or risk to ourselves. The price of admission is simply a suspension of disbelief and an armchair.

For the most part, mysteries and thrillers present black-and-white moral choices. The hero and the villain are easily distinguishable, so we know who to root for. Likewise, the vast majority of novels end with the killer’s capture or slaying. So, there’s a sense of justice served that appeals to our desire for fairness and balance.

We feel safe and satisfied knowing that the bad guy will get punished because that’s how life should be, and we know that doesn’t always occur in reality.

In real life, when someone we perceive as guilty gets away with his crime, it leaves a lingering resentment of those tilted scales, but in fiction, we know the scales will be balanced, that the loose ends will tie into a neat bow, and that’s comforting.  —Christina Hoag

In real life, when someone we perceive as guilty gets away with his crime, it leaves a lingering resentment of those tilted scales, but in fiction, we know the scales will be balanced, that the loose ends will tie into a neat bow, and that’s comforting.

Mysteries and thrillers also engage and challenge our intellect through clues. We like puzzles and plot twists, clever surprises that we didn’t guess at, as well as guessing where the plot is going before our hero crime-solver. We learn new things by delving into the different worlds characters pull us into, either through the crime-solver, the victim, or the criminal. 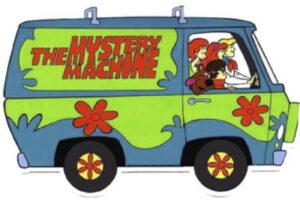 Ah, the criminal. As much as we love the good guys, we love the bad guys, too, in that we are fascinated by them.

Most people are law-abiding citizens, give or take a few speeding tickets and an assortment of other minor infractions. We wouldn’t go to the extreme of holding up a bank or killing someone. However, we may often harbor that desire, especially if we perceive that someone or something has wronged us and we feel helpless to right that wrong, to restore the aforementioned balance of fairness.

We’re intrigued, then, by perpetrators who do go to the length of committing serious crime. How do they summon the courage to actually break a law and then morally live with themselves afterward? Why do they risk going to prison?

We also may be fascinated with how they commit their crime and cover their tracks. The smarter they are, the more respect we have for them, and consequently, for our super-brainy crime-solver who catches them.

Last but not least, mysteries and thrillers are escapist entertainment.

Last but not least, mysteries and thrillers are escapist entertainment.

Since most of us are neither crime-solvers or criminals, we can leave our own messy worlds for a while to enter a world where we know things will work out in the end. Perhaps that even gives us confidence that our own struggles will work out as well.

Those are some broad brushstrokes of why I think mysteries and thrillers remain a perennial favorite.

Christina Hoag and I would love to hear your thoughts – feel free to leave a comment!

Author Christina Hoag is a former journalist who has had her laptop searched by Colombian guerrillas, phone tapped in Venezuela, was suspected of drug trafficking in Guyana, hid under a car to evade Guatemalan soldiers, and posed as a nun to get inside a Caracas jail.

She has interviewed gang members, bank robbers, thieves and thugs in prisons, shantytowns and slums, not to forget billionaires and presidents, some of whom fall into the previous categories.

Now she writes about such characters in her fiction.

Christina’s noir crime novel Skin of Tattoos was a finalist for the 2017 Silver Falchion Award for suspense, while her YA novel Girl on the Brink was named one of Suspense Magazine’s Best of 2016 for young adults.

She also co-authored the nonfiction book, Peace in the Hood: Working with Gang Members to End the Violence, which is used as a textbook at University of California Los Angeles, University of Southern California, The Chicago School of Professional Psychology and other academic institutions.

She has had numerous short stories, creative nonfiction essays and poems published in literary journals.

Born in New Zealand, Christina grew up as an expat around the world. She now lives in California, where she has taught creative writing at a maximum-security prison and to at-risk teen girls.

She is a regular speaker at women’s conferences, writing conferences and organizations, book clubs and stores, and libraries.