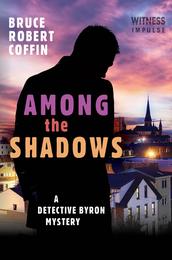 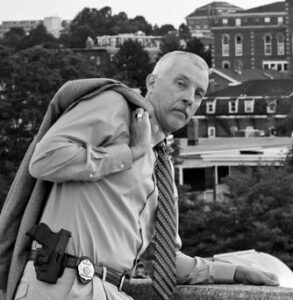 This week I’m hanging out with novelist Bruce Robert Coffin. Bruce is the bestselling author of the Detective Byron mystery series and former detective sergeant with more than twenty-seven years in law enforcement.
At the time of his retirement, from the Portland, Maine police department, he supervised all homicide and violent crime investigations for Maine’s largest city. Bruce also spent four years working counter-terrorism with the FBI, where he earned the Director’s Award, the highest honor a non-agent can receive.
THE INTERVIEW
Before launching your writing career, you worked in law enforcement for twenty-seven years. With that incredible base of knowledge, did you find yourself staying completely accurate to police procedure? Or did you take any liberties for the story? What was difficult about knowing the real world of law enforcement so well?
I try to incorporate as much reality as possible into my novels so that they read true to folks in the law enforcement field and to those with no experience whatsoever. That said I will take liberties for the sake of good storytelling. For example it would be rather tough to build excitement if I made John Byron or Diane Joyner wait a year or more for a DNA comparison. (That would slow the pace a bit! I’m always amazed when I interview experts how long things take in the real world.)

As a Maine writer, how does your geography impact you?
I think there’s just something about Maine that makes for good mystery writing. It’s a huge area with a relatively small population. People love to say it’s a small world. Maine quite literally is a small world where everybody knows everybody else. That closeness and familiarity can create great motives for murder. Plus as a mystery author it’s fun to create chaos in the midst of Maine’s tranquility. (And such a beautiful state!)
In your first Detective Sergeant John Byron novel, your victim is a police officer, in the second it’s a lawyer, so you went with people who have careers that intersect with criminals. What made you choose those two professions for your victims?

I’m not sure it was a conscious decision to pick intersecting careers as much as a desire to explore societal opinions about those two professions. All of my stories are scooped out of the primordial ooze of what if. In the first John Byron Mystery, Among the Shadows, I wanted to tell the tale of a modern day investigator confronted with the unenviable task of delving into his own father’s past and uncovering secrets that were buried long ago.
In the second novel, Beneath the Depths, I set out to paint a picture of what it’s like to try and solve a murder when the victim is a despicable person. As I often tell people, police officers aren’t allowed the luxury of picking and choosing which homicides to investigate. Many homicide victims become victims as a result of their own vices and lifestyles. In cases like the Ramsey murder, detectives have to constantly remind themselves that no matter how bad the victim was there is still someone worse out there. The killer. (Great point. I’ve never heard it phrased that way, “there’s someone worse out there” … filing that one away! J)
In addition to the police force, after 9/11, you also worked alongside the FBI in counter-terrorism. How different was working with the FBI versus the police department?
Not as different as you might think, except for the travel. My FBI assignment dealt specifically with counter-terrorism (CT), which is of course very different from criminal investigations. Criminal cases are generally investigated after-the-fact, while CT cases are more intelligence based, directed toward uncovering or preventing a crime in the making. (A lot like mystery vs. thriller!)
But working with the FBI was just like working for my own department. Both agencies are comprised of the same type of men and women, people who want to make the world a safer place for everyone. I really enjoyed my time working with the FBI. Much like the PD, they treated me like family and I forged some lifetime friendships along the way.
Do you believe there is a “type” of person who goes into law enforcement? Are there characteristics that all police detectives/FBI etc. have? What makes the best detective? The best beat cop?

I think many people believe there is a certain type of person who goes into law enforcement as a career. After serving in that capacity for almost three decades, and coming into contact with thousands of officers, I can tell you that the only thing we all have in common is the desire to help others. It truly doesn’t matter if talking about beat cops or detectives, taking control of a bad situation and helping those who are unable to help themselves is what it’s all about. If you can see yourself doing that then law enforcement might be for you.
What are you working on now?
At the moment I’m hard at work on the manuscript to Byron #3, tentatively titled BEYOND THE TRUTH. In this novel Byron will face his biggest challenges to date, both personally and professionally. It is my hope that this book will generate a lot of meaningful discussion.
Final words of wisdom:
And here I thought the last question would be the easiest. Stick with it. That’s the key to this business. Getting noticed is hard. There are many good writers out there already. Find something that you care enough to write about and then put your heart and soul into it. Repeat. That’s all there is to it. Work at it constantly. Tess Gerritsen once told me that writing novels is a marathon not a sprint. She’s absolutely right. If you’re not ready to put your heart and soul into it, then you’re not ready. Write on!
Great final words, Bruce. Great to have you here, I’m enjoying your first novel very much.
Best of luck with the new book!