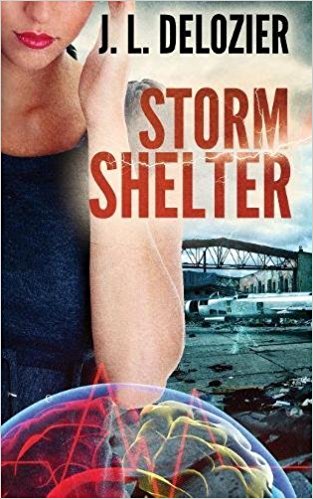 Just checking in with a couple fabulous mystery/thriller authors. Looking for some new twisty-turning thrill rides to read? Look no further than these three…
HOLLIE OVERTON 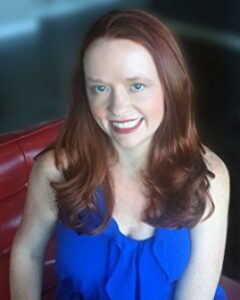 Hollie Overton is an experienced TV writer currently working on the second season of Freeform’s “Shadowhunters.” She previously wrote for two seasons of Lifetime’s “The Client List,” and the final season of the CBS drama, “Cold Case.” A native of Kingsville, Texas, Hollie made her way to the Big Apple, where she studied acting at the American Academy of Dramatic Arts, Literature at Hunter College and mixology in Murray Hill.
Convinced her talents lay in telling stories; Hollie set her sights on Hollywood. In 2008 Hollie was selected for the esteemed Warner Brother Writers Workshop.  Her debut novel, Baby Doll was published in July 2016 and is an international best-seller. Hollie is repped by MetaMorphic Entertainment and WME.
THE WALLS By Hollie Overton

What if you could get away with murder?

Single mom Kristy Tucker works as a press agent for the Texas Department of Corrections — handling everything on death row from inmate interviews to chronicling the last moments during an execution. Her job exposes Kristy to the worst of humanity, and it’s one that’s beginning to take its toll.

So when Kristy meets Lance Dobson, her son’s martial arts instructor, she believes she has finally found her happy ending. She’s wrong.

Kristy soon discovers that Lance is a monster. Forced to endure his verbal and physical abuse, Kristy is serving her own life sentence…unless she’s willing to take matters into her hands. Perfectly poised to exploit the criminal justice system she knows so well, Kristy sets out to get rid of Lance — permanently.

The Walls explores domestic violence, the morality of murder, and how far one woman will go to protect her family.

Pamela Crane is a professional juggler. Not the type of juggler who can toss flaming torches in the air, but a juggler of four kids, a writing addiction, a horse rescuer, and a book editor by trade. She lives on the edge (ask her Arabian horse about that—he’ll tell you all about their wild adventures while trying to train him!) and she writes on the edge. Her characters and plots are her escape from the real world of dirty diapers and cleaning horse stalls, and she thrives off of an entertaining tale. Visit her at www.pamelacrane.com.
THE ART OF FEAR by Pamela Crane
A life no girl should endure. A father no daughter could love. A twist no one would predict.

From award-winning author Pamela Crane comes a terrifying tale of small-town secrets and murder.
Ari Wilburn’s life ended long ago—the day she watched her little sister die in a tragic accident and did nothing to stop it. Crippled with self-blame and resented by her parents, she stumbles through life … and onto an unexpected clue that casts doubt on whether the death was accidental.
Now a psychological wreck, Ari joins a suicide support group where she meets Tina, a sex-enslaved escapee who finds her long-lost father dead. Suicide, police ruled it. But Tina suspects foul play. As a bond develops between the women in their shared loss, they’re dragged into playing a dangerous game with a killer.
Faced with a murderous wake-up call and two possibly linked deaths, Ari’s investigation puts her next on the killer’s list. But she’s never been one to back down from a fight.
Needing closure, Ari must face her demons and the killer behind them … or lose everything she loves.
JL DELOZIER

Dr. Jennifer Delozier submitted her first story, handwritten in pencil on lined school paper, to Isaac in six years, which was followed by the blur of internship, residency, and the launch of her medical career. But she never forgot her first love.
Asimov’s magazine while still in junior high school. Several years later, she took a creative writing elective at Penn State University and was hooked. She received her BS and MD degrees

When she sat down to write her debut thriller, she spent some time rediscovering her favorite physician writers. From the deductive reasoning of Sir Arthur Conan Doyle to the cutting edge science of Michael Crichton, she remains inspired by facts that lie on the edge of reality: bizarre medical anomalies, new genetic discoveries and so on. These form the backbone of Type & Cross.

Dr. Delozier spent the early part of her career as a rural family doctor and then later as a government physician, caring for America’s veterans. She continues to practice medicine and lives in Pennsylvania with her husband and four rescue cats.

Dr. Persephone Smith is a psychologist with a genetic gift. Her enhanced empathy allows her to feel on a primal level the emotions of others, which helps with her job as a counselor for the Dept. of Veterans Affairs. But Seph’s gift comes with a price. Plagued by nightmares and insecure in her work, she absorbs the suffering of her patients by day and swills tequila by night.

When Seph is deployed to an abandoned air hangar turned medical shelter during a massive hurricane, her worst nightmares come true. One by one, as the wind howls overhead, staff and evacuees disappear into the dark recesses of the vast space. The missing return as mutilated corpses. The living, trapped in the shrieking metal structure by the storm, descend into varying levels of paranoia and even madness. Seph must become both counselor and detective to determine who, or what, is calling them prey. Is the panic and mayhem just “shelter shock,” as the lead physician, Anne Parrish, insists? Or is everyone, Seph included, in danger of losing their minds—and their lives?

Storm Shelter is a prequel to 2016’s Type & Cross, which was recently nominated for a “Best First Novel” award by the International Thriller Writers organization. Though fiction, it’s based on my real-life experiences as a disaster physician and features a subtle homage to Alice in Wonderland woven throughout.