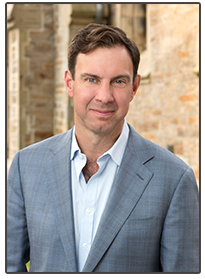 This week I’m hanging out with Jonathan F. Putnam, author of the Lincoln and Speed Mystery Series. Jonathan has been a trial lawyer in the New York City office of the international law firm of Kirkland & Ellis LLP since 1993.  He specializes in representing companies and individuals in complex commercial litigation, often disputes involving intellectual property such as patents or trademarks.
Jonathan graduated from Harvard College in 1988 with honors with a degree in History and graduated magna cum laude from Harvard Law School in 1992.  At Harvard Law School, he served on the Harvard Law Review and received the Fay Diploma for graduating first in his class.  After graduation he worked as a law clerk to a judge on the U.S. Court of Appeals in Washington D.C. for a year before joining Kirkland & Ellis.

Despite being a “debut” author, Jonathan is well into his third novel. To learn more about Jonathan F. Putnam and his books, sign up for his newsletter on his Website.
Follow on Twitter
Find him on Facebook
THE INTERVIEW
Lawyer, author, father, marathon runner … How do you balance everything you do?
While I’m still ‘of counsel’ to my law firm, Kirkland & Ellis LLP, I spend the vast majority of my professional time at this point on my writing career.  It’s much easier to balance everything now than it was when I was a full-time partner at a large New York City law firm, routinely working 60 hours or more a week and traveling around the country for hearings and trials.
In fact, I spent about four years trying to write my first novel while still working as a full-time law partner.  One of my writing heroes is Scott Turow, and he famously wrote his first blockbuster Presumed Innocent while commuting on the commuter rail train in Chicago, a little bit each morning and a little bit each evening.  I was also riding a commuter rail train every day (into New York City) and I figured that if I followed Turow’s example, after a couple of years I’d have my own Presumed Innocent.  Instead, after three or four years, I had about five pages, total, of incoherent scribbles.  It wasn’t until I took a leave of absence from my firm that I found the time and mental bandwidth to make real progress on my story.
Most of the published authors I’ve come to know still have a day job in addition to their successful writing career.  I don’t know how they balance everything.  I am in awe of them.
You have a degree in history and a law degree. Those explain your facility with combining history and a character who is a lawyer, but why focus on Abraham Lincoln? What about that specific person and time period piqued your interest?
Since I’ve always loved history, and the time-honored advice “write what you know” seemed sensible, when I first had the idea to write a novel I immediately thought about writing a law-related historical fiction. I needed a famous lawyer from history to be my protagonist.  After several weeks of looking into various notable lawyers from the past, I settled upon Lincoln, who was a prolific trial lawyer long before he became the President who ended slavery and won the Civil War.
Lincoln is an iconic figure of lasting interest to the reading public.  Better still, for my purposes, while many aspects of his Presidential career are well-known, the two prior decades in which he toiled as a private trial lawyer in central Illinois are much less so.  The relative obscurity of this period gave me some historical maneuvering room to cook up compelling historical fiction.  And as a defense lawyer representing someone accused of a crime, Lincoln was well positioned to be the protagonist in a murder mystery, solving crimes in course of his legal work.
In real life, Lincoln shared a room in Springfield, IL from 1837 to 1841 with Joshua Speed, the second son of a wealthy, large slave-owning family from Louisville, KY.  Speed is Watson to Lincoln’s Holmes in my series: the roommate and best friend of the great man (in real life as in fiction), the sparring partner and investigative sidekick, and the narrator of the books.
My series is set during this period when they actually lived together, which is a fascinating but little known period of American history, especially on the frontier where they lived.  Life was hard, and people died from all sorts of natural and unnatural causes (good for the mystery writer!).  The nation was riven by slavery – Illinois was a nominally free state but a virulently racist and strongly pro-slavery one – but the national conflict was still several decades from coming to a head.  Transportation and communication technology were just starting to change the way of life: for example, steamboats had recently revolutionized trade and travel along the Mississippi, but it would be a number of years still until the railroad, to say nothing of the telegraph, reached Springfield.
How does splitting your time between the US (New York City) and England (London) impact your view of the world?
London is an amazing world city with fantastic culture, unmatched history, and a vibrant writing scene.  I’ve found it a very creative place in which to write.
London has also proven unexpectedly relevant to my books, even though they’re set on the American frontier of the mid-19thcentury.  My latest book, Perish from the Earth, is set along the Mississippi River in 1837, when the great river was the western edge of the frontier of our young country.  London has a fantastic series of canals left over from the early Industrial Revolution.  These days the canals are used for recreation, and a number of people also live “off the grid” in houseboats moored to the side of the waterways.
I spend a lot of time running or bike riding with my youngest son along the canal towpaths.  One day I was biking along, watching people smoking and drinking, loving and fighting, and it hit me: if you abstract away the 21st century technology (iPhones, etc.), the London canals of the 2010s and the people who live and work along them perfectly recreate life along the Mississippi River of the 1830s.
What kind of research did you do (and continue to do) for your series? Original documents? Non-fiction? Do you visit the locations?

My books are the product of substantial original historical research.  I’ve visited the locations where my books are set; read lots of documents from Lincoln’s real-life legal cases; read innumerable first-person accounts from the 19thcentury about Lincoln; read the substantial extant correspondence between Lincoln and Speed and other members of Speed’s family, and conducted additional original research on Speed, who is a much less well known figure in history.
One set of sources in particular that I’ve mined are contemporaneous travel diaries.  Westerners at the time, like Lincoln and Speed, were mostly concerned with survival.  Life on the frontier was hard.  They tended not to write down a lot about their everyday lives.  But lots of Easterners and Europeans traveled to the Mississippi River Valley to see first-hand what was then the “Wild West”.  It was sort of the European Grand Tour in reverse.  Many of these travelers kept diaries, and I’ve tracked a lot of them down.  They provide an unmatched record of the details of daily life on the frontier in the 1830s, and I’ve relied on them to create in my books what I think is a very realistic portrait of Lincoln & Speed’s life and times.
How did the experience differ for you in writing your first, second, and now third book in the series?

On the good side, it’s a completely different experience writing a book when you know you already have a publisher.  In that way, the second and third, etc., books in the series are much more … comfortable, I suppose – to write.  Put differently, I worry as I’m trying to fall asleep about making the books as good as possible, but I don’t worry about having to sell them.
The flip side – and this is a problem I’m thrilled to have – is the multi-tasking.  I spent the past twelve months promoting my first book, These Honored Dead (which was published in August 2016); working with my publisher on the final edits and production of my second book, Perish from the Earth(published last month), and doing the actual writing of my third book, Final Resting Place (due to my publisher next month).  So I’ve been working on three books simultaneously, each in a different stage of the publication process.  Again, I’m very lucky to have this situation, but it can be a little head-spinning sometimes.
What are you working on now?
I’m very excited that my publisher, CrookedLane Books in New York, is continuing with the Lincoln & Speed series.  I am just about finished with the manuscript for book 3, Final Resting Place, which will be published in the summer of 2018.  Then I’ll be turning my attention to book 4.  I have a pretty good idea about what the story will be (hint: Mary Todd will play a large role), but I have yet to put pen to paper.  Book 4 should appear in stores in the summer of 2019.
Final Words of Wisdom:
A friend of mine who’s an independent movie director has a great saying: It’s always ‘no’ until it’s ‘yes’.  Or, put differently, as a writer you need to be wired to hear ‘no’ as ‘not yet’.  It’s contrary to our usual experience, but you need to take ‘no’ as encouragement – someone actually cared enough to respond to you! – and to push ahead.
My own path to publication illustrates this exactly.  My agent sent my first Lincoln & Speed manuscript around to about two dozen publishing houses. All of them said ‘no.’  But one of them said, ‘no, but we do really like this idea of young Lincoln as told by his best friend Speed,’ and the acquiring editor there worked with me for several months on different rounds of edits.  In the end, they passed.  My agent told me he’d never had a house spend so much time working with an unpublished author before passing, a statement that simultaneously made me pretty good and absolutely terrible.
I spent another year writing a new Lincoln & Speed book.  A few months after I’d finished, my agent happened to have lunch with that same acquiring editor, who was now running his own publishing house (Crooked Lane Books).  The editor asked about me, and my agent sent him the new book.  A few weeks later, I heard back, ‘no, but you’re getting closer,’ and the editor attached three pages of very helpful, very detailed notes.  He also invited me to follow up with him directly, although when I did he never returned my calls or emails.  Nonetheless, I spent another year rewriting the second book in response to the notes.  Three weeks after I submitted the new manuscript, the editor called to offer me a two-book contract.
So, depending on how you count, my current publisher himselfsaid ‘no’ to me four or five times before he said ‘yes’. It’s always ‘no’ until it’s ‘yes’.  Keep writing!
Finally, it takes a village to make a successful book series, I hope you’ll join me on social media.

What Does a Venezuelan Jail, Gang Members, and a Brand New Novel Have in Common? Christina Hoag!