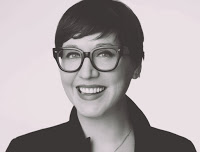 So happy to interview Barbara Bourland, ITW Debut Author for this week’s blog. Barbara is the author of I’ll Eat When I’m Dead, a murder mystery set at a fashion magazine. She is at work on Maniacs, its sequel, and her third novel, Pine City, is also forthcoming from Grand Central Publishing and riverrun. Find her @babsbourland on instagram and twitter. Click on her name to visit her website.
THE INTERVIEW

You went from being an unpublished author to having three books scheduled. I’ll Eat When I’m Dead (launched May 2 from Grand Central & riverrun) its sequel—Maniacs—and Pine City, (a standalone from Grand Central & riverrun, launching in 2019). What was the process that got you to this awesome trio of books?
Leaving Brooklyn and moving to Baltimore made all the difference. I’m easily distracted, and it’s been a gift to experience a slower pace of life and discover how much I can get done every day. To be really productive, you don’t need a standing desk, you don’t need powdered meal replacements, you don’t need a life coach: just stop doing things that don’t matter. (This is something I need to be reminded about every couple of months!)
Between the two in your series and the stand alone, you go from characters in high stress careers in New York City to an artist at an abandoned resort in the Hudson Valley. How did you arrive at such different backdrops for your storytelling?

I think those are two sides of the same coin. Creative work is more solitary than the business side, but it takes an enormous amount of pressure and discipline to produce something from nothing.
The protagonist of Pine City is incredibly driven, just like the women of I’ll Eat When I’m Deadand Maniacs; it doesn’t necessarily matter what their physical locations are, because they’re all in the same mental place. 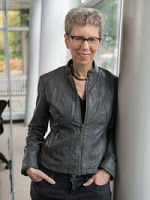 What would you like to be asked in an interview, but no one ever does?
“Can you hold for Terry Gross, please?” And we would talk about my book, but then! I would make the perfect joke and Terry would laugh, and laugh, and for the rest of the call we would be so busy becoming friends that the interview would be unusable.
How did your experiences writing for magazines inform your novel writing?
It taught me to embrace the garbage can. I’m ruthless in draft. I feel little or no agony about moving on from prose or plotlines that aren’t working, and I’m more efficient about working through a sentence or an idea that needs to be picked apart and/or rebuilt. Unless I think something is so funny that it can’t be abandoned—I’m still precious about jokes, mainly because I think if you can make yourself laugh the one thousand times in a row that you read a joke while a novel is in process, then you’re not delusional, it’s probably hilarious.
Your first novel only launched a month ago, any surprises in these early days of being a published author?
It’s really touching how many people have reached out to say they’re loving the book. I didn’t think I needed to hear that stuff—you have to really let go of a book when it comes out in the world—but of course it’s lovely to hear from readers.
What are you working on now?
I’m working away on Maniacs, the sequel to I’ll Eat When I’m Dead.
Final Words of Wisdom: Get off the internet.

(Except of course, for reading Elena’s blog. Okay, Barbara didn’t actually write that … but I’m sure that’s what she’d say!)
Thanks for visiting with us today, Barbara. See you in New York!