Skip to content
I’m thrilled to have ITW Debut Author Steph Broadribb as my guest this week. 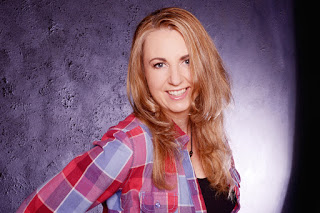 Steph Broadribb is an alumni of the MA Creative Writing at City University London, and trained as a bounty hunter in California. Her working life has been spent between the UK and USA. As her alter ego – Crime ThrillerGirl – she blogs about all things crime fiction at www.crimethrillergirl.com. Her debut novel – the action thriller DEEP DOWN DEAD – is published by Orenda Books.

To learn more about Steph and buy her book visit the links below.
Twitter @CrimeThrillGirl
Facebook https://www.facebook.com/CrimeThrillerGirl/
Instagram CrimeThrillerGirl
Deep Down Dead on Amazon.com
THE INTERVIEW
You actually trained as a bounty hunter in California, and now your debut novel launches a series about a bounty hunter. How much are you and your protagonist similar? How do you differ?
Well, I trained as a bounty hunter but my protagonist, Lori Anderson, is the real deal. She’s a single mom and bounty hunter, and has been earning her living from the business for ten years. She’s determined and positive – which I’d say I am, and she’ll do anything for those she loves – again something I’d say we share. But she’s definitely a braver person than me, she takes on the bad guys – often more than one at a time – and has to be smart and super effective to stay alive, I don’t think I could kick ass the way she does! (Lori is totally kick-ass!)
Tell us about your path to getting your debut novel published: 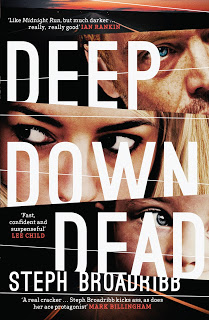 It all happened for me after I’d done the MA in Creative Writing (Crime Fiction) at City University London. Up until that point I’d been writing short stories and had a go at writing a novel, but by doing the MA I was able to totally immerse myself in the crime genre and get weekly feedback on my writing both from tutors and fellow students – it taught me to take critique and learn what worked well and less well as I developed my narrative and characters.
At the same time I got out and about to crime fiction festivals and conventions – CrimeFest, Theakston Old Peculiar Crime Festival, Bouchercon, and more – and starting meeting crime writers, agents and publishers. I was reading loads, and blogging as Crime Thriller Girl too.
I actually met my publisher – Karen Sullivan of OrendaBooks – at the Bloody Scotland Crime Writing Festival. I was pitching Deep Down Dead at the live pitching event, and she was there with her authors. We got chatting in the bar and she said to send her the book. It wasn’t until quite a while later, when I’d got my manuscript as polished as I could, that I sent it. But when I did Karen loved it, and her second reader – editor West Camel – loved it too. So I signed the contract with Orenda Books direct. Karen is an amazing publisher, her energy and enthusiasm for the books she publishes are limitless, and the whole experience of taking the book through the editing process, cover design, launching, and now going out on the festival circuit has been brilliant.
You’ve lived back and forth between the US and the UK. You chose to set your Lori Anderson series in the US (Florida, Georgia …). Why did you make that choice? How did it impact your approach to the character and the series?
I’m a huge fan of the action thriller genre and so I knew I wanted to write an action thriller and I wanted to have a female lead. The US is a great backdrop for a thriller – each state has its own personality, and the geography is varied and the scope to move across vast distance is huge. In the UK we’re much more constricted on space so the lure of setting a novel in the US was strong.
I got the idea for Lori Anderson as a character when I was driving from the mountains of West Virginia into rural Virginia – inspired by the discovery that the taillights on my hire car weren’t working and finding out that the nearest place I could get them fixed was over a hundred miles away! I stayed overnight in a rundown motel and from then on only drove in daylight. 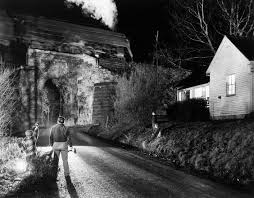 But it got me thinking – what if you had to keep driving and your taillights were out? And what if you got pulled over by a State Trooper because of it? And what if when they leaned into the car to take your license they heard banging in the trunk from the person you’d put in there? It started me thinking about the sort of person who might travel with a person in their trunk and why – and that’s how Lori Anderson came about! It was really important to me that she was independent and solved her own problems, but had vulnerabilities too. Lori’s a modern woman – she’s got her own career, and works hard at being a good mom – but there’s a tension between the two, and she finds herself pulled in opposing directions. (I think you do a great job showing us that tension)

You also write under the name Stephanie Marland, with the first novel under that name launching later this year in ebook and in paperback next year. How do you juggle writing multiple books under multiple names with two different publishers? How different are your experiences with the different publishers?
Well, I don’t sleep very much! But seriously, in terms of juggling multiple books it’s been really important to have set deadlines for each so that I can plan out my writing year and everything gets delivered on time. I also work full time at a University, so I have to juggle the day job with the writing too. (Okay, I’m feeling a little wimpy in comparison right now…)
I’m really lucky that my fabulous agent, Oli Munson of AM Heath, London, and both my brilliant editors – Karen Sullivan (Orenda Books) and Sam Eades (Trapeze) – work together on the sequence of publication to make sure there are no date clashes and so the deadlines fall easily from that. I write everyday of the year, and keep a running tally of words so I know if I’m on track.
My experience with both publishers has been amazing, and I’ve loved the editing process – getting the opportunity to work with these talented and passionate editors really is a gift, and it’s helped craft and polish the books in a way it’s hard to do when it’s just you as a writer. I count myself very lucky.
You are interested in mystery, thriller, and true crime. What drives your interest in those genres? What got you started reading and writing in the crime thriller world?
I love the mystery of a crime thriller – the questions posed, and the nail-biting suspense until they are answered. It’s a story telling narrative that lets me fully immerse into it; I want to puzzle out who did it, or why they did it, or what will happen next.

The first proper crime novel I read was Sherlock Holmes in Hound of the Baskervilles. I was eight years old and it terrified me and captivated me – and I adored it! I’ve been a crime thriller fan ever since, and am a huge fan of Lee Child, Mark Billingham, Ian Rankin, Jeff Abbott, Sue Grafton, Zoe Sharp and many others. (Now if I can only get you to add Elena Hartwell to your list …)

What are you working on now?
I’m currently working on the second book in the Lori Anderson series – DEEP BLUE TROUBLE – which will be out later this year in ebook and early 2018 in paperback.
Final Words of Wisdom:
Keep writing. Get feedback on your work. Learn and be determined. Never give up!