Spent the weekend in Georgia for the Decatur Book Festival. My computer, however, was back in North Bend, so the second half of my interview with Steve is a few days late. Sorry about the delay, but it’s definitely worth the wait!  Scroll down to read Steve’s biography and the previous blog post for Part I of our interview.

You’ve spent time in many different environments and have actively worked to save animals, habitat, and curtail illegal human behavior in the wild. In addition to being an advocate for nature, do you have one particular animal or place that is extra special for you?
I’ve often said that I must have been a dolphin in my past life, because I’ve never felt more at peace and at home than when I’m swimming beneath the ocean. I also feel an immeasurable reverence for mountain streams. As far as the animal world goes, I’ve been awestruck by up-close and personal encounters with everything from butterflies to humpback whales.

Steve and I have a lot in common with our love of the natural world. The highlight of my weekend in Atlanta was viewing the manta rays, whale sharks, and sea turtle, who have been rescued and are now either living out their lives or being rehabilitated at the Georgia Aquarium. 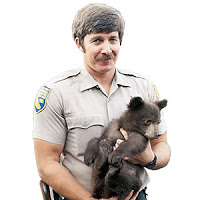 What was the most challenging part of becoming an author?
Having been in law enforcement for thirty years, my biggest challenge in becoming an author was learning to write in such a way that my prose didn’t read like an arrest report. As they say, show, don’t tell. I still find myself wanting to describe characters as six feet tall, weighing 250 pounds, with brown hair and blue eyes. (Hey… wait a minute, isn’t that a description of you, Steve?)

I write columns for two magazines: Outdoor California  and MyOutdoorBuddy.com. I also maintain a blog and try to stay as active as time permits on social media. My monthly schedule generally includes presentations, book signings, and radio interviews. As for my next book, I’m currently working on a mystery novel, and I’m considering one or two other possibilities for a fourth book.
Final Words of Wisdom:
My advice to other writers or aspiring writers is to write about what you know, tell a good story, and above all, enjoy yourselves. For those of us in our sixties and beyond, the prospect of losing our cognitive abilities looms large. Writing is not only a wonderful form of expression, it’s also good for the brain. 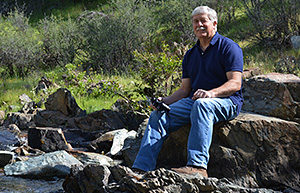 Steven T. Callan is the award-winning author of Badges, Bears, and Eagles—The True-Life Adventures of a California Fish and Game Warden, a 2013 “Book of the Year” award finalist (ForeWord Reviews). He is the recipient of the 2014, 2015, and 2016 “Best Outdoor Magazine Column” awards from the Outdoor Writers Association of California. Steve’s sequel, The Game Warden’s Son, was released March 1, 2016, by Coffeetown Press of Seattle, and is the focus of his 2016 book tour.