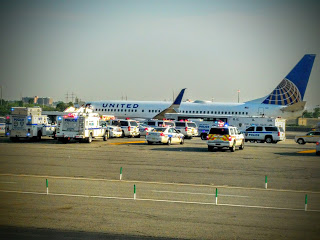 An interesting first day in New York for ThrillerFest 2016. Landed at Newark just before 8am, only to find a rather interesting scene. I’m still wondering what was going on with this plane… 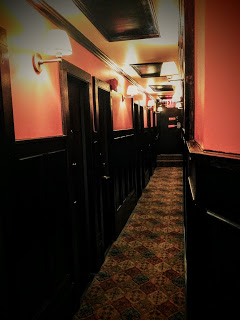 The Jane Hotel – my home away from home for the next couple of days – reminds me of being on a train  in Europe … narrow hallways and tiny cubicles, but the building doesn’t clickity clack and I anticipate waking up in the same country I go to sleep in.

After settling in, visiting with a friend, having a nap (I can’t do the red eye flights like I used to), I head out for the Grand Hyatt. 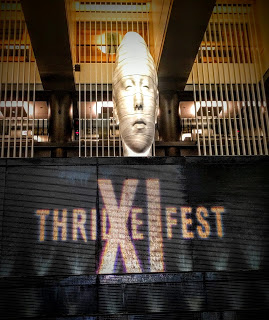 It’s  easy to know when I’m in the right place. 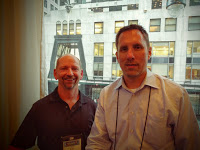 Hanging out with writers is always entertaining. 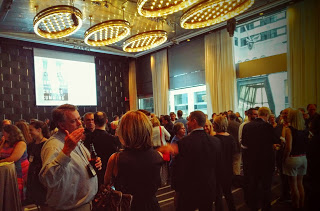 Especially a whole room of them.
After a glass of wine and some good conversation, I head back out onto the streets.
Only to find 42nd blocked off … and 41st … and… Protests over the recent police shootings are taking place near Times Square.  People and police cars block the streets. The air flashes red from emergency vehicles and a helicopter circles overhead. 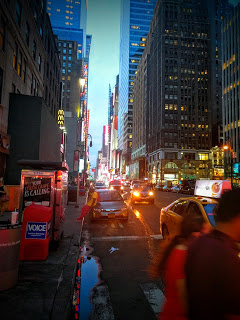 My day has been bookended by hints of violence. The potential for something to explode. I’m not afraid, neither event made me fear for my own safety, but I’m fully conscious of a precariousness to  calm. The air crackles with the possibility of something spilling over and spilling out. 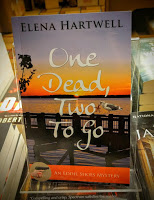 Mystery and thriller writers weave fictional stories around acts of violence. Though my novel is lighter than most – with humor and character relationships at the heart of things – I’ve had reminders lately of how fast things can become dangerous in the real world.
I wonder what tomorrow will bring – I’m hoping it starts with a bagel … and calm.

Self-Publishing, to wait or not to wait…